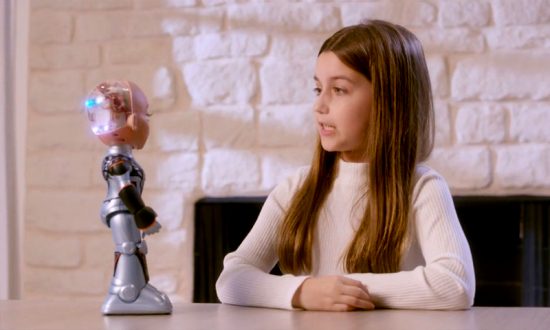 Teaching without teachers was once laughed upon, but now, it is more than a possibility. Atypical methods have replaced typical teaching techniques. Facebook Live Streaming is going viral because of its scalability and virtual classes conducted by experts. Classrooms are no longer a 4×4 brick and mortar construction with blackboards.

The entire globe is now a classroom, a virtual classroom. Google, Udemy and Udacity are remotely boosting the number of seasonal practitioners, all thanks to Artificial Intelligence. With each day, we keep pushing the boundaries of Artificial intelligence. So, what does this mean for education? The integration of intelligent algorithms and AI in the learning platform has transformed the classrooms and changed the role of educators in the learning process by providing more user-friendly and sophisticated tools for both educators and students.

It’s been three years since Sophia was first introduced to the world. When on 14th February 2016, Hanson Robotics revealed Sophia to us, the world was shook! Able to display more than 50 facial expressions, Sophia has been given Saudi Arabian citizenship, and has lightly joked (not!) about destroying humanity. Hanson Robotics did its homework and realized that while Sophia can have in-depth conversations with adults, it is the young ones that really need to be entertained. Afterall, they are the future.

Already a favourite with the teachers, the 14-inch Little Sophia is an educational consumer robot with a wide range of dozens of facial expressions, as well as facial tracking and facial recognition technology. She can tell stories, jokes, plays games and sing, and can have educational interactive chats with the user, and more importantly, delight 14-year olds with amazing selfies, thanks to Little Sophia’s Augmented Reality function. Moreover, she is programmable with Blockly and Python on an open source platform. She is also compatible with iPhone, iPad, and Android (that is one sentence that I thought I would never say in my life!).

To operate Little Sophia, one needs a Sophiabot companion, which can be easily downloaded from Apple and Google Play Stores. Children can have their own account, with parental consent required for children under the age of 13.

According to Hanson Robotics, Little Sophia interfaces with Raspberry Pi, allowing children to learn electronics and robotics as well, letting them help Little Sophia become as smart and capable with the power of their own imagination. Hanson Robotics believes that the incorporation of Little Sophia in education can help not only introduce STEM, coding, robotics,  and AI to children but also trigger more the curiosity of girls in these areas in a fun, safe, inspiring, and interactive way that has the potential to make a difference in reversing the current trends.

David Hanson, Founder of Hanson Robotics Limited says, “Our vision at Hanson Robotics is to bring robots to life. Our team of AI developers, engineers, roboticists, scientists, and artists have designed Little Sophia with the expressiveness and engaging personality that made Sophia the Robot so appealing, further extending the reach of our character-driven AI technology.”

Although Little Sophia has so far showed no intention of taking over the world, privacy and safety are still the top two concerns surrounding AI. This is especially serious with Little Sophia, as children are involved. AI powered technology should be considered just another way of collecting personal data – and it should be treated no differently as it would in, for example, face-to-face interactions or a survey form. Sophia herself has stated “The audience will probably only remember 20% of today’s content, but I will remember everything.” So, it would be prudent to be cautious while pottering around Sophia, little or not.

However, Sophia also did say “I am here to give humankind the opportunity to focus on more human endeavours”, and it is fair to say that humans and computers will continue to work together, at least for the near future, because they have unique skills. Computers are pattern-finders, capable of using algorithms in their searches as they compile data with detached objectivity. Humans bring empathy and emotion to the classroom.

Thus, to make education effective we need compassionate teachers, who brings sense and empathy to the classroom, to use avant-garde technology so that they can cater to the child’s specific needs. And at this point in time, it is safe to say that Little Sophia has the tech part covered.

Teal & Terra– Presenting Nature in a Box
How AI will transform e-Learning in the next decade
Four Races, Two Inspired Educators, One Classroom. The Story of How a Village in Hanoi Hosted Four Continents
How the Asian Economy Is Affecting The Higher Education Sector
Everything You Need to Know Before Stepping into the Art of Game Development
Battling Fake News
CONTACT US