Home /INDUSTRY, INDUSTRY PERSPECTIVE/Everything You Need to Know Before Stepping into the Art of Game Development 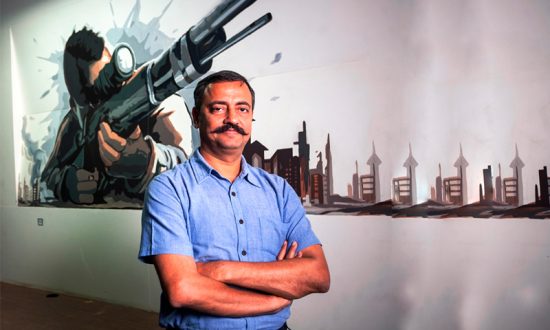 Manvendra Shukul is Co-Founder of Lakshya Digital and serves as its CEO. An undisputed gaming guru in India with over 20 years of experience, he has been a pioneer in the Indian video games space. Shukul has developed the first 3D game engine in India and has been responsible for setting up and running one of the largest animation studios of India. He is also a regular speaker at the GDC and NASSCOM events. His process-driven mindset has given Lakshya the huge advantage of SWAT®, a comprehensive workflow application that and its clients together seamlessly. Despite his stern looks, he is a people’s person at heart – a fact amply demonstrated by the fierce loyalty of his team and staff members.

Initially catering only to a niche population, Gaming is now a main stream phenomenon. The rise in the popularity of gaming is partly due to the increased accessibility that the public has to them. You can download a game onto a smart device at the tap of the screen. The advent of smartphones and high-speed internet has brought gaming into households across the globe and the rise in gaming runs parallel to the rise in smartphone adoption in India.

The Global gaming industry which comprises game developers, service providers (outsourcing companies that help with art creation, testing, localization, audio, visual effects and so on), and hardware manufacturers is currently pegged at over $100 billion globally. The industry is growing globally, and India is no exception. The Indian gaming industry is currently valued at over $ 890 million (approximately Rs 6000 cr) and accounts for roughly 1% of the global gaming industry and is poised to become one of the world’s leading markets in the gaming sector.

India got off to a very slow start in the business of outsourcing of game development and got a foothold barely a decade and a half back, around the same time when Lakshya was formed. However, India has done extremely well since then and inched very close to China, which has been the dominant player in this space. The growth potential of GPO industry is much like the BPO industry in India andowes much to the availability of a large trained talent pool in the country at competitive rates. There are additional reasons like familiarity with the English language, inherent cultural flexibility of Indians and their ability to quickly absorb and engage with people of other cultures and many more.

The Indian digital gaming industry is now growing rapidly and has a huge potential can be gauged from the fact that top international studios such as Electronic Arts, Ubisoft, Rockstar and Zynga have already set up development centres in India and behemoths like Alibaba backed-Paytm, Tencent, Youzu and Nazara are investing in it.

In the last few years, gaming industry across the globe has witnessed the rise of AR & VR that has been instrumental in propelling the growth of the industry. Augmented Reality (AR) creates an immersive experience within the game’s existing environment. With the runaway success of Pokémon Go in 2016, AR stepped out of the shadows of its better-known sibling Virtual Reality (VR). A host of companies have now jumped on to the AR gaming bandwagon.

While there are already lots of development in the VR area, experts predict newer developments – including the introduction of new VR gaming headsets different from popular breeds such as Oculus Rift and Google daydream – around haptic feedback and cloud-based VR gaming.

Augmented and virtual reality are indeed the future of gaming. The Nintendo Wii u and the Xbox Kinect are some examples, primarily focusing on games involving motion control and requiring VR headsets. The ultimate dream for any game developer is to give a unique and realistic experience to every player – to create a game that adapts to the skill level of the player and keeps them engaged without confusing, boring or frustrating them. VR and AR hold the key to a future where gaming reaches that high a level of experience, responsiveness and depth.

A wide range of career options have opened by the gaming industry, in disciplines as diverse as Design, Art, Programming, Testing, Project Management and many more.  Each discipline requires a distinct skill set and one can opt for a career in any discipline depending upon the skills and interests of the aspirant. Game Art, for example, which involves the creation of 2D and 3D graphics and animations (this includes all the interesting characters, exotic environments, exciting animations and so on that one sees in a game) is well suited for those with an interest and aptitude for visual arts.

There are varied job titles in the Game Art discipline, typical ones amongst which are:

Artist: This is a starting position and entails hands-on art creation under the supervision of a Lead Artist.

Senior Artist: These are experienced artists who have been in field for at least 4 to 5 years and typically are entrusted with the more complex art creation tasks on a project. They are expected to work independently (with minimal supervision or direction) and may sometimes be required to take one or two junior artists under their wings.

Lead Artist: They lead teams of artists in specific areas such as Character creation or Environment creation. These are experienced and talented artists with team management capabilities.

Art Director: The one who leads the artistic team and is responsible their management. They lay out the artistic vision for a game. This is a senior position that requires not only visualization and artistic ability, but also strong leadership skills.

One needs a good understanding of the specialized techniques and processes involved in creation of game art. While artistic ability is a key pre-requisite for a career in Game Art creation, one also needs to be skilled in the use of digital tools like Maya, Max, Photoshop, ZBrush, Substance Designer and so on, and have a basic understanding of how game engines such as Unreal and Unity work, which are complex software on which a game is usually made. The most important skills though are a passion for gaming and being a team player!

One of the biggest changes that is likely to take the video games industry by storm like never before is Google Stadia which was announced recently at the GDC, San Francisco.  We are looking forward to this Cloud gaming service or video game platform that hopes to deliver instant access to your favourite games on any type of screen — whether it’s a TV, laptop, desktop, tablet or mobile phone. If it is successful, games will be available in resolutions up to 4K and 60 frames per second with HDR and surround sound, you won’t have to purchase an expensive gaming box, and there will be no fear of hacking or pirating.

The other development that we have observed and look forward to, is the increasing budgets allocated to developing games. The gaming industry is seeing continued growth with potential for much more and thus more and more developers are investing heavily in games. Consequently, the game process outsourcing industry is also witnessing higher investment be it Game Art, Audio, Testing or Localisation.

Advice to the Aspirants

Adapt yourself according to the rapid changes in the tools, technology and processes associated with the industry since Change is the biggest challenge faced by job aspirants in any industry today. Invest time and energy (and if required, money) in constantly developing your technical skills. At the same time, ensure your work is relevant to international clients. You can do that by updating yourself with international trends and pop culture. The best artists never stop learning through their lifetime and let’s not forget practise makes a man perfect. (As told to the editor)