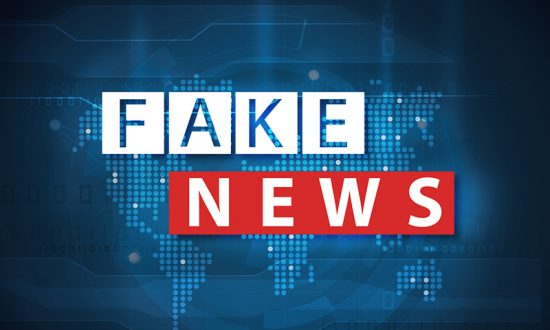 Recently in South India, a couple lodged a complaint with the cyber security department for defamation. The newly married couple was devastated to see their wedding photo being circulated in WhatsApp with the caption, “Woman’s age 48, Man’s age 25. Woman’s asset worth Rs 25 crore. Dowry: 101 sovereigns and Rs 50 lakh. The rest will follow”. Meanwhile, the truth is that the bride was 27 years old and the groom 29, not that it matters in any way. Why this caption was made believable is because the bride looks older than her age, again, not that it matters. The couple submitted screenshots of the messages they received on their various social media platforms as evidence. Based on this, the cyber cell department and the police nabbed 5 young men. These 5 are now booked under Section 499 (Defamation), Section 500 (Punishment for Defamation) and Section 509 (Word, gesture or act intended to insult the modesty of a woman) of the Indian Penal Code. The troubles started when the groom’s family put an advertisement in a local daily. First the perpetuators circulated the photo in the advertisement and later the original wedding photo, with abusive remarks portraying them as mismatched couple. The body shaming, often with sexual overtones, shattered the lovely couple. Although the accused have been brought to justice, nothing can compensate for the psychological trauma that the couple is going through.

Battling fake news is like pest control. We need to keep closely inspecting our forwards and trimming our inbox. Social media giants are taking steps to counter this issue, but we are far from safe. For instance, Instagram has become the newest hotbed for fake news. Another social media platform, Facebook, is now considering to hire a new generation of digital-era journalists and news publishers just to deal with fake news. The alarming fact is that Mr. Zuckerberg himself has no idea how many fake profiles are present on his platform. Fake news thrives when there are changing times. Like for instance, an election. Indonesia is now getting ready to witness its general elections and has prepared itself for a deluge of fake news. A prime example of how fake news creates rifts is the case of Jakarta’s Chinese Christian governor, Basuki Tjahaja Purnama. Better known as Ahok, the governor was the subject of a massive online disinformation campaign, sparked by a doctored video that appeared to show him insulting the Koran. Amid a flood of online content that fuelled political and social tensions – including anti-Chinese sentiments and hard-line Islamic content aimed at influencing Muslim voters – Ahok lost his bid for re-election to his Muslim rival and was eventually jailed on “blasphemy” charges. He was recently freed after the officials realized that the news was fake.   Now, the Indonesian government has been taking a strong stance in stamping out online falsehoods. Since October last year, the Communication Ministry has held weekly briefings on “fake news” to educate the public on disinformation. This has led to authorities blocking access to websites deemed as “fake news,” and the arrests of 14 members of the Muslim Cyber Army, a network accused of producing defamatory campaigns and hate speech to inflame religious and ethnic divisions. The government has also set up a team of engineers to monitor social-media traffic and other online platforms for violations of the Information and Electronic Transactions Law.

One thing that we need to keep in mind is that fake news does not limit itself. Politics, entertainment, lifestyle, beauty and health. Nothing escapes the vicious claws of online fake news. In the case of Basuki Tjahaja Purnama, the onslaught began as a political gimmick. However, for the south Indian couple, it was 5 jobless men who did the deed. Having said that, an umbrella solution cannot be carried on as different countries have different disinformation landscapes and they have context-specific fractures that are vulnerable to exploitation via disinformation campaigns. More important, in different countries, disinformation campaigns are carried out by different entities including syndicates, terrorists, and, at times, by government bodies.

Another example of senseless fake news is the untimely death of Rowan Atkinson. The world mourned for Mr. Bean, while the man himself was hale and hearty. It took a few days for the world to finally realize that their beloved comedian was after all alive. Why did people believe this in the first place? Because the post had a “BBC News” tagline stating that the man had passed away.

Educate Young Minds for a Safer and Better World

While we are yet to discern what these fake news creators gain from these, we should arm ourselves with the necessary ammunition to battle hoaxes. Kerala, a state in South India has already started to teach their children to wheedle out fake news. Officials in the coastal district of Kannur have started conducting ‘Fake News Classes’ in English and Malayalam to help children in identifying real stories from fake ones. Each class lasts up to 40 minutes, and these classes are being taught in 150 out of 600 government schools in Kannur. The classes are the first of its kind in India, and use a combination of words, images, videos, simple classroom lectures, and skits on the dangers of forwarding WhatsApp messages mindlessly. The BBC calls this a “war on disinformation” wherein children are the foot soldiers. One primary reason as to why the district is the forerunner in eradicating fake news is that in 2017, parents of more than 2.4 lakh children in Kannur refused to get their child vaccinated after the spread of a fake message. The fake message claimed that vaccines were harmful to kids.

Till the world reaches a consensus on fighting fake news by holding perpetrators and cyber bullies, what we can do is be mindful of our forwards. Do not take any message, however important and trust worthy they seem to be, on their face value. Critically regard everything that passes through your inbox, because even if you do not create fake news, you most certainly do not want to be a part of the messy chain.