Home /ACADEMIC/Reconstructing Narratives: A Bridge for the Next Generations

Reconstructing Narratives: A Bridge for the Next Generations 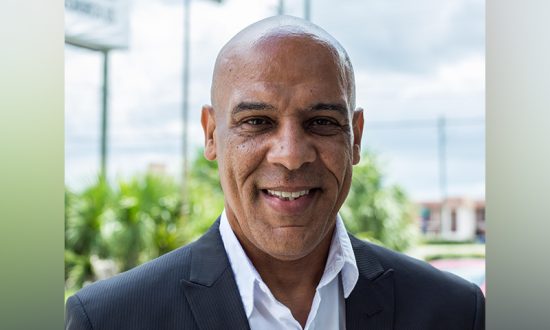 As an English as a Second Language (ESL) teacher in New York City, Manuel Hernandez had many recently arrived students from all over the world. Determined to bridge that gap, he discovered culturally responsive teaching. Purpose called him to come to Central Florida and use his teaching experience to facilitate language learning and get young adults (particularly immigrants) college and career ready. After several years in Florida, he has been able to help open the academic doors that were shut for many of the recently arrived students. His Coming to America (CTA) educational program has impacted second language learners in Florida. Likewsie, his recently published book, “Every Child Coming to America” is a testimony of how much English language skills are developed when culture is represented and reflected in the new-found educational experience of the young teen immigrant.

The minority population in Florida has gone haywire! According to USAFacts | Nonpartisan Government Data, Florida’s population has grown 15.8 percent in 2010 as compared to the national average of roughly 8 percent. That was twelve years ago. With the increase comes a great number of second language learners, and there are also many uncertainties in terms of how the newfound immigrants should receive a quality education. As more and more second language learners settle in Florida, there is a need to reconstruct narratives. Young teenagers who immigrate/migrate to the state of Florida, particularly because of natural disasters (Hurricane Maria), war, political instability, and famine, carry with them narratives that are often quieted. In the classroom, relocation stories and instances of pain are rarely used as tools for recuperation of the immigrant/ migrant experience (Centering Immigrant Youth Voices: Writing as Counterstorytelling, The English Journal, Vol.109, No.5, May 2020 pp.35-42). While education in Florida was designed for native speakers of the English language, a culturally responsive education can integrate a variety of written and communication skills and build bridges to facilitate English language skills, and empower second language learners to become college and career ready.

The educational system has bowed down to the disparities and inequities of a system that was not necessarily equipped with the tools and resources to meet the academic expectations of a growing minority population. The Florida Consent Decree (1990) provided a doorway, but the immigrant population growth has superseded the Decree’s good intentions of providing second language learners with the basic resources available at entry levels within the initial stages of registration and cultural adaptation in the educational system. While student demographics continue to diversify at a rapid pace, there is no alignment between its growth and the educational strategies fostered by the system. One of the greatest strategists of all time, Jim Rohn, stated that “success is 20 % skill and 80% strategy”. Expecting better and more improved results while staying within the same blueprint is simply counterproductive. The risks of inertia and the fallouts that come with inactivity are at their highest level.

A strategic pathway towards alignment is the storytelling writing process. To regain their stories, young people need opportunities to rebuild narratives they hear about themselves—narratives that are “lacking” their voices—in their own contextual, linguistic, and complex forms. Allowing students to write, speak and shout their stories constructs a bridge from one lost culture to a found culture here in Florida. In the words of the scholar, Dr. Luis “Tony” Baez, “they are young people that give you their most personal, and often soul-searching descriptions of the challenges of arriving in a different educational system, a different language and culture, and who survived and attained relative success.” Their stories became treasures—described and narrated in their terms which helped them cross the bridge to further academic, college and career, and personal success.

Developers, real-estate moguls, and mega-corporations have lured and conquered the pockets of families that escaped their countries of origin, yet arrived with hopes, dreams, and uncertainties. Undermining original resources and sources created and authored by students and educators is stalling the opportunity to hear their voices through storytelling and closing a door to a scientifically proven strategy that embodies the Florida Consent Decree’s statement, “1. Districts shall provide appropriate home language instruction or ESOL content instruction or a combination of the two in basic subject areas in addition to basic ESOL instruction. Examples of appropriate ESOL instruction in basic subject areas include “ESOL content,” “sheltered”, “structured” and similar ESOL strategies.” (Consent Decree (fldoe.org). ESOL or ESL strategies may include the use of culture-based instruction within the allotted time frame to build a bridge toward English proficiency.

Some will argue in support of providing documents such as “Of Plymouth Plantation” (William Bradford) as a launching pad for the initial days and weeks in the English Language Arts (ELA) classroom for juniors in high school. In the narrative, the so-called Pilgrims detail their shortcomings, pitfalls, and encounters with Native Americans in the journey from England/Holland across the ocean with a “lucky” landing in Cape Cod. The document is one of ELA’s core documents at the high school level, but the connection is only established intentionally while comparing the 17th-century Pilgrim to the 21st teen immigrant’s journey from Central and South America to the Sunshine State. While the compare/contrast and culturally relevant strategy are not “stated” in the curriculum, the results of the student’s interest and development of English Language skills once the bridge is constructed are amazing. The diversity of student demographics is more than just diversity; diversity implies change and change requires new strategies.

Once the connection with literature is developed, the storytelling-writing process becomes imminent. As soon as writing is encountered, speaking, and listening skills are also mastered. The scholar emeritus of the Transactional Reader-Response Theory, Louise Rosenblatt credits the strategy: “all readers have individualized reading experiences because each reader has unique background schemata.” The interaction between the reader and the text constructs meaning, and a student’s story adds meaning, value, and authenticity to the academic process. It is like turning on a light in deep darkness. The light is activated to build bridges to facilitate English language skills and empower second language learners to become college and career ready at the same time. At a conference that I attended at the University of Puerto Rico, Rio Piedras Campus in 1996, Dr. Eugene Mohr, a legendary scholar on Nuyorican Literature asked the 50-plus participants the following question, “how many of you have written your story?”. There was silence in the audience. Then he added, “how many of you know that your story is universal?”. A generation ago, Mohr discovered a treasure of “undiscovered territory” (Hamlet), the reading-writing experience of storytelling is the key to a revelation that can unlock unlimited potential, especially in a student who has arrived in a foreign country and faces the ordeal of learning a new language, adapting to a new culture and mastering the expectations of a system built for native speakers.

What Makes Public Relations a Fascinating Career Choice
Importance of Teaching Energy Transition and Climate Change
Will MBAs Ever Get Outdated?
Canberra’s Digital Transformation Push Great News for Technology Students
Why Opt for an Ivy League College?
The Pivotal Role of Technology in the Education Sector
CONTACT US