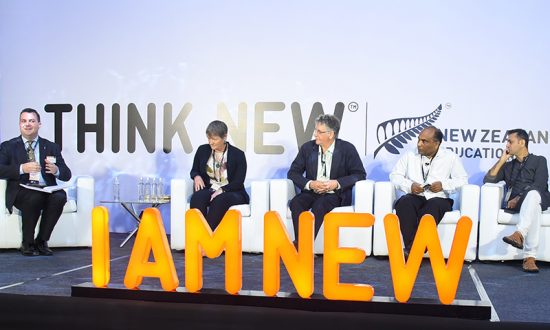 Researchers, professors and experts from leading Indian and New Zealand universities met in Mumbai today, for a ground-breaking academic conclave to enhance the impact of universities in driving global innovation.

The conclave builds on a 51% increase in the number of Indian students choosing to study in New Zealand universities through to June 2019, and New Zealand’s ranking as the best English-speaking education system in preparing students for the future by the Economist Intelligence Unit.

This academic conclave headlines a series of academic mobility initiatives across India including a ‘Guest Lecture Series’ from 14 to 26 August featuring 42 lectures by 14 New Zealand academics across major Indian Institutes of Technology and universities in Mumbai, Delhi, Pune, Chennai, Ahmedabad, Punjab, Bangalore, Kochi, Jaipur and Kolkata.

“We are delighted that Indian students are future-proofing their careers by choosing to study in New Zealand, particularly given the recent introduction of a 3-year open post-study work visa for Bachelor’s, Masters and PhD Degree international students. This week’s academic conclave and guest lecture series are one of many initiatives New Zealand is undertaking to build education relationships with India, and we look forward to welcoming more quality Indian students to our world-class universities and institutes.” says John Laxon.

A further four sessions brought together academic thought leaders from all eight New Zealand universities along with eight of their Indian counterparts. The conclave closed with an inspiring session Ignite Innovation by Ashish Hemrajani, CEO & Founder, BookMyShow.

Why Opt for an Ivy League College?
What Makes Queensland One of the Preferred Study Abroad Destinations?
Emerging Countries for Indian Medical Aspirants
Studying Medicine in the Caribbean
Be Prepared for the Transition in the World of Work
Adichunchanagiri University’s Adichunchanagiri College of Pharmacy: The Pharma Education Specialist
CONTACT US