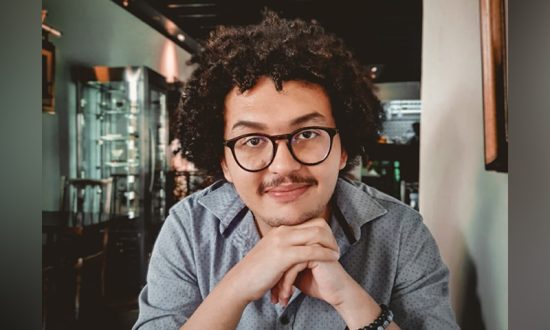 Ahmed Jouini is an associate professor of English, certified teacher educator, freelance translator, and an IELTS certified instructor who has 5+ years in education. Becoming a university teacher at the age of 24, Ahmed has a 3-year of experience in higher education during which he has been part of numerous projects focusing on education in Tunisia. He has recently graduated from the TC-Tunisia Foreign Language Teacher Education, which is a two-year initiative that was designed by Columbia Global Centres, Tunis in collaboration with Teachers College, the U.S. Department of State, and the Tunisian Ministry of Higher Education and was launched in February 2021. Ahmed is also a supervisor of final-year projects in the department of education and social sciences at the University of Gafsa, Tunisia.

Education in Tunisia has followed the French, Napoleonic paradigm since the country’s independence in 1956. This model has established a centralized role of the state in curriculum development, which has persisted until the present moment. The influence of the French school of thought on language policies (LP) has been reflected in the country’s approach to considering the French language as the second official language of the country. Despite the colonial history that is associated with France, French remained “esteemed for its connotations of modernism” (Stevens, 1983, p.101). The emergence of English as a global language in the last three decades, however, has presented a challenge to Tunisians (LP). According to Hemissi, English is growing as an alternative language option (1985). Indeed, today, English language teaching has become a field of significant importance in Tunisia. Engineers, doctors, scientists, and other professionals now worry about their English language proficiency for various reasons: the needs of the job market, the prerequisites of their academic fields, or even their social status. English is now a part of the social fabric and economic cycle of the Tunisian nation. The present situation raises the issue of the status of teaching English as a foreign language in Tunisia.

TEFL has undergone numerous adjustments to improve the standing of the English language in Tunisia. In the 1980s, The Pioneer Secondary School was established by the government as a new project to introduce English as the medium of instruction for all disciplines in order to create highly qualified graduates to continue their studies in English. Teachers were recruited and given specific training, and new materials were created (Boukadi & Troudi, 2017).

In the 1990s, the communicative approach was the trend in English language teaching. Consequently, to accomplish the goals of this method, a new locally created textbook series was introduced in 1993. During the same decade, English was made compulsory for all pupils and sections of the secondary level. The government then decided to introduce English in primary school, first as a club with no assessment and no tests, and then as a mandated subject with a curriculum and assessments (Boukadi & Troudi, 2017).

In February 2009, the Ministry of Education and the British Council inked an agreement to develop the English reform project, which aims to produce a new generation of school leavers who are proficient communicators in English, Arabic, and French. Based on my personal experience as a former student and a teacher today, the results of this attempt remain limited due to the clear downfall in the number of proficient trilingual Tunisians in recent years.

The creation of a new bachelor’s degree specialized in the sciences of education in post-revolution Tunisia represented a spark of hope in a radical educational reform where English becomes the second official language of the country. This turned out to be unachievable again for this bachelor’s degree maintained the status quo in language policy in Tunisia. Not only that, but it also kept promoting the same model of the 1990s in English language teaching. Not counting individual efforts to keep up with the latest literature on the matter, the official curriculum used to teach English to preservice teachers has been vague and out of touch with the latest trends in TEFL.

The TC-Tunisia Foreign Language Teacher Education Project is a two-year effort begun in February 2021 by Columbia Global Centers | Tunis in conjunction with Teachers College, the US Department of State, and the Tunisian Ministry of Higher Education. This project aims to strengthen Tunisian instructors’ capacity and support young learners throughout Tunisia. Columbia University and the Ministry of Higher Education have created a nationwide English language curriculum model to train and equip two cohorts of 30 university instructors across the country in ten graduate schools.

Participants in this project received four professional development modules that will provide them with in-depth information in planning and evaluation, teacher education, knowledge integration, and other areas; vital tools that will allow them to serve as mentors for future participants.

December 2022 marked the end of the whole program after a field trip during which the trainers evaluated the level of implementation of the knowledge received during the training by Tunisian university teachers. The program also hosted two international symposiums in which Tunisian teachers presented their works around task-based instruction.

The aforementioned program represented an excellent opportunity for Tunisian English language teachers to be introduced to the latest trend in learning English worldwide: task-based instruction.

Most Tunisian English teachers have been receiving pedagogical training that advances the PPP paradigm (Present, Practice, Produce) as the best way of teaching a foreign language. In reality, however, the literature revealed many flaws that drove researchers to embrace TBLT as a better model.

Task-based language teaching (TBLT) is a method of teaching foreign languages that emphasizes the use of real-world tasks to help students learn language concepts and strategies. This method is based on the principle that language learning involves two components – knowledge of the language structure and the ability to use the language in different situations. TBLT allows students to learn both components of the language simultaneously as they complete a task.

The introduction of TBLT by university teachers in the department of education signals a strong academic effort to revitalize the stagnating area of English language teaching in Tunisian classrooms, even if the curriculum presented is similar to the first one used since the inception of the department. In this sense, English as a language is not only being used in socio-economic contexts because of globalization but is also being implemented in a principled way in academic contexts, which can be seen as a structural push against the ever-present dominance of the French language in Tunisia.

Careers and Universities
Learner ‘Hacks’ for Higher Education
Out-of-Class Students’ Assignments: Does it Really Work in the Era of the Digital Age?
The Importance of Liberal Arts Education – Today and in the Future
A Window into the Understanding of Youth Today
Creating a Superior Learning Environment for Future Entrepreneurs, Leaders, & Innovators
CONTACT US