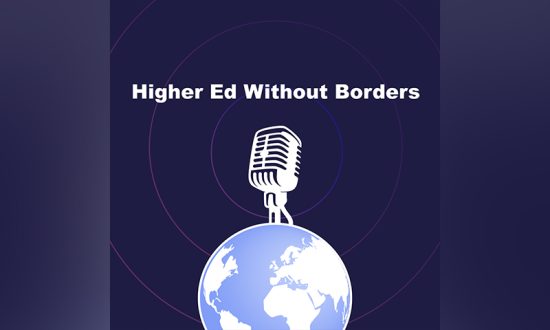 Edu Alliance announces the launch of Higher Ed Without Borders a podcast series dedicated to education professionals worldwide.  The series is hosted by Dr. Senthil Nathan and Dean Hoke co-founders of Edu Alliance. Each episode is a half-an-hour-long conversation with international thought leaders that will enlighten and provide some new thoughts on critical issues facing higher education globally.

The initial 13-part series will begin on June 7th and a new episode will air every two weeks. The free podcast series will be available on Spotify, Apple, Google, Deezer, Player FM, and others, just search for the phrase “Higher Ed Without Borders”.

Guests confirmed for the opening episodes include

Dr. Nathan commented, “We are gratified by the overwhelming and enthusiastic support we are receiving from the first list of global higher education leaders we have invited for the interviews as well as from other colleagues about this podcast series.”

The series will examine critical issues in higher education that are common to universities throughout the world. The introduction episode titled “What Makes This New Series Unique?” Hoke and Nathan discuss why they created this international higher education podcast series.

Dr. Nathan believes “Higher Education is perceived as global in nature by many thought leaders.  This podcast is designed to explore how deliberate we can all be about this global nature of higher education”.

Hoke commented “We as educators have a tendency to think that the challenges in our institutions are unique and each has its own identity and culture.  However, a World Bank report states there are over 25,000 universities in the world with an enrollment of over 220 million and 12.5 million faculty. In our experience of working with universities throughout the world, all post-secondary schools have similar challenges such as retention, funding, developing productive collaboration, educational technology, governance, etc.  The podcast series will speak to leading educators worldwide who will discuss how they address these common problems.”

Before deciding to go forward with the series Nathan and Hoke conducted a survey in February 2022 among senior higher education professionals in 27 countries. The survey results showed the vast majority of educators listen to Podcasts regularly and over 90% supported the concept of Higher Ed Without Borders and are likely listeners. 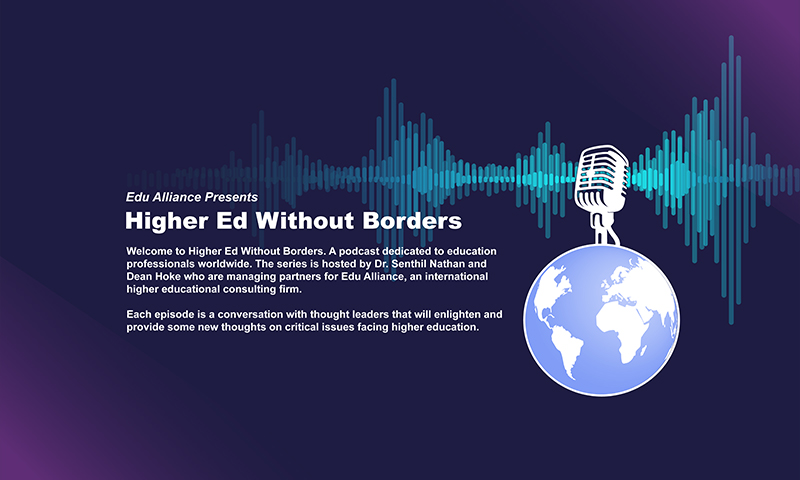 Before the survey, Hoke and Nathan believed a higher education podcast series would have merit and the North Americans would be the likely audience but learned quickly that regions such as the Middle East, South Asia including India and Pakistan, and Africa had a significant podcast listening community.  Since they wanted to present a series and discuss topics that would be important to educators worldwide the survey confirmed Higher Ed Without Borders would have a significant audience of educators who wanted to be exposed to other ideas from their colleagues worldwide.

Higher Ed Without Borders will continue to conduct short surveys asking members of the higher education community to suggest future topics and guests. You can participate by going to Podcast Topics and Guest Suggestions. You can also connect with Dr. Senthil Nathan or Dean Hoke on LinkedIn.

The podcast is a production of Edu Alliance an education consulting firm located in Bloomington, Indiana, and Abu Dhabi, United Arab Emirates. Founded in 2014 Edu Alliance assists higher education institutions worldwide on a variety of mission-critical projects. The consulting team is accomplished leaders who share the benefit of their experience to diagnose and solve challenges. They have provided consulting and executive search services for over 35 higher education institutions in Australia, Egypt, Georgia, India, Kazakhstan, Morocco, Nigeria, Uganda, United Arab Emirates, and the United States.

A special thanks to: 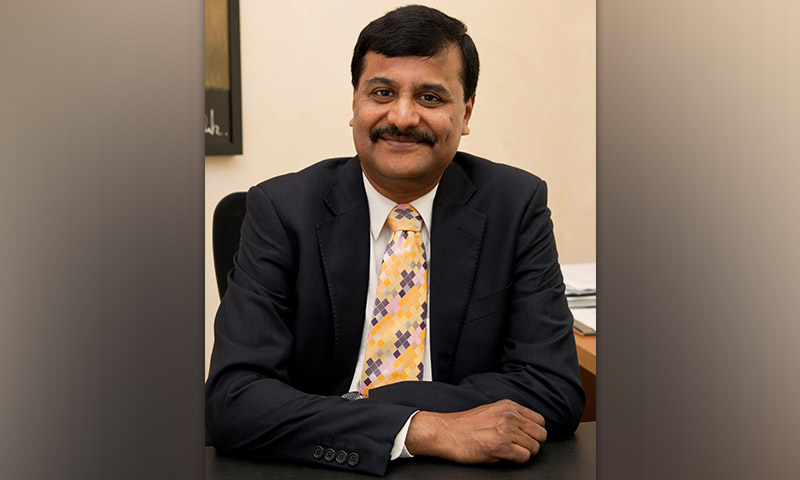 Dr. Senthil Nathan is Co-Founder and Managing Partner of Edu Alliance Ltd in Abu Dhabi, UAE. Since the founding of the company in 2014, Senthil has been involved in numerous advisory & consulting projects for higher education institutions and investment firms. He also serves as a subject matter expert for engineering firms in the field of campus planning.

After spending a decade in the USA in research and engineering design projects, Dr. Nathan joined the Higher Colleges of Technology in 1993, the largest higher education institution in the UAE. He served in various positions and from 2006-to 2014 was Deputy Vice-Chancellor / Vice Provost for Planning & Administration. Dr. Nathan has been involved in numerous advisory and consulting roles in education/training & development engagements. In 2014 he received the Distinguished Alumni Award from the National Institute of Technology in India. He is the Chairman of the Board of Trustees for Livingston University in Uganda. Dr. Nathan is an accomplished speaker and presents at educational events worldwide. 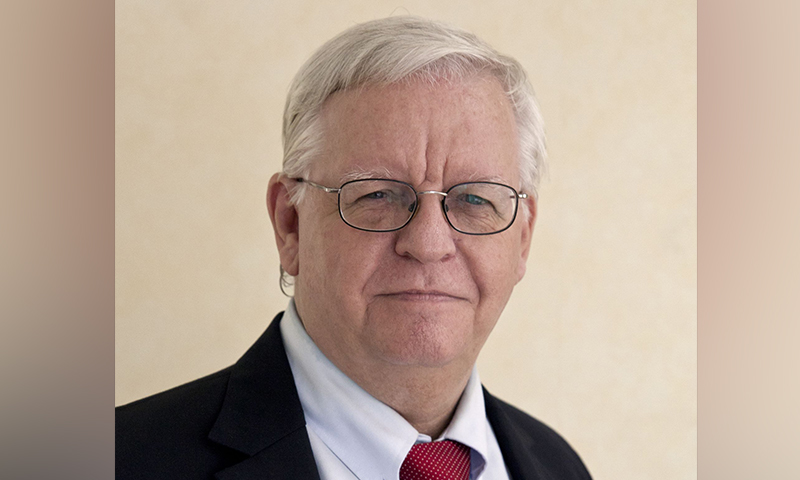 Dean Hoke is Managing Partner of Edu Alliance Group in the United States and Co-Founder of Edu Alliance Ltd. in the United Arab Emirates. Dean has decades of progressively responsible and visionary leadership roles in higher education, communications & online learning. He has led numerous initiatives that have created innovation & positive change in the higher education & non-profit sector. He has worked since 1974 in senior positions in higher education, broadcasting, and online learning.

He participates in numerous advisory & consulting projects in the fields of international education, branding, business intelligence, and online learning. He is an active speaker and writer in the field of global higher education and distance learning. Dean is a member of the Board of the American Association of University Administrators, the Franklin University School of Education Advisory Board serves on the Board of Advisors of Higher Education Digest, and a member of NAFSA.