Home /ACADEMIC/Why ancient in the NEP?

Why ancient in the NEP? 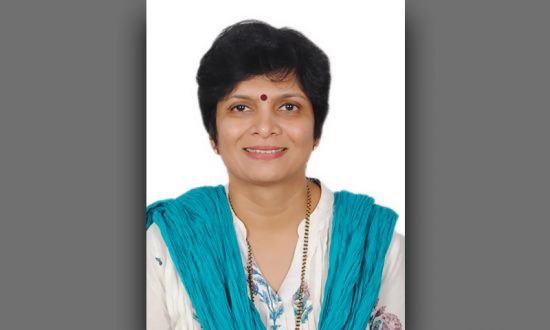 The new National Education Policy has brought to the forefront historical references to our ancient Universities and education system and bringing it back to Indian education is the claimed scaffold for all the futuristic objectives of education. Universities that were in passing mentioned in our history lessons and which called for a paragraph answer in all examinations, is today being restored to its former glory by the NEP. One scours through the old books and revives from memory all that one has read about the flourishing of these Universities in ancient times. It was the late former President of India, Dr. A. P. J. Abdul Kalam who in 2006 mooted the idea of restoring and reviving the ancient Nalanda University and thus was established the new Nalanda University in Bihar. Since 2006 there has been a concerted effort and initiative to revive the age-old learning systems from the ancient Universities and this attempt has been transnational in its intent. What a visionary was Dr. Kalam then and his ideas and thoughts for a newer definition of Education is what is articulated in the New National Education Policy as well.

Quoting from the NEP, how much do we know about Takshashila, Nalanda, Vikramshila,and Vallabhi? What was the admission process? How were these universities funded? What were the subjects and degrees offered? What was the governance structure? Why is there a need to go back to ancient systems while we are redefining education in this century? What is the learning and takeaway from this mining of the Indian tradition of holistic and multidisciplinary learning for the new century education system? With the pandemic taking a toll on all human life, amidst all of it, was the release of the New Policy. Gleaming through some of the references and need to go back to the past to rebuild the future, compels us to turn back to the chronicled pages of history and understand the establishment of these Universities and their functioning. Capturing a few learnings from the study made from the perspective of the modern-day educator.

Back then, these were great centres of learning which were also termed monasteries and schools of learning. These Universities in India existed in the 5th century. Study shows us that the founding of the earliest Universities in Europe are recorded much later in fact date back to the twelfth century onwards. This goes to prove that the Intellectual history in India was prevalent much earlier than the rest of the world and hence these Universities or centres of learning had a lot of rich heritage to fall back on. Probably not termed as Universities then, these were more of monasteries and centres of learning. It is remarkable to note that without the advent of technology in those ages and with travel being a lot more challenging, these were Universities that attracted students from different parts of the country. They provided education to thousands of students from different countries way back in the early fifth century and thereon. In other words Internationalization of Universities began in the early centuries in India. Global cooperation, best global practices actually stem from these Universities. Learning and language was never a barrier and there was a systematic attempt to learn beyond these barriers. Hence, what we are actually doing in the modern days is rebooting the legacy of these ancient Universities. These were Universities who produced scholars like Chanakya. Aryabhata, Susruta, and others who we term Alumni today.

With travel being affordable today’s students can do this at all levels, but that these Universities could attract students from not only all parts of India but countries like China, Japan, Korea, and other Asian countries is remarkable. Technology and digital media have made it easier to popularise the courses we offer today apart from showcasing all the good work done at our Universities, that these Universities were spoken about and information was cascaded to students aspiring to go for their higher studies in different countries indicates there was strong networking then too. Instruction and offer of courses in these Universities were in different subjects ranging from philosophy to languages to literature to astronomy to sciences to architecture to sculpture and also medicine.

Did they have the eligibility criteria and standards for admitting students? Yes, they did. References show that students were expected to have the necessary qualification before approaching higher education. In order to set high education standards or what we term performance standards and rating today, existed then as well to improve on the quality of education. Caste, class, and nationality took a backseat when it came to intellectual commitment. Hiuen Tsiang’s references talk about how a student had to be well versed in Vedas and Upanishads before they gained admission into these centres of learning. This implies that entrance tests and eligibility tests which assessed the previous knowledge of the scholar were in practice in that century. Interesting references are made in Hiuen Tsiang’s works to show how these ancient Universities followed an examination system to assess the scholastic attainments of the student. Aspirants had to enter a discussion with the chosen examiners of the University who were more of gate-keepers of the University. Identical a system today is what we term the inquiry-based assessment. That these aspirants were subjected to difficult questions and were engaged in debates and discussions before being granted entry into the University learning must have been a controlled method to filter the best. Pleasing and satisfying these examiners by itself must have been a test of endurance then.

That the curriculum must have been exhaustive is evident from the array of courses offered by these universities. We are today talking multidisciplinary courses and learning in one campus. These were centres that offered courses apart from the Vedas to Upanishads to courses in Religion, Law, Medicine, Astronomy, Science, Theology Grammar, and others. Comparative study, research, and innovation took place then in the older centuries without technology as we read about how scholars who graduated from these Universities made comparative studies of say, different medical systems. Evidently, Indian heritage had a lot of literature to fall back on before offering these courses in the University. Evident is the fact from our readings that there were compulsory subjects or core subjects that all students had to take like Philosophy, Theology or Logic, and so on and then opt for courses of individual preference. Speaking of pedagogy, arguments, the study of cases, guest talks, debates, group discussions, experiential learning was all a part of the ancient system and the myth that the ancient systems were driven by sheer bestowing of knowledge through a series of lectures is defeated.

Listening skills of the four skills played a prominent role in a student’s learning process. Writing came next as they probably had to make a lot of copying of scripts. Personal discussion on some matters of learning built on speaking skills and probably led to the concept of mentoring and tutorials. Personalised and individual learning began in those days. Examinations and assessments conducted then were probably very strictly conducted as there were gate-keepers at these levels equivalent to our examining body. Rules for discipline and guidelines set those days have led to regulations and policies in a modern University today. Transgressions, digressions, and violation monitoring in students must have led to student codes today. Vocational training and training in various skills formed a part of these educational centres. The value of learning then was of learning and practice and that which we make a conscientious effort today to revive.

These ancient Universities were like our modern residential Universities and housed scholars on the campus. The campus was defined with huge buildings and amenities for students who lodged in these buildings apart from various lecture halls and reading spaces just as a modern campus does. Libraries and references to the library were the most important repository of knowledge. Prospects of these students and career decisions albeit not in a structured form were probably recommended to government posts and as tutors and other tasks as scholars were hand-picked from these centres. This has evolved over the ages as Placement centres in modern-day Universities. From all of these stems the making of a modern University.

Apart from specialised Universities then to Universities like Nalanda where a student could learn whatever he wanted to learn, these ancient Universities were heterogeneous in nature thus making way for the modern multidisciplinary University. India of the ancient times is what is inspiring today and forms the basis of the New National Education Policy. When the larger portion of the world was still in darkness, the torch of knowledge was perhaps long lit in our country and our ancient Universities created that thirst for knowledge, created an intellectual enthusiasm, and was a magnet that attracted students from far and wide. No wonder there are repeated references in the NEP to going back to our Indian tradition which we may take upon ourselves and explore to understand what preceded the modern education system.

Reconstructing Narratives: A Bridge for the Next Generations
What Makes Public Relations a Fascinating Career Choice
Importance of Teaching Energy Transition and Climate Change
Will MBAs Ever Get Outdated?
10 Must-Watch Architecture Colleges in India
3 Ways to Make Science Engaging and Fun for Students
CONTACT US