Home /ACADEMIC/What Will I Be Remembered For?

What Will I Be Remembered For? 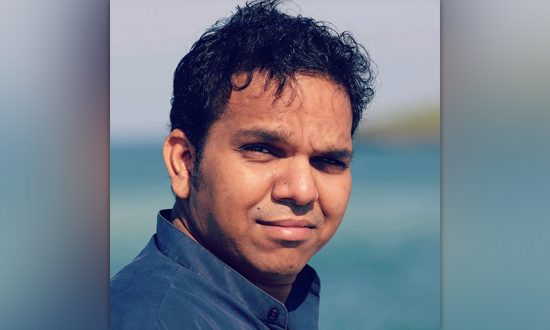 Srijan Pal Singh was a close aide and Advisor of Dr APJ Abdul Kalam who accompanied him on his travels and assignment for many years right up to Dr Kalam’s demise. Currently, he is CEO of Kalam Centre. This story is derived from his book, What Can I Give: Life Lessons from my Teacher.

Dr Kalam often ended his speeches addressed to youngsters with one question: ‘What would you like to be remembered for?’ It was a powerful way of imbuing young students with energy and dreams. It inspired them to aspire, think and act.

The first time I encountered this Kalam hallmark was in 2008 when I was a student at IIMA. Dr Kalam did not stop with that one question, however; he went on to share with us a list of fifteen career options from which we could choose our answer. I am putting down some of them for you.

Later in 2009, when I started working with him, I began to realize that this was a common thread in the many speeches he delivered in schools and colleges. He would end by saying, ‘Tonight before you go to sleep, take a piece of paper or your laptop. Write down the answer to this question and mail it to me. If your answer is good, I will send you an autograph and a photograph!’

Most of the students he met had posed this question at least once. But since I worked with him, I used to receive this question every now and then, sometimes once every week. And each time, after hearing my answer, he would say, ‘Oh, you fellow! Build on it further. Enrich it from the last time. Add more value.’ This went on and on for a good six months, till I reached a point where my ‘answer enrichment centre’ was exhausted.

I was simply out of ideas.

One day, on our way to an event in Kerala, Dr Kalam asked me his trademark question yet again. This time I decided to throw the ball back in his court. It was part defence and part exhaustion. ‘I have answered this question so many times. Why don’t you answer this question for a change?

What would you like to be remembered for?’ I couldn’t help but smile at my cheeky response. There was a short, unusual silence.

So, I continued. ‘Let me make it easier for you. Would you like to be remembered as a missile man, a nuclear man, a rocket engineer, a Bharat Ratna recipient, a President or an author?’

I thought I had covered all his achievements, but I still had a lot to learn about him. And that day, I got a peek into his innermost thoughts, into the recesses of his mind. ‘All your options are wrong,’ he declared, taking me by surprise. I started recollecting all the facts I knew about him, but I could not understand which aspect of his life I had missed. He cleared my confusion in the next sentence.

It occurred to me then that I had indeed missed the most obvious fact. Back in 2008, Dr Kalam was first introduced to me as my teacher, and it was the most significant role he played in my life, as he did in the lives of many others. I did not stop my questions there.

I had one last question to ask him, to help me answer his pet question. ‘How do I truly find what I will be remembered for?’ I asked.

He then smiled and replied, ‘That is difficult to say because the true answer will keep evolving. But I will tell you this. Get a diary or a notebook. Give it a name—something which is close to your heart, something which will remind you of what you want to become. Make it a habit to write down everything you learn, everything that inspires you, even things that trouble you, and everything you do to reach your long-term goals. Record all the small steps you take in your long and difficult journey. Especially keep a record of the times when you fail, so you remember your stumbling blocks. Note down the names of those people who pick you up when you fall—remember to be grateful always. In the years to come, you will look back at it all and smile. You might also be able to inspire others.’

The first thing that I did after that conversation was to buy a large notebook. I wrote about my dreams and aspirations. I named it after someone who will always be very close to my heart.

I called it my Kalam Diary. 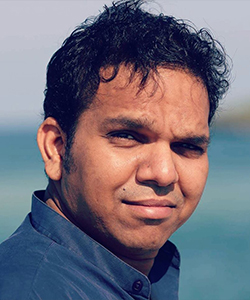 Srijan Pal Singh is an Indian author, public speaker, and social entrepreneur. Born and raised in Lucknow, Uttar Pradesh, Singh is an electrical engineer from the Institute of Engineering & Technology, Lucknow and a management graduate from the Indian Institute of Management Ahmedabad (IIMA). He worked closely with the Former President of India Dr A. P. J. Abdul Kalam. At IIMA, he engaged in a variety of social and developmental activities and was elected as the President of the Students’ Union in 2008–09.

Singh is one of the leading young activists in India. Between 2009 and 2015, Singh worked with Dr A. P. J. Abdul Kalam (11th President of India), as his Officer-on-Special-Duty and Advisor for Technology and Policy. He was engaged in promoting various assignments such as “What Can I Give Movement”, Energy Independence for the nation, nuclear and space missions, and Providing Urban Amenities to Rural Areas.

Singh has co-authored the bestseller book with Dr Kalam titled, Target 3 Billion, which recommends innovative solutions towards sustainable development of the rural areas of the world. The idea of PURA evolved from the book was taken up as a major national program by Government of India in association with many Indian corporates in a Private-Public-Partnership Model. He has co-authored two more books with Dr Kalam titled “Reignited: Scientific Pathways to a Brighter Future” and “Advantage India: From Challenge to Opportunity”.

From Nov 2011 to Nov 2012, Singh was instrumental in starting a youth movement with Dr Kalam, called What Can I Give Mission, which reached a network of over 500,000 volunteers from across India, both rural and urban who are working towards a clean, green and corruption-free India.

He has worked in the corporate world as a Management Consultant with the Boston Consulting Group – a global management consulting firm and the world’s leading advisor on business strategy. There, he worked with the World Food Program on improving governance and transparency in the Public Distribution System in Naxal affected areas of Orissa.

E-Learning in Business School: Boon or Bane
Why Entrepreneurship in Education is Necessary for the Development of the Next Generation of Leaders
Why BBA is a Preferred Foundation Course for an MBA
Promoting Education and Research in Local Governance and Sustainable Development
The Future of Our Workplace: Remote, On Campus, and Blended Options for Employees
JK Business School Students Outshine in Gurugram University BBA Results: Bag Top 2 Positions and 7 Out of Top 10
CONTACT US