Home /INDUSTRY, INDUSTRY PERSPECTIVE/What Ails the Indian Education System? And How to Fix It

What Ails the Indian Education System? And How to Fix It 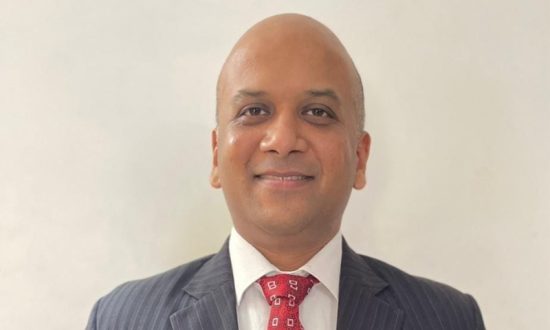 Pranay Aggarwal is one of India’s foremost sociologists and is the Indian representative on Research Committee on Education, for UNESCO’s International Sociological Association. He has completed courses in sociology from Stanford University (USA) and University of Amsterdam (Netherlands); and qualified the UGC NET examination for assistant professorship. He currently serves as President of Indian Social Science Council. He is also a reputed and popular teacher of sociology amongst civil services candidates with more than a decade of experience teaching and mentoring them at IAS Gurukul.

Our education system is broken and in need of urgent attention. If not addressed soon, it’s ailments will wreak untold havoc on India in the foreseeable future. Despite substantial achievements over the past seven decades, our education system today is far from ideal, nay, far from being functional.

To its credit, the education system in India has undergone massive expansion since independence at all levels from primary school to higher education. Particularly, 21st century progressive measures like inclusion of elementary education as a fundamental right, expansion of the coverage of the midday meal scheme and Sarva Shiksha Abhiyan have added a new momentum to educational expansion.

The literacy rate in India has consequently climbed from a humble 18.3% in 1951 to 74% in 2011. The number of universities has increased from a meagre 20 in 1950 to an impressive 1,000+ today. The gender gap in literacy rate has narrowed down and the participation of the marginalized sections in the education system has also increased. Yet, much remains to be done.

Some of the most glaring problems in the Indian education system today are:

Rote learning – For a large number of students, education means mugging up copious amounts of information, cramming for the exams and reproducing the internalized information verbatim on the answer sheet. Tragically; the lived experience of the typical student in our education system is thus devoid of critical thinking, experiment and initiative.

Fear of failure – Examinations play a huge and categorically detrimental role in the development of the students’ psyche. Simply, students in India dread exams. In fact, so do parents and teachers. Because we, collectively, dread the F word – Fail. The focus of the students, parents, teachers and school administration is thus on passing the exams, instead of cultivating excellence.

Resource constraints – Numerous sarkari committees and commissions have reiterated the need to allocate about 6% of the GDP to education. Successive governments from Nehru’s to Modi’s have failed to do so.

Modest learning outcomes – Successive Annual Status of Education Reports have highlighted poor learning outcomes. For instance, only half of all children enrolled in 5th class can read a class 2 level text.

Lack of research in higher education – Due to the segregation of teaching and research, entire generations have graduated from Indian universities without producing any noteworthy original research. India’s investment in research is a measly 0.62 % of GDP. China, in contrast, invests more than 2 % of its GDP on research.

To fix its severe and many ailments calls for comprehensive reforms of the education sector. Some crucial remedial measures are:

Funding educational expansion – Centre and state governments need to increase their budgetary allocations to education. Alongside, incentivize and facilitate the private sector to invest in education. Currently, private schools can be run, laughably, only as a non-profit trust or society. Such archaic rules end up generating black money and keeping away corporates with deep pockets from investing in education.

Empower educators at all levels – The centrality of the Guru in the Indian education system of yore needs to be reinstated. The colonial policy of education, largely continued after independence, replaced the centuries-old school autonomy with an overbearing educational bureaucracy breathing down the necks of the teachers and the taught.

Teachers from the primary school level upwards need to be empowered to design curriculum, experiment with pedagogic tools and innovate.

Technology as an enabler – Technology is a great leveller. It can help bridge the gap between the rural and the urban child, the rich and the poor student, the high caste and the low caste. To harness the transformative potential of technology in education; two things need to be ensured- a. Bridging the digital divide in terms of access to digital devices and internet connectivity. b. Creation of digital educational content in the local languages.

Students to take centre stage – The student is today lost in the maze of educational bureaucracy, red tapism, market forces and information overload. For the educational service provider, he is a ‘customer’. For the bureaucracy, he is another statistics. For the teacher, he is the prize winner or an object of mild ridicule in the classroom. For the parents, he is the repository of their social honour who must realize their dreams of upward social mobility. The student’s individuality, his dreams, his creativity and his personality are a casualty.

A reformed educational system must underline and reiterate the centrality of the student in the education system. The system must exist for the student, and not the other way around.

Indigenization – Gandhi lamented the centrality of English language in the colonial education system. Regrettably, we have continued to prize English at the cost of native languages as the medium of instruction in our education system after independence.

Indigenization will entail valuing and revitalizing indigenous knowledge systems, promotion of education at all levels in the local languages, deconstructing colonial ideology that privileges western thought, translating modern content in vernacular languages; and investigating and incorporating our own cultural moorings in the sphere of education.

Values based education- The erosion of values and the current lack of emphasis on moral education not only impedes the full growth of the child but also harms the society in terms of rising crime rates, abuse of technology, chaos and social disorder.

The national education policy unveiled in 2020 makes some right noises. Whether the Modi regime can walk the talk on education reforms, or fails spectacularly like most of its predecessors, remains to be seen.

AI, the Metaverse, and the Classroom: the Collision Arrives
Ready and Willing? Higher Education’s (Increasing) Challenges to Recruit Individuals as the Next Department Chair
AI: Arguing its Place in Higher Education
Dimensions of Diversification
Why is Upscaling of Soft Skills So Important in Job Interviews?
Diversity and Inclusion: Acceptance Driving Careers
CONTACT US