Home /ACADEMIC/The Future of Medical and Surgical Fields in India

The Future of Medical and Surgical Fields in India 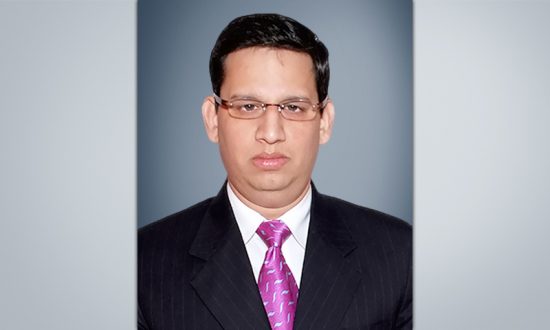 Saurabh Kumar is a gold medallist in Mechanical Engineering, having more than 19 years of experience in training students for IITJEE & other engineering entrance exams with more than eight years with VMC as Director Academics & HOD Physics. He has trained more than 500 IITians till date & still counting. He has previously worked with different organizations of National repute as National Academic head etc. He was the first Indian faculty to establish and run successfully the Middle East operations of the IITJEE test preparation company in Dubai & Sharjah. He has also modified famous book of physics by Rasnik & Halliday on Wiley publications. He is potential speaker for seminars & plays a leading role in writing articles in newspapers & magazines and giving television interviews.

I would like to start the discussion with the NEET-PG 2019 data recently published by Ozair A, and Singh AB. About 89% of the top 100 rankers and 79% of the top 500 rankers choose medical branches (internal medicine, paediatric, dermatology, etc). This is unlike the western countries’ trend where surgical branches are preferred over medical ones.

Before I further start discussing this question, let us discuss the pros and cons of MS/DNB (General Surgery).

Nowadays, everybody wants to settle early, and doctors are no exception. This leads to doctors opting for end-branches (irrespective of their choices) such as Radiology, Dermatology, Orthopaedic Surgery and Paediatrics.

Surgery & Medicine, the evergreen branches, require a lot of time, patience, efforts, and money (especially in a private college). Things become worse especially in a country like India where there are loads of entrance examinations and bonds after every degree (medical super specialty seats go begging). Furthermore, the salary is not lucrative for a doctor to put so much time. They live under stress and compromise on their social life. If we see last year’s data, loads of super-specialty seats are lying vacant due to the above-mentioned reasons.

The government must improve the infrastructure, relaxing the bond durations, & increase the stipend otherwise the day is not far when we will not have super-specialist doctors in many places.

General surgery used to be the most sought-after branch because it provided ample scope to practice a wide range of surgeries and give the practitioner a lot of satisfaction with surgical practice. A surgeon enjoys his practice in an ideal high-quality government set-up (rare rather) with a good range of cases encompassing general surgery, cold orthopaedics, endoscopy, and laparoscopic surgery, and occasionally selective gynae cases. Surgery most commonly offers definitive and satisfying solutions with dramatic results that earn the respect and gratitude of patients. Long hours of work hardly mattered. It was always a satisfying day in the end with some minor glitches once a while.

A world of change occurred in the disease pattern, over a period. Gastrojejunostomy used to be so common before year 2K but it became rarer and rarer, thanks to the effect of good medication for ulcer diseases.

Hydrocele used to be the beginner’s staple for all of us when we were house surgeons and it used to be the first rung of the surgical ladder. They have almost disappeared with the eradication of filariasis.

Incisional hernias used to be very common. Though they are still there, the numbers have come down drastically, thanks again to good suture materials.

Many conditions that used to be the domain of a general surgeon have been taken over by either the medical gastroenterologists or other allied specialties leaving very little for the general surgeon now.

MS in General Surgery has become the foundation course in surgery for further specialisation without which, one cannot hope to become a consultant anytime soon, at least in a big town practice.

The complexity of recent advances has made the practice of surgery quite challenging and beyond the scope of a single surgeon to master all surgeries.

A surgical specialist is called for any abdominal surgery and a vanilla general surgeon of today’s training simply does not have the required skills. There are breast specialists now and the ENT surgeon says thyroid is his domain! Some patients approach a urologist, a super-specialist, for such a simple condition as phimosis, and the tragedy is he is willing to accept to operate. The reason is that there is a glut of specialists in private practice. Anything is OK than remaining idle.

Overall, agreed, General Surgery is a beaten path for now unless one has plans to specialise further. It is not an end specialty to rest on the credentials of a mere MS (Surg). The silver lining is that for small-town practice, MS is most suited if the incumbent has some good basic surgical skills. The challenges in town practice are entirely different from city practice.

Surgery always has a prime place in the repertoire of modern medicine and only the kind of surgery practiced undergoes constant transformation.

Many diseases considered medical – Ischaemic heart disease, end-stage kidney disease, end-stage liver disease, etc. have come under the realm of surgery to challenge the surgeon. Now the latest to arrive on the scene is metabolic surgery- the surgery for obesity and diabetes.

The kind of surgery we learned as students is hardly practiced now as it is but the skills of learning of those surgeries allowed us to learn new techniques with élan.

Hydrocele, groin hernia, gastro-jejunostomy (GJ) were the most common surgeries on the operating theatre (OT) list. They, especially the hydroceles and GJs are hardly seen on today’s OT lists.

Many abdominal surgeries of the 70s and 80s are now done laparoscopically. A new set of skills are to be learned to become a minimally invasive surgeon to be in line with the contemporary practices lest you are not a true surgeon.

An accomplished and highly trained surgeon is a king provided he has a contemporary skill set to match the expectations. One has to constantly update, learn, re-learn and unlearn the surgical techniques.

Even as we thought we learned few open surgical techniques, laparoscopic surgery with sophisticated instrumentation was introduced and we had to relearn the techniques. Now robotic surgery is on the horizon and will not be long before one is forced to learn to survive in the field. One shall be ready for constant goalpost shifting. Without these, the surgeon is a king sans a kingdom

By the way, orthopaedics is the most desired branch now whereas General Surgery was in demand two or three decades ago. With increasing trauma and lifestyle diseases, Orthopaedics has emerged as an attractive branch.

Surgery is a good career choice for those who have innate aptitude and are willing to slog and learn.

Reconstructing Narratives: A Bridge for the Next Generations
What Makes Public Relations a Fascinating Career Choice
Importance of Teaching Energy Transition and Climate Change
Will MBAs Ever Get Outdated?
Learning and Development: The Unprecedented Need for Industry and Business School Partnerships
Know Everything About Masters of Public Health
CONTACT US