Some Human Impacts of Education Programs 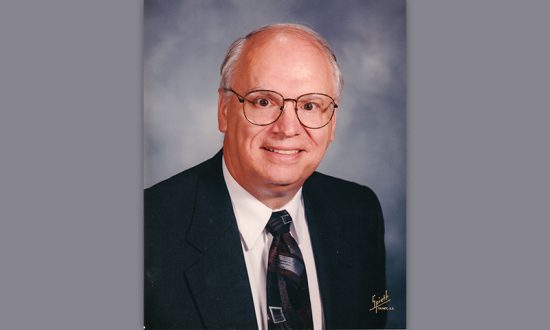 Educators have developed a wide variety of special programs to meet emerging and changing needs of students over the years.  A few of these programs and the ‘human impact’ they have had on the recipients in these programs are presented here.

Clerk-Typist:  A special program in the Grand Rapids area of Michigan, U.S., was developed in the mid-1960’s to assist welfare women recipients to become clerk-typists for future employment.  In a 24-week program three days a week eleven women out of the 13 who started the program successfully completed it.

The impacts noted from this program included:

Part-Time Adult-Student Financial Assistance:  In the 1970’s there were reports in the United States that part-time adult students did not need to have community colleges and universities present them with financial assistance for their school expenses.  Two myths that were prevalent at that time were (1) the part-time student is not serious enough to command the attention and resources of postsecondary education;  (2) The part-time student is working and can afford to pay his own way.

The community and student services administrators saw from their experiences that this was not the situation.  Numerous students who had been in for career and course counseling were found unable to enroll due to a lack of personal finances.

Possibly the first part-time adult scholarship funds were sought by and received by Carole Edmonds from the English Department.  She obtained $100 U.S. through a woman’s service organization and it was divided up between three adult women who were then able to enroll at that time.

The impacts these funds made were as follows:

The Journal of Financial Aid published an article on the program as it appeared to have been the first formal program for part-time adult students in any college up to that date.

Dual-Credit  Beginnings:  In 1986 Illinois Valley Community College started the first dual-credit program between a secondary school and a community college.  The program allowed students to enroll in their home school or at the college in college courses that would not count as college credit and as credit toward the students’ secondary school graduation.

The program quickly expanded to allow ways that students could complete one semester or one year of college credit by the time they graduated from their secondary school.  In later years the expansion allowed students to obtain their two-year college Associate Degrees during the same time frame of the last two years of secondary school education.

The following impacts were reported back by students a year after the first group had attended colleges throughout the state of Illinois.  It was a ‘looking back’ survey conducted by the college and Marquette High School personnel.

Teacher Evaluation:  The improvements made in the teacher evaluation program at Illinois Valley Community Colleges (IVCC) in the 1980’s and 1990’s did much to improve student success outcomes.

Teachers who did not meet the standards of teaching expected and approved by the college governing board, faculty union, and college administrators were not awarded tenure (normally awarded for successful teaching after three years).  Other faculty members, already on tenure and found needing to improve were given areas of remediation to improve.  When this failed, which it did for a number of the faculty, they were given due process and formally dismissed by the governing board which had the authority to do so.

The following are some of the major impacts realized by this improved teacher evaluation program:

Concluding Comments:  Every new education program developed continues if it has positive human impacts upon the students and faculty members involved.

This report identifies several programs that this author was involved with over his teaching and administrative career.  Such reports should be expanded to show the importance of so many of our educational programs around the world so people come to understand how important they become to the recipients of such programs.

B-school Moulding Students to Become Innovators of Tomorrow
Peace Education can be Extended to People of All Ages, Both Formally and Informally
Communication Skills - The Ladder to a Successful Journey
Keys to Business (and Education) Success from Design Thinking
Coping with the Impact of COVID on Students
Courageous Conversations with Parents
CONTACT US