Home /ACADEMIC/Coping with the Impact of COVID on Students

Coping with the Impact of COVID on Students 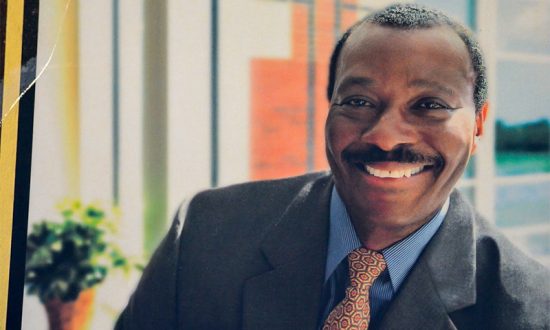 A physicist, diplomat and education administrator, Sessoms received a B.S. in physics from Union College (N.Y.) an M.S. in physics from the University of Washington, a Master of Philosophy (M.Phil.) and a Ph.D. from Yale University. Sessoms worked as a scientific associate at the European Organization of Nuclear Research (CERN) and then moved to Harvard University. He joined the U.S. State Department and subsequently served as Director of the Office of Nuclear Technology and Safeguards, Counselor for Scientific and Technological Affairs at the United States Embassy in Paris, France and in Mexico as Minister-Counsel for Political Affairs at the United States Embassy and as Deputy Chief of Mission (Deputy Ambassador). Sessoms become the Executive Vice President and also the Vice President for Academic Affairs at the University of Massachusetts system. He subsequently served as president of Queens College (CUNY), as president of Delaware State University and as president of the University of the District of Columbia. He is currently the managing partner of the Higher Education Innovation Group, LLP.

Higher education institutions responded surprisingly well to the Covid-19 pandemic.  There was an almost immediate realization that in-person classes and normal residential life would put students, faculty and staff at unacceptably high risk of severe illness or worse.  Institutions rapidly pivoted to online and/or hybrid learning modalities which afforded minimal person-to-person contact without an apparent significant reduction in educational effectiveness.  Residential halls were emptied and students sent home for a very uncertain period of time.  Dining facilities were closed except for the few students remaining on campuses who just, for any number of reasons, could not get home.

There is very little indication that the move to online learning was seriously resisted.  This had been an issue that had been debated for decades on many campuses, with faculty governance bodies arguing mostly against a major transition to this modality for reasons of pedagogy and/or resistance to using this “new” technology.  Faculty members everywhere just made the move and successfully adopted both to the technology, which made surprising strides in effectiveness during the “pandemic pause” without knowing just how long they would have to “live” with this disruption.

Students also stepped up to the plate.  Even though many went through a massive disruption in their lives, they persevered.  Some of them even thrived.  Unfortunately, this was not true for all of them.  In a number of instances, the impact on their learning, for many reasons such as inadequate space or technology at home, was negative.

Many of the changes institutions experienced will be permanent fixtures going forward.  These include:

Mental Health and Wellbeing will be Front and Center

It is now glaringly obvious that the mental health of students, faculty and staff is an institutional responsibility.  Significant institutional resources must be allocated and trigger warnings must be put in place to ensure, as much as possible, that issues are not ignored.  There must also be significant education provided that addresses any stigma related to mental illness and facilities must be available to the campus community when needed.  Not doing so will put an institution in legal jeopardy

The paradigm that students, even “traditional aged” ones, must sit through lectures in large classroom settings and learn as a cohort has been shown to be incorrect.  There was already a small movement towards the “flipped classroom”.  It will now be a big rush.  Students have shown that they are very capable of learning when the material is provided in a way they prefer, not necessarily the way faculty think is “best”.  “Best” has been redefined.

The Value of a Degree will be Viewed Differently

The value of a degree has traditionally been seen as what faculty advisors and administrators say it is.  No more.  Given the spiraling costs of higher education, and the debt load carried by most students, the value will be determined by the job market and what it indicates is valued by what graduates are paid and what they might earn over their professional careers.

For this reason, mastery of the liberal arts, while they will remain at the center of the collegiate experience, they will no longer be an end in themselves.  Having a good grasp of the classics, history and languages, and an appreciation for modern forms of expression are essential for a person to be well rounded and to be an active participant in society.  However, this knowledge, and the ability to reason that a liberal arts education inculcates, is an essential trait for career success, but it is not enough to guarantee that success.  There really are no guarantees but students, and their parents, will want to maximize their chances.

Virtual campus tours are here to stay, and they need to be good.  I would expect that there will be enhancements, including virtual reality augmentation.  This is very good since it begins to level the playing field for those who can’t make an in-person visit.

The pandemic has made it clear that some institutions will not continue as they were before February of 2020.  This is showing up in the declining enrollments and increasing discount rates of a number of private colleges.  There have already been mergers and closures in states such as Connecticut, New York, Massachusetts, California and Vermont, with more likely to come.  Mergers of public institutions were, and are, already taking place in states like Georgia and Pennsylvania.  In Delaware, Delaware State University is in the process of absorbing near-by and private Wesley College.  There will be many more mergers and quite a few closers, probably at a rate greater than in the recent past.

The Elite, and Previously Under Appreciated, will Prosper

The most selective institutions in the country saw record numbers of applicants, partially because of their decision to go “test optional” because of the difficulty of testing during the pandemic.  This opened the flood gates of applicants who, because of the belief that they would not have competitive standard test scores but were otherwise well qualified, would not have ordinarily applied.  Many of these institutions also made clear the availability of need based financial aid which made them wonderful opportunities for less economically advantaged but high achieving students.  Several of these institutions, such as Cornell, plan to permanently expand the size of their undergraduate classes to capitalize on this trend.

Many Historically Black Colleges and Universities also saw remarkable surges in interest.  This probably had more to do with the racial stresses that the U.S. is currently experiencing, but it appears to be a permanent trend.  Record breaking gifts are being made to minority serving institutions by many in the philanthropic community showing that they embrace the value of these peculiarly American institutions.  State governments, including Tennessee and Maryland, seem to also have gotten the message since they have announced plans to take corrective funding actions in support of their public minority serving colleges in ways that would have been unthinkable just a couple of years ago.

Time to be “Agile” and not “Fragile” – A reframed perspective on Career Development
Educational Technology Trends in the 21st century
Reconstructing Narratives: A Bridge for the Next Generations
What Makes Public Relations a Fascinating Career Choice
A Teacher’s Journey Behind Prison Walls
Some Human Impacts of Education Programs
CONTACT US