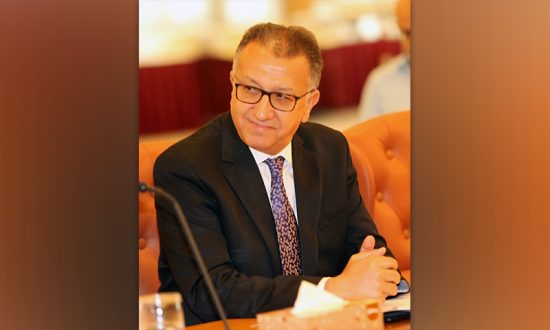 A PhD holder in Physics (Major: Astrophysics) from the University of New Mexico, Albuquerque (USA), Dr Ilias Fernini has been working as the Deputy General Director for Research Laboratories, Sharjah Academy for Astronomy, Space Sciences, and Technology (SAASST) since 2016. Before SAASST, he has worked as an associate professor in the United Arab Emirates University. He holds MS in Astrophysics from Iowa State University, Ames, Iowa (USA) and BS in Solid State Physics from University of Science and Technology, Algiers (Algeria).

By announcing the institution of a space agency in 2014, the United Arab Emirates has entered a new age of excellence and uniqueness in the Arab world: the space exploration race. Its 2020 mission to Mars, the Emirates Mars Hope Mission, has opened the door and given a chance to hundreds of young Emiratis to excel in the field of space engineering as well as space sciences. To ensure that the UAE new space program is not just an advertisement program, the UAE Space Agency has set four main objectives: (1) to organize and develop the UAE space sector; (2) to promote and support the efforts of scientific research and innovation; (3) to attract and prepare national cadres to become pioneers in the field of space science; and (4) to focus on ensuring that all the Agency’s services are following worldwide quality, efficiency and transparency standards. These objectives are helping both the educational and the industrial sector in the UAE to set their priorities to be an integral part of the space program and to fulfil the UAE Space Agency goals.

The United Arab Emirates is home to tens of government and private universities, as well as several research centres that form the higher educational core. The Emirate of Sharjah is one of the seven Emirates of the UAE, and Sharjah city is known as the cultural capital of the UAE. Besides its various cultural centres, the University of Sharjah (UoS) and the Sharjah Academy for Astronomy, Space Sciences, and Technology (SAASST) represent the main centres of education in Sharjah. UoS is one the largest university in the UAE, with more than 16,000 students spread all over its many branches across the Emirate. Hundreds of degrees in various fields are offered, and both astronomy and space sciences represent an integral part of the university program. A Bachelor’s degree in Applied Physics and Astronomy is offered, and an MSc program in Astronomy and Space Sciences is now proposed as a unique program of its kind in the UAE. UoS is also offering an MSc in Space Law, and an MSc in Aerospace Engineering will soon be offered.

SAASST is now one of the leading research and higher education in the MENA world. It was established in 2015 to reinforce the university’s new space sciences program. Its vision is to be a national centre working in the areas of astronomy and space sciences. One of its main aims is to develop and promote education about these fields in the Arab world in general and the UAE in particular. It is striving to be an academy dedicated to education, science, research, Islamic heritage, and open to educators, school students, university students, researchers, and families of all ages. The academy organizes tens of workshops for students as well as for professionals at all levels the whole year long. It had the privilege to receive the visit of many dignitaries, presidents, ambassadors, famous scientists, astronauts, and paramount space agencies directors. 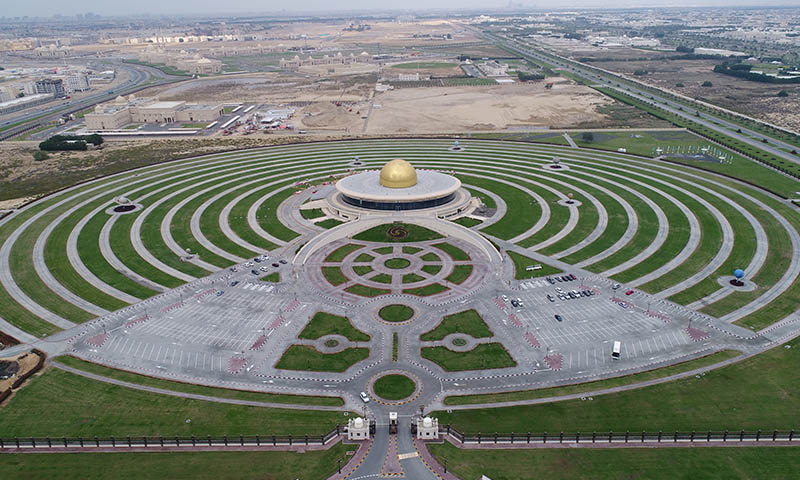 Students from high schools and universities now have a unique opportunity to see the importance of STEM (Science, Technology, Engineering, and Mathematics) in all space sciences fields through several research laboratories and centres available at SAASST. The academy is becoming the favourite hub for tens of students willing to conduct their university end-of-program internships. Since 2018, SAASST has trained more than 60 students coming from several UAE educational institutions like the Khalifa University, the Higher Colleges of Technology, the American University of Sharjah, and the University of Sharjah. Hundreds of other students were able to attend workshops related to CubeSat design, space tools simulations, and space sciences research seminars. In addition to students, the academy has organized several specialized astronomy teachers workshops where teachers from the Gulf area were exposed to the latest tools in teaching astronomy to non-science majors students. In 2019, SAASST organized a special “Astronomy Education Research Workshop.” This workshop was under the theme of the International Astronomical Union (IAU) Commission C1 Astronomy Education and Development. The aim was to further the development and improvement of astronomical education at all levels throughout the world through various projects developed to disseminate information concerning astronomy education. Space educators from Brazil, Australia, UAE, and Turkey attended the workshop. It is to say that SAASST is becoming a space sciences oasis with its research and educational capabilities, unique in the MENA world.

Presently, SAASST is operating six laboratories/centres. First, the “Meteorite Center” hosts the UAE Meteor Monitoring Network (UAEMMN), sponsored by the UAE Space Agency, and a machine learning unit to search for meteorites. Second, the “Radio Astronomy Laboratory” is operating a 20.1 MHz Decametric Radio Array for Sun and Jupiter’s observations. It has recently installed a 40-meter radio interferometer to observe the universe at 1.4 GHz. Third, the centre hosts a “GIS and RS Center” as part of a close collaboration between the University of Sharjah and SAASST. The fourth laboratory is the “Space Weather and Ionospheric Laboratory” with two central systems: a GNSS and a CADI Ionosonde system to study the upper Earth’s ionosphere. The fifth laboratory is the “CubeSat Laboratory,” where students are developing the SHARJAH-SAT-1, an X-ray CubeSat to observe the Sun and stars in the X-ray domain. Last, a “High-Energy Astrophysics Laboratory” dedicated to compact stellar objects such as white dwarfs, neutron stars, and black holes. Also, SAASST has an “Astronomical Optical Observatory” equipped with a 45 cm telescope for deep-sky observations, an 18 cm telescope for planets and Moon observations, and a 10 cm solar telescope. Another new observatory is SLIO (Sharjah Lunar Impact Observatory), dedicated to observing impacts on the Moon surface.

Four other facilities are under establishment: a “Data Center,” an “Artificial Intelligence Laboratory,” a “Rocket Propulsion Center,” and a “Space Robotic Exploration Center.” Since 2017, several multidisciplinary research projects were started with the Colleges of Engineering and Sciences to promote space sciences and build the space technological capabilities of the University of Sharjah and SAASST. Several projects were funded by the UAE Space Agency and the Mohamed bin Rashed Space Center. However, the bulk of the research activities fund comes from the University of Sharjah. This has allowed us to hire excellent researchers with various backgrounds in engineering and sciences.

SAASST is getting a great reputation in the field of space sciences in the MENA world. The variety of research, the number of publications (more than 42 publications in peer-reviewed journals), and the high demand of students to work in its laboratories are proof of such a value. 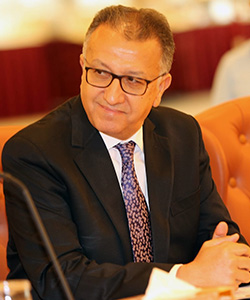