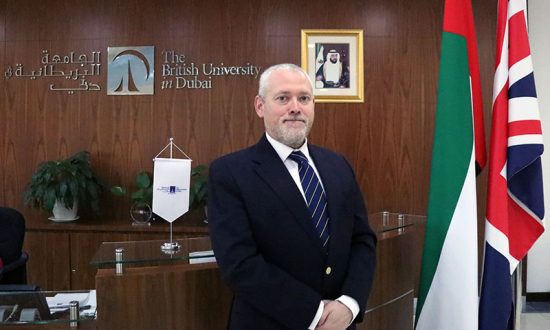 The legendary management guru Peter Drucker made those comments in an interview with Forbes magazine in 1997. The thirty years in which he predicted the death of the traditional university have not quite elapsed. However, unless something quite dramatic happens in the next six, his prediction will be proved baseless. And many of us who run universities or work and study in higher education will breathe a huge sigh of relief about that.

It is unsurprising both that someone like Drucker would have predicted the demise of universities and that as it turns out, he got it wrong.

At the end of the 1990s online and distance learning were increasing exponentially, thanks to rapid developments in technology. When he was interviewed, I had just left my career in business to take up postgraduate study and to lecture – within a few years I was teaching almost entirely online to students based in some of the remotest and least accessible highlands and islands of Scotland. The opportunities afforded to my students and my colleagues, through the Virtual Learning Environment (VLE) the university I worked for had developed, were huge. It was genuinely exciting – you felt like the tech you were using actually meant you were doing something worthwhile and cutting edge.

Yet simultaneously I had the same experience in the traditional academic office and classrooms where I was giving tutorials, seminars and lectures – and the optimism and excitement of teaching in those places were added to by the benefits that only face-to-face engagement with students can bring.

So this is the conundrum: balancing the sense of a university’s physical place with a sense of its purpose while understanding that not only are both mutable but both adapt at a different pace and to a different agenda.

In fact, Drucker does hone in on this issue, which is as important today as it was in 1997: the suitability or otherwise of the university campus. In the same interview, he went on to say ‘Today’s [university] buildings are hopelessly unsuited and totally unneeded.’

The role of the university campus – and especially the wild assertion that campuses will disappear in the future – is still a hot topic and one which predates the current pandemic (although COVID-19 certainly focuses the minds of those of us who lead in higher education, on what our future campuses could and should look like).

My own institution, The British University in Dubai, has started admitting undergraduates for the first time in its distinguished fifteen-year history (until 2018 we were postgraduate only) – thus the need for us to move to our own dedicated and purpose-built campus is now really pressing.

And that has given my colleagues and me the fantastic opportunity – one which arises perhaps once in most of our university careers – to start from scratch. The particularly supportive educational environment in the UAE affords us real possibilities: we are encouraged to be creative and to think “blue sky”.

But we also need to harness the wealth of thinking and research, not to mention the significant developments in materials and construction, that have burgeoned in the higher education sector with regard to designing, planning and realising new campuses.

This can be overwhelming: in our own case we must bring together a research-intensive environment which is our USP, alongside modern teaching and learning areas, with information commons, event spaces, and facilities for all manner of activities some of which we don’t even know exist yet. All of which must be fit-for-purpose at the point when we move in but must also sustain us for at least another fifteen years if not more.

There isn’t room in a short piece like this to rehearse much of the significant and useful debate on the university of the future. But we can address some of the important factors we know will be the pillars – both literally and figuratively – of the campuses we are building now.

Face-to-face on-campus engagement is still a vital part of the student experience. It’s a truism but one which bears repeated underlining in today’s world where cash is king and knowledge appears to be disposable: a university education is about more than just a degree.

There are many reasons why students come to campus, and why they will continue to need and want to come to campus: to meet and mix; to challenge and debate; to encounter people from different cultures, backgrounds, genders, faiths, sexualities, and behaviours; to fall in and out of love with learning, each other, and themselves—all the non-verbal cues which are so hard to interpret online.

Then there is the communal entity of a university, not just within itself but in and as a vital part of the locality and community in which it works and thrives. Education institutions serve as hubs for a plethora of functions each of which enrich and nourish the people around them: public lectures; continuous/lifelong learning; training courses; sports facilities; theatre, music and dance; language labs; evening classes; external event hosting; even crèches and car parks.

Advanced technology can replace a large amount of the monotony of administration, it can reinvigorate staff and free them up to engage with students and colleagues more, and it can make our jobs both more proactive and effective through big data, statistical analysis and forecasting trends, all of which will revolutionise the way we can keep our universities at the forefront of knowledge.

Technology offers slicker, more efficient methods to a model that has lasted for over a millennium; it doesn’t offer an alternative. For example, artificial intelligence hasn’t yet produced the white heat that had been predicted; it is still more of a slow burn. And the benefits of AI will be seen in the back offices of administration rather than in the clumsy and frankly embarrassing attempts at robot lecturers we see trotted out at conferences and conventions intent on persuading us they are the educators of the future!

There are plenty of reasons universities have been in existence for more than a thousand years; all those which have survived and thrived have done so because they have adapted to and grown with society around them, often leading and informing the very change that they have witnessed.

We should be extremely wary of the EdTech vendor or the commercial carpetbagger who pops up with an online solution to miraculously transform the university into an entirely digital enterprise; it smacks of opportunism and short-term gain with little or no regard for the real, long-term future of higher education, or indeed of the needs and desires of students themselves.

Instead, we need to work with technologies: as far as possible future-proofing both our pedagogic methodology and the physical presence of education.

I write ‘as far as possible’ because of course, this is a problem any cutting edge industry faces: what is top of the line, trailblazing now, is old hat tomorrow. That is a cliché of a cliché itself.

Given that we know many of the jobs our future graduates will take don’t yet exist, how then do we future-proof our teaching spaces to take account of purposes not even thought of at this time? One obvious way is to embrace the interdisciplinarity of the modern university, where subjects intersect, and the traditional definitions of student and teacher/academic become blurred. The physical infrastructure which supports and nurtures this new way of interacting requires multipurpose, multifunctional, and dynamic architecture.

This already happens in the contemporary education sphere – for example, university libraries have changed out of all recognition even in the thirty years since I was an undergraduate student. Libraries are still the beating hearts of our education communities, but rather than stack upon stack of dusty books they are now learning commons, group study pods, IT helpdesks, cafés, meeting spaces, event venues, and many more creatively purposed uses besides.

So it is essential that we continue to plan, design, build, and inhabit campuses, however they morph and adapt to future developments. Physical campuses, rather than – or as I would say, alongside – online environments, enable us to do what we do best. And that is helping students become independent learners, and providing us all, students and staff alike, with space(s) to continue our development into well-rounded human beings alive with the possibilities of knowledge. 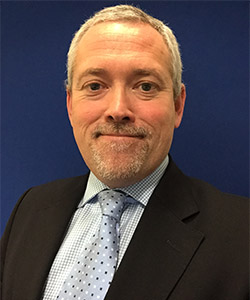 Hugh Martin graduated from the University of Oxford with a BA (Hons) and an MA (Hons) in English Language and Literature. This was followed by an MLitt in Creative Writing (with Distinction) from the University of St Andrews. His PhD research is in rhetoric and writing. As an academic, Hugh held the post of Associate Lecturer at The Open University for 15 years.

Play is Universal, Long Live Play
The Quality of Teachers Does Affect Students!
The Path to Being a Doctor in the USA (and/or Canada)
The Discovery Approach to Learning
Student-Centred Reform of Higher Education in the Middle East Region: The Importance of Promoting Engaged Teaching and Fostering an Entrepreneurial Mindset
Sharjah Academy for Astronomy, Space Sciences, and Technology (SAASST): A Higher Education Space Sciences Oasis in the Middle East
CONTACT US