Role of Music Therapy in the Education System 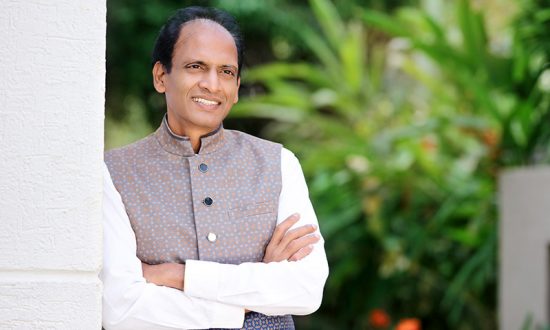 Dr Lakshminarayana Yeluri is a musician by passion, and businessman by choice. He is the founder of Muzigal, a digital-first marketplace set out to transform online music education worldwide. He started with a meal joint and a food truck during his college days. Soon after his graduation, he became a trader in dental materials at his hometown – Vizag. He moved to Hyderabad in 2007 to build scalable business models, and the first among these was Impel Overseas in Study abroad consulting, which he grew to a national brand in less than three years. Since 2007, Dr Lakshmi has built 10 businesses in the unorganized b2b and b2c segments. One of the notable brands he has created is Studio 11 salon & Spa, with over 150 salons across India.

When William Congreve wrote, in his 1697 work ‘The Mourning Bride’, that “Music hath charms to soothe a savage breast, to soften rocks, or bend a knotted oak.” he was not indulging in a flight of poetic fancy but recording an essential truth. He is in fact believed to have borrowed the idea from the Romans.

Indeed, ancient civilizations, be it in Rome, Egypt, or closer home in India, have long recognized the therapeutic qualities of music, while extolled its many virtues and stirring facets.

Closer in time, it was during the First World War that the power of music as a therapeutic tool came to be recognized, following the effects it was observed to have on wounded soldiers, who were exposed to musicians during and after the years of conflict. Doctors and clinicians saw first-hand the powerful influence it had on the healing process and recommended professional musicians were hired by hospitals to serve that particular purpose. This created an awareness of the need for specialized training in the appropriate delivery of music as a therapeutic method, from which point it then grew.

Since then, much time, effort and expense have been devoted to developing this area of specialization, with more and more universities including it in their curricula, extending to both research and application.

Today, music therapy is an acknowledged form of expressive arts therapy, and it uses music to improve and maintain the physical, psychological, and social well-being of individuals. It embraces, within this description, a range of activities, including listening to music and playing musical instruments, as well writing and rewriting lyrics, composing and singing.

Seen to affect several regions of the brain, including those involved in cognition, emotion, movement and sensation, music has increasingly been employed to treat a broad spectrum of physical and psychological conditions – ranging from depression, anxiety and insomnia to schizophrenia, dementia and Alzheimer’s. It is also used to create environments that nurture positive development in settings as diverse as schools, hospitals and correctional facilities.

It is not, by any means, only those seeking to address physical or psychological issues who can benefit from the wondrous powers of music. From young children to senior citizens, all members of society stand to gain from the salubrious influence of music, especially those who choose to play an instrument themselves. Skills developed in art education often transfer to other areas of life and professional work.  Art education offers a more open approach and celebrates the culture differences.  Art education exposes to a creative side; they provide mental, emotional, and educational benefits — and more.

Importance of arts education in the school years

Arts Immersion can be a method of lifelong learning as well as a model used in K-12 settings, for preparing students for their college lives and further studies. Role of schools to connect the experiences of life outside the classroom to the learnings inside the school.

An immersive art education initiative, imparts awareness, education and knowledge about music through interactive online classes Access to experienced music gurus and high-quality teachers in a few clicks. Wide range of music learning from instrumental to vocal in classical, Western and popular genres.

Need for balance between academics and other activities in student life

A healthy balance of academics and extracurricular activities is key to a successful college experience. Imbalance causes poor performance in one area but can lead to stress and anxiety in both.

The disciplined, structured practice that playing music demands, reinforces those brain functions, permitting musicians to apply that strength to other activities. Playing music also combines the linguistic and mathematical precision involving the left hemisphere of the brain with the novel and creative content the right hemisphere drives.

These factors lead to an increase in volume and activity in the brain’s corpus callosum, which connects the two hemispheres, permitting messages to travel across the brain faster and through more diverse routes.

These scholarly findings apart, learning to play (and playing) an instrument, has more easily discernible benefits, especially for younger members of society in the formative years of their lives.

Making music, whether alone or in a band, choir or orchestra, inculcates habits of patience, discipline and dedication. It engenders positive feelings of confidence and self-esteem, contributes to the development of higher IQ, greater creativity and better memory.

Senior citizens, too, stand to gain from the boons of music – and it is never too late to learn how to play – as research shows that several age-related illnesses can be kept at bay by simply setting free, through nuance and practice, the song of the soul that resides in each instrument.

All of which leads us to conclude — whether we concur or not with Shakespeare’s Count Orsino, on music being the food of love — that we must wholeheartedly exhort all musicians, old and young alike, to play on.

Emerging Trends in Skill Development
The Safety Net for India’s EdTech Revolution: Smart Regulations
Educating Children in Their Mother Tongue
Master's vs MBA - Which is the Right One for You?
ImaginXP & OrangeSlates enter into a strategic partnership to upskill 50,000 educators using digital tools
Vishwarang touches international heights
CONTACT US