Risk Management in the Time of Black Swan Events 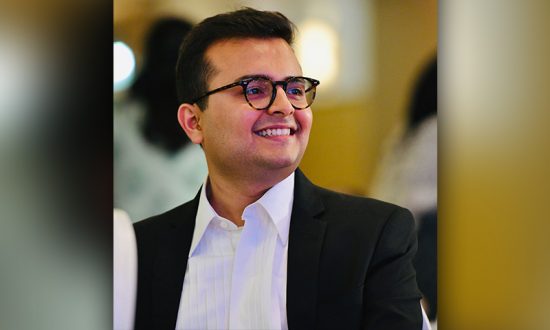 Hersh Shah, a Commerce Graduate from Mumbai University (HR College of Commerce & Economics), is a member of the Institute of Chartered Accountants of India (ICAI) and an alumnus of IIM – Bangalore. He is a Technical Specialist elected by the Institute of Risk Management, UK. He has over a decade of experience in audit and assurance, risk management, consulting, and corporate finance, including structuring of strategic alliances & partnerships with a specific focus in the education sector.

In 2003, an unknown virus, later identified as SARS-CoV, began its march in Asia. First reported in February that year, the respiratory illness eventually overtook 26 countries, infecting over 8,000 people and resulting in 774 deaths before the virus was contained. It was what later came to be called a Black Swan event, a term coined for an event that is rare, unpredictable, and calamitous. In other words, a black swan event is an unknown – you do not know what you don’t know, and so you can’t prepare for it.

The COVID-19 pandemic, however, was not a black swan event. The precedent set by the 2003 SARS outbreak had already given us an inkling of how an epidemic might impact people and economies. When the Ebola hemorrhagic fever broke out in 2014 in Africa, it also showed us the bleaker scenario – while the fatality rate for SARS was estimated at 14-15 per cent, Ebola had a fatality rate of 50 per cent. In fact, Bill Gates has been warning us since the Ebola epidemic about another, potentially devastating, global outbreak. We also knew how intertwined the economies of the world had become over time – this was proved by events such as the 9/11 attacks and the financial crisis of 2008, the impact of which reverberated around the globe. What happened in 2020 was a Grey Rhino – an event that has a high probability of occurrence has potential for far-reaching impact and yet, has been largely overlooked.

The ideal way to successfully navigate a black swan event is to anticipate it in the first place. While this is not impossible, it is still the road less travelled. Indeed, according to a global survey we conducted in April, nearly one-third of the organisations had not considered a pandemic to be a relevant risk, and a fifth of the organisations had not taken any mitigating actions. So how does one predict the unpredictable?

Scenario planning is a technique used to map various possible situations, from high-probability to low-probability, that may impact an organisation, and to chart multiple courses of action accordingly. Horizon scanning refers to the method of analysing available information for early identification of potentially important trends. Both scenario planning and horizon scanning empower companies to become more agile and effective in responding to any scenario that eventually comes to pass. Organisations that accomplish these exercises are not only able to withstand crises but emerge from them with greater stakeholder trust and a more substantial reputation due to their foresight.

However, we know that this does not always happen. For many organisations, the COVID-19 pandemic equated to a black swan event simply because they considered its impact to be of low enough probability that the event did not need preparing for. But there are still ways to respond to such crises even though one has not planned for them.

Resilience in crisis and effective communication

When an unforeseen crisis occurs, companies need to be prompt in mapping it and the developing impact on various stakeholders, implementing the necessary mitigation measures to ensure business continuity, and equally importantly, deploying robust communications. Early and comprehensive interactions serve to reassure stakeholders, both external and internal, of the robustness of an organisation’s strategy and vision, and gives them confidence in its ability to emerge successfully from the crisis. This includes identifying the key messages the company wants to communicate during an event, and the channels through which they will convey these messages.

Technology as a vital tool for continuity and efficiency

Technology has played a critical role in business continuity for organisations that are weathering the ongoing pandemic. While not every business is of nature where technological adaptation is a viable option, for other companies’ technology facilitates collaboration and connectedness, in turn leading to continued productivity and operational efficiency. In the current scenario, where most employees have been forced to work remotely, investing in resources that support such an environment has benefited organisations.

Of course, ultimately, the best way to manage a crisis is to prevent it altogether. To create a future-ready organisation, companies need to plan for and implement actions designed to eliminate potential threats or reduce their likelihood of manifesting into full-blown crises. It is crucial to bear in mind that all roles and functions within the organisation are subject to risk. Therefore, it is imperative to develop a holistic approach to risk mitigation. From an enterprise risk management perspective, this means not only preserving the objectives of a company but also being prepared to seize the opportunities that emerge from a crisis, to enhance the company’s value. 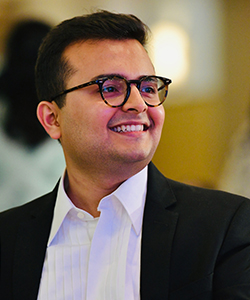 Hersh was previously associated with KPMG Risk Consulting, where he worked on many enterprise risk consulting assignments. Hersh was also selected amongst the ‘Top 6’ of the firm as part of the Ideas for Innovation Initiative by the CEO’s Office at KPMG India. He has travelled extensively to South Africa, USA, UK, China, and the Middle East for his professional assignments. Post KPMG, Hersh also helped in setting up an entrepreneurship business school in Mumbai. He was also one of the 450 people to be selected in 2014 for a social entrepreneurship train journey across India which helped him decipher rural and semi-urban India. Hersh has trained over 1000+ students across India in risk management since the age of 21. Hersh’s last stint was Founder & Head of ITI Vikas – a microfinance NBFC at The Investment Trust of India Limited where he managed a portfolio of over 100+ crores leading a team of 250+ people across India.

5 Reasons why online learning will be the future of education in India
Ivy Leagues Are Not Just For Class Toppers; Know How to Find Your Way In
Why do Higher Education Institutions Need to Focus on Curriculum 4.0?
Top 6 Enterprising Careers for Finance and Accounting Professionals
Educational Initiatives launches ASSET Digital Learning Programme
Rishihood University Hosts Global Virtual Exchange to Discuss the Future of Hospitality Sector post COVID
CONTACT US