Home /INDUSTRY, INDUSTRY PERSPECTIVE/If Software is Liquid, How Can the Role of a Devops Engineer Be Anything Less Than Fluid?

If Software is Liquid, How Can the Role of a Devops Engineer Be Anything Less Than Fluid? 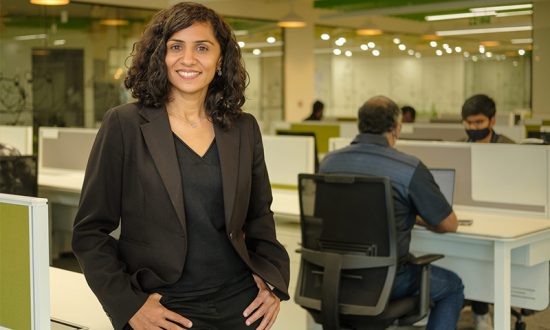 Kavita has over 20 years of experience in leading Enterprise Sales, Alliances, Strategy & Planning for core technology & e-commerce companies. As General Manager for JFrog India, she manages India Business and Operations including R&D, Support, Sales & Marketing, Finance & Operations. Before joining JFrog, she worked with the Flipkart Group, where she was associated with various businesses including Made in India brand Billion and also with Flipkart Ads as the Head of Planning & Strategy. Her most recent stint with them has been leading Global Sales at Myntra, for their AI-based SaaS product.

Do you know that Netflix updates are running in the background while you are binge watching Money Heist or your favorite series? And thanks to that update program that has been worked on by a DevOps engineer, you will be offered similar profile shows the next time you log on? DevOps has truly become a buzzword, especially of late as businesses adapt and learn to work in the cloud. But what does DevOps mean? Consisting of two words – development and operations – DevOps is an IT mindset that encourages communication, collaboration, integration, and automation among software developers and IT operations in order to improve the speed and quality of delivering software.

It goes without saying that DevOps engineers -those who straddle this space between development and operations have become an increasingly important tribe. Indeed, a recent CodeInGame survey of 15,000 developers and Human Resources professionals shows that “DevOps engineer” tops the list as the most in-demand developer job title of 2021.

As per IDC, the DevOps software market is projected to grow to US$ 6.6 billion by the year 2022, unlocking numerous career opportunities in the space. It stands to reason that leading job search portal, indeed.com has witnessed a 75% rise in listings of DevOps jobs while LinkedIn has recorded a 50% increase in mention of DevOps as a skill. The Indian market is no exception and there is a pronounced increase in search rates for appropriate DevOps courses among developers and fresh graduates as they understand the importance of this role.

So what does it take to become a DevOps engineer? Contrary to popular perception, just knowledge in coding and scripting is not sufficient for a ‘quality DevOps engineer’. In addition to proficiency in the latest tech stacks such as Python, Node.js, Git, Jenkins and new processes such as multi-threading and micro processes, the number one skill for a DevOps engineer is strong communication and collaboration skills.

Central to the role is the ability to solve organizational issues and improve business processes. That’s one of the reasons why a DevOps engineer’s experience of working on a wide range of projects is critical. Companies in the growth stage across sectors such as gaming, fintech, online delivery have particularly been known to make for impactful DevOps case studies and underline the kind of skill sets most companies want to invest in today.

When we look at the DevOps role, we are seeing a definite shift in the market from just senior managers to junior and mid level managers who have on ground experience of real world projects rather than just amassing course certifications. I would go one step further to state that even when pursuing computer science or software as a choice of subject, students should focus on experiential training/project work. This can make all the difference to building a successful career in DevOps.

Finally, remember if your aim is to achieve continuous improvement and continuous delivery, it is but natural to assume that the role of a DevOps engineer remains fluid and one where you are constantly learning with every new project. So, look to increase your value by never staying stagnant. After all, that’s the very essence of software as we know it today.

5 Reasons why online learning will be the future of education in India
Ivy Leagues Are Not Just For Class Toppers; Know How to Find Your Way In
Why do Higher Education Institutions Need to Focus on Curriculum 4.0?
Top 6 Enterprising Careers for Finance and Accounting Professionals
Truman State University Offers Lifetime Opportunity for Indian Students Aspiring to Pursue Education Abroad in Business Administration and Computer Science
An AI Software to Communicate with Deaf and Mute in Real-Time
CONTACT US