Home /ACADEMIC/Higher Education – Challenges and Opportunities in the Middle East

Higher Education – Challenges and Opportunities in the Middle East 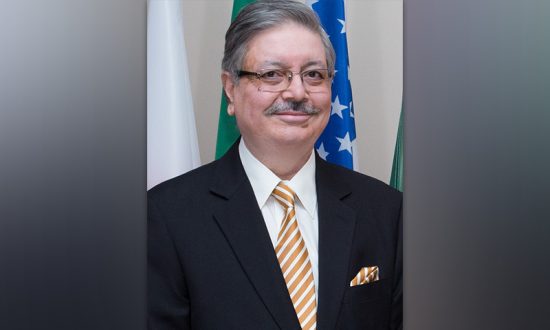 Amitabh Upadhya is a higher education scholar and administrator with a PhD in tourism studies; he is associated with several international institutions as visiting professor and member of institutional advisory boards. Widely published in journals and periodicals, Amitabh sits on editorial boards of several prestigious academic journals and is a regular reviewer for many of them.

The enormous growth in the range and reach of information communication technologies across the globe has disrupted the traditional form of higher education practised in established and revered centres of learning that gained their reputation and prestige over centuries. The current wave of a global pandemic has only hastened the teaching and learning paradigm for online mode, which was anyway gaining strength and recognition, slowly but surely. The phenomenon of globalization fuelled by advancement in communication technologies has impacted higher education, leading to a need for universalization of curriculums and internationalization of campuses. Both these requirements presented great opportunities for countries that gained freedom from colonial rule in the decades, after the Second World War, for establishing quality indigenous institutions steeped in their own traditions with all ingredients of modern international scientific education. It is still work-in-progress in most of the countries of the Middle East.

Higher educational institutions (HEI) the world over have over decades aspired and competed for recognition and reputation through the process of national and international accreditations. Authors like Kotler and Fox, believe that the reputation and image of an institution are not absolute, but relative to the images conveyed by other HEIs. It is a function of the strategies that HEIs use that result in building perceptions of their public. There are over twenty-five factors that have been identified by scholars that contribute to image building of an institution of higher learning. A few of these include the university social life atmosphere, programs on offer, employment opportunities, quality of faculty and instruction, location and cost of the program. It is also interesting to note that there seems no correlation between bare accreditation of a higher educational institution and its image, which is built over years of successful operations and the visibility of its illustrious alumni in the society.

Moving on to the Middle East, it is historically well known that the region has had its own and glorious share of educational traditions. However, the demands of modernization and economic competitiveness required the countries of the region to establish and encourage proven western models of education. Historically, the educational system of the Middle East had flourished under the Islamic Caliphate beginning with the Umayyad and Abbasid dynasties (750-1250 CE) all the way to the Nineteenth century, following a system of Maqtabs & Madarsas dealing in elementary and higher education respectively. The system continued in some form or the other until the First World War, which saw most of the region coming under the colonial rule of European powers. This resulted in the entry of French and British schooling to the region, which initially remained restricted only to the elite however spreading widely across the region within a few decades. The impact of the western education system was profound. However, its physical reach in the region remained sparse, and many a Prince and Princesses preferred to travel to North America or Europe to pursue higher education in their chosen fields.

Focus on the entire Middle Eastern educational system, as it prevails today, would be beyond the scope of this article since the region is very large and varied. It has some established educational systems that continue to face challenges of political, economic and social nature that have become common to the region for the past half a century of a troubled history. There is a long and established University system inspired by the modern western education in countries like Egypt, Jordan, Iraq and Iran besides some others that merits an entirely separate discourse. As such, the discussion here is being narrowed down to the Gulf countries in general and the United Arab Emirates (UAE) in particular. The UAE is one of the six Gulf countries of the Middle Eastern region that include Saudi Arabia, United Arab Emirates, Oman, Qatar, Kuwait, and Bahrain and have a comparatively shorter history of modern higher education. The Gulf region is the oil hub of the world, and the economies have grown many folds in the last fifty years bringing with it economic prosperity to the region.

The UAE was formed in 1971 as a federation of seven Emirates (states) with dreams of its visionary founder Sheikh Zayed, the then ruler of Abu Dhabi along with the rulers of Dubai, Sharjah and other Emirates, to take the country on a path of prosperity and modernity and make it a model of peace and prosperity among the community of nations. It was understood quite early in the course of UAE history that education must be given priority for achieving a high level of economic and strategic competitiveness amongst growing globalization. The initial model adopted by some of the Emirates was to encourage foreign institutions to establish their systems or branch campuses both at the secondary and higher education level. This resulted in multiplicity and complexity of standards besides ambiguity in the certification of graduates!

The formation of the Ministry of Higher Education and Scientific Research that was later expanded and renamed the Ministry of Education (MOE) was a resolute step in the direction of streamlining higher education in the UAE that also established under the aegis of MOE the Commission of Academic Accreditation (CAA), for overseeing standardization of higher education as the authorized accreditation agency of the Federal Government of UAE. There are over a hundred MOE-CAA accredited institutions in the UAE, out of which about seventy-five are active. The establishment of the National Qualification Authority that formulated the UAE Qualifications Framework has further added credibility to the Ministry efforts. It must, however, be noted that despite the efforts of the Federal Government to streamline operations of higher education institutions in the country, many unaccredited institutions are operating under the provisions of state education departments.

With a population of just around nine million, of which over 80% are expatriates, the number and variety of higher education institutions operating in the UAE are relatively high which poses challenges of standardization as well as uniformity! The pandemic has restricted mobility of students across the globe presenting an opportunity to institutions in the region to consolidate their positions and a possible correction in the educational environment of the region in general and the UAE in particular.

The significant challenges that the region has witnessed, during the past couple of decades wherein rampant expansion of institutions of all hues and colours were allowed to take place, revolves around two planes viz. (1) Standardization and Quality Control, and (2) Multiplicity of Educational Systems. It is necessary thus to encourage home-grown institutions steeped in the regional traditions and blended with modern educational systems.

The opportunities, on the other hand, are enormous and can initially be narrowed down to the following two aspects to make a case here. (1) A young and eager Emirati population hungry for global recognition, and (2) world-class infrastructure and a well-connected central location of UAE on the global map. The UAE has the potential for becoming a hub of higher education and usher in true internationalization of higher education.

It has been observed that most of the institutions operating in the UAE established in the last two to three decades, have opted for either a soft option of less capital intensive programs in areas of Business Management and Legal & Professional Training or Technical programs in Engineering and Medicine that of course required bigger investment. Most of these programs are conducted at a Diploma and or Undergraduate levels, and their focus has been on the oft-quoted term “job oriented”! This leaves a large part of pure physical & social sciences completely neglected, exposing a big gap in the educational sector of the UAE. However, large public universities such as the UAE University and the American University of Sharjah, do offer a larger bouquet of programs but a majority of institutions do not.

The world recently has seen an emerging paradigm for education that is only for making populations job-worthy thus advocating and concentrating on skills rather than higher-order learning of conceptual and philosophical moorings that develop knowledge into wisdom. There will always be a need in the society for deep thinkers that fuel the fire of creativity, in conceiving ideas in designing and producing efficiency in economic activities besides and more importantly cultural and human values reflected in arts and literature. The issue of multiplicity of systems also needs special attention, and integrated indigenous value-added futuristic curricular design must be implemented across institutions that seek UAE accreditation. This will have an identity of its own comparable to the Australian and South-East Asian higher education systems that have, of late, gained respectful recognition and image. 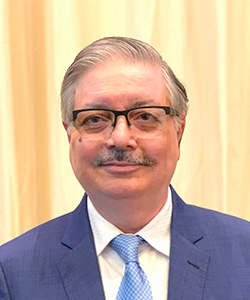 With an experience of over thirty years, Amitabh has also been involved in consultancy projects and design, development & conduct of training programs. His recent area of academic interest has been higher education administration and governance and industry-academia interface besides destination marketing & management. As an educationist, Amitabh has been the recipient of a few distinguished awards, including Academic

Blood Cancer Awareness Month: Facts, Types, Symptoms, and Treatment Options of Blood Cancer
Education Sector’s Role in the Road to Net Zero
Prepare The Next Phase of Your Career in Emerging Digital Enterprises – A Lesson from IIM Udaipur
Play is Universal, Long Live Play
GCC Student Mobility in Higher Education and the Unique Opportunities in UAE
In the Mission of Developing Job Creators – A Multipronged Approach from Middle East Higher Education System
CONTACT US