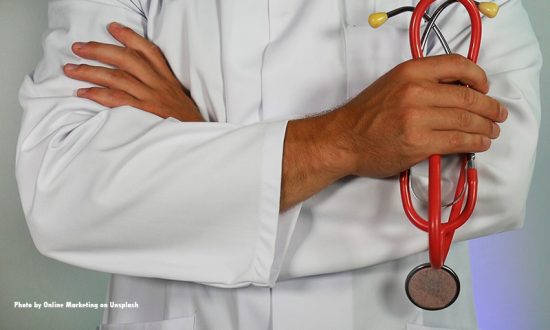 A medical career has always been one of the most sought after ones by Indian science students. Despite having some of the best medical colleges right here in the country, the number of Indian students applying to pursue their degree abroad has increased in the last few years.

The most common reason cited for this surge in the popularity of international medical degrees is the extreme competition, and the expensive tuition fee of some of the private institutions. Over the last few years, students have come to realise that in spite of not getting into their preferred school in India, they are able to fulfill their medical career aspirations by completing a degree from other countries.

This has led to students heading abroad for a more affordable, and high quality degree. Apart from gaining international exposure and world class experience in medical tech, some students also consider this as an opportunity to visit a different part of the world. Listed below are some of the best countries for Indian students to head to, to pursue their international medical education.

One of the quickly up and coming places for Indian students to pursue their international education is the small English speaking Caribbean nation. Situated between both the UK and the US, the West Indies offers accredited universities that can aid students establish a career in either country. Thanks to its high success rate for placements in the US, West Indies is a highly popular destination for international students. With breathtaking views, and a colourful academic environment, the West Indies is slowly gaining popularity as a country that offers English taught courses.

St George’s University, Grenada offers one of the best medical courses in the country. As the number one international source of US doctors, taking all schools around the world into account, SGU is also the largest provider of doctors to the entire healthcare system in the US. Moreover, the school also offers four-, five-, six-, and seven-year MD programs which allow students to pick up where they left off. Especially for Indian students, SGU would be highly suitable, thanks to their 5-year Pathway in partnership with Ramaiah Group of Institutions. With this, students have the option to complete their first year in Ramaiah, Bengaluru, before moving on to Grenada or the UK.

Additionally, Grenada is one of the most picturesque places to study in. Apart from numerous sightseeing opportunities, there are distillery and chocolate tours, rainforests, hikes and also water sports available.

China is one of the top choices for international students, thanks to its rich culture, low tuition fee, and affordable cost of living, as compared to other countries. Moreover, China offers numerous beautiful places to travel. Students can also use this opportunity to travel to other Asian countries that are on China’s borders.

Huazhong University is one of China’s top medical colleges that has been accepting international students for the past 50 years. In April 2001, Huazhong University of Science and Technology established the School of Medicine and Health Management of Tongji Medical College.

The school implements a concept of “collaborative innovation, opening and sharing”, and has also established partnerships and collaborations with WHO, United Nations Children’s Fund, China Medical Board and other internationally renowned universities in Germany, Britain and the United States.

The university campus also provides an artistic atmosphere filled with people from all around the world.

Georgia offers several WHO recognised medical institutions, which requires no admission tests. Georgia is especially attractive to Indian students as courses are taught in English. With the international education scenario in Georgia continually developing, the affordable tuition and cost of living, and the lively student landscape encourages students to apply for courses in this country.

Batumi Shota Rustaveli University is one of the leading institutions in Georgia that offers a holistic medical degree. The English taught program is partially integrated to include both trans-disciplinary modules and study courses. The course also focuses on the elaboration of clinical competencies, basic skills and effective management of medical resources. includes both trans-disciplinary modules and individual study courses; is focused on the elaboration of the clinical competences, basic skills; effective management of the medical resources.

The university also closely works with leading higher education institutions both in Georgia and other countries. Moreover, a number of international scientific conferences and symposiums are regularly held in the campus.

For over 25 years, students of all academic disciplines have headed to Russia to achieve their ambitions in international education. With India also recognising the degrees by most of the Russian institutions, students also have the option to return to India to pursue a career. Universities also offer courses completely in both English and Russian, which is a great opportunity for students to pick up another language. With low cost of living and intakes in July, Aug and September, Russia gets more than 2,50,000 international students from over 160 countries a year.

Omsk State Medical University is one of the oldest and largest medical universities in Siberia. The university has an alumni of over 35,000 doctors practicing all over the world in fields such as General Medicine, Pediatrics, Preventive Medicine, Dentistry, and Pharmacy. With a fully streamlined international student exchange and collaboration activity, OSMU is constantly ranked among 100 best universities of Russia.

Why Opt for an Ivy League College?
What Makes Queensland One of the Preferred Study Abroad Destinations?
Studying Medicine in the Caribbean
Flinders University celebrates 10 years of Northern Territory Medical Program
Emerging Trends in Skill Development
Keys to Business (and Education) Success from Design Thinking
CONTACT US