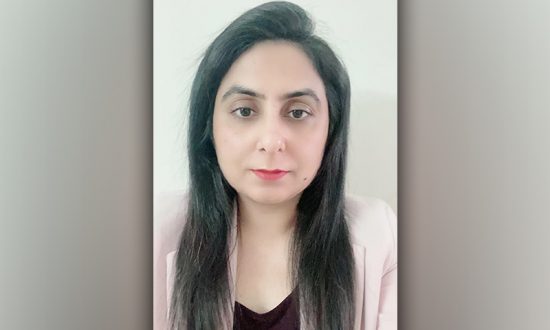 Dr Naveen Nandal is a research-oriented academician who is not only a good researcher but also an excellent teacher. A PhD holder in Management and a Masters Degree in Marketing and HR, she has a good grasp of multivariate data analysis using advanced statistical software. With 6 Years of experience in academics and research, Dr Nandal has published various books and research papers in Scopus and web of Science Journal. She has also assisted in major UGC project. Dr Nandal is an alumnus of Guru Gobind Singh Indraprastha University, formerly Indraprastha University, New- Delhi.

The coronavirus outbreak has impacted more than 185 countries, and the pandemic has further left various verticals across diverse businesses gasping for breath. COVID-19 has swept off nearly a third of the global market cap and has created a state of panic amongst people. Not just that, the virus is also seen crashing economies and stock markets, making it a dark, dark phase for investors and businesses.

With tumbling stock prices and a trembling world economy, the novel virus has affected industries drastically, making them crawl their way to survival amidst the crisis. A few sectors which have been impacted intensely in terms of economy and finance in these Coronial times are:

Travel and Aviation Industry in a Soup

The travel and aviation sector are the hardest-hit industries amongst the whole COVID chaos. The vertical has been nosediving ever since the airline services were halted for the time being and governments of various countries took strict measures for the travel and aviation industry to sit back as the nations imposed lockdowns for a decided interval of time. Even after the lockdowns of the countries are lifted, the governments across the globe still have stringent restrictions such as cutting down flights to flatten the curve and prevent the spread of the virus. This has further shaken the entire industry and taking a toll on the economic contribution by the aviation and travel industry.

The global stock market has been seen nosediving ever since the global outbreak of the virus; impacting not just the economies of a country or two but the whole world.

Talking of the lowest of the lows, it is observed that the Dow and the FTSE have seen their biggest one-day declines since 1987 after the pandemic. All global economies, whether it is Russia, Brazil and France, almost fell around 30 per cent due to the virus.

The FTSE, Dow Jones Industrial Average and the Nikkei have all seen massive falls since the outbreak began on 31 December. Investors fear the spread of the coronavirus will destroy economic growth, and that government action may not be enough to stop the decline.

In response, central banks in many countries slashed interest rates to make borrowing cheaper and encourage spending to uplift the economy. Global markets did also recover some ground in late March after the US Senate passed a $2 trillion (£1.7tn) coronavirus aid bill to help workers and businesses.

The world pandemic has kept people inside, and demand for oil has dried up. The prices of the crude oil had dipped and were affected by a row between OPEC, the group of oil producers and Russia. This also led to a dip in the pricing. Brent crude is the benchmark used by Europe and the rest of the world. Its price dipped below $20, to the lowest level seen in 18 years.

Russia and other countries have now agreed to cut the production cost, the world still has more crude oil than it can use. Therefore, stabbing the crude oil profits in their gut and contributing to the crash in the economy and on stock markets.

The global economy progresses when there is ample wealth for all and new job opportunities for people to consume and grow with. It is measured by looking at the percentage change in gross domestic product, or the value of goods and services produced, typically over three months or a year. The International Monetary Fund (IMF) went on supporting the reports of the crash-down as it made a statement about the global economy shrinking by up to 3 per cent this year. The IMF described the decline as the worst since the Great Depression of the 1930s.

Although the coronavirus has plunged the world into a crisis like no other, it does expect global growth to rise to 5.8 per cent next year if the pandemic fades away in the second half of 2020.

Layoffs Due to COVID-19

As the World economy falters due to the virus, millions of jobs across sectors are on the line. All over the world, numbers of people are filing for unemployment. The rise in unemployment intensified pressure on the government as the unemployment rate hits a record high. All sectors had to follow the government precautionary measures to limit the spread of the virus, including closing pubs, restaurants, non-essential shops and numerous businesses which led to a sharp decline in the sales which further led to unemployment and layoffs, thus contributing to a ruptured economy.

Stock markets all around the world have hit their rock bottom, and the businesses are struggling to stay afloat due to the downfall of the economy. However, all hope is not lost just yet. Experts say if the virus is controlled and prevented by stringent measures, the economy is going to pick up the pace. Only because the storm is at its peak, does not mean that it is never going to run out of the rain because it will, and that shall indicate the start of a newer era, the one with new hopes and new horizons of successes.

Blood Cancer Awareness Month: Facts, Types, Symptoms, and Treatment Options of Blood Cancer
Education Sector’s Role in the Road to Net Zero
Prepare The Next Phase of Your Career in Emerging Digital Enterprises – A Lesson from IIM Udaipur
Play is Universal, Long Live Play
Adoption of Digital Tools in Education and the Repercussion of COVID-19 on Real Estate Job Aspirants
How to Upgrade Skills to Remain Employable During COVID-19 Crisis
CONTACT US