Home /ACADEMIC/Dreaming to Proceed as an Engineer: Here’s Everything you Need to Know about JEE

Dreaming to Proceed as an Engineer: Here’s Everything you Need to Know about JEE 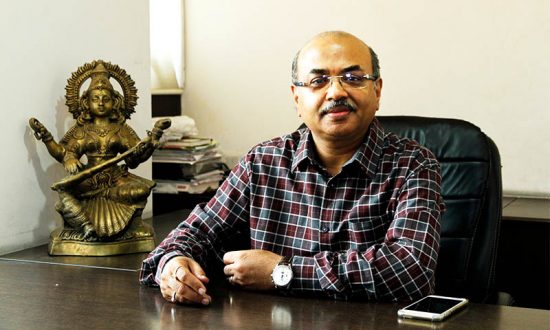 Brij Mohan Gupta an alumnus of IIT-Delhi, took up teaching as a full-time profession, immediately after graduating from IIT he founded Vidyamandir Classes in 1989. Recognized in the test preparation industry as an exemplary teacher and an authority in Chemistry teaching, his vision and dedication of over 22 years has resulted in Vidyamandir Classes today being recognized as the leader in the IITJEE preparation.

Most of the students who take science with maths have a dream of becoming an engineer and pursue engineering from one of the best colleges in the world – IIT!

Let’s have a look at what it takes to get there and the process involved therein:-

A student who is willing to go to IIT has to go through a two-stage process:  the first stage is JEE Main which is conducted by NTA two times a year first in January and second in April (this year due to pandemic it was conducted in September). Approx 12 lakh candidates appeared for JEE main this year. The paper contains 75 questions comprising of 25 questions each of physics Chemistry & Maths out of which 20 questions are single choice correct and 5 are integer type. The results of JEE Main is declared in the form of percentile and after normalisation of the process between the two attempts, a rank is declared.

Out of 12 lakh candidates who appeared for JEE main examination, only the top 2.24 lakh candidates are eligible to write the stage 2 exam known as JEE Advanced which gives admission into prestigious IITs. JEE advanced exam comprises of two papers conducted in a single day in two shifts morning & evening and both the papers comprise of Physics chemistry & maths. The paper comprises of single choice correct, more than one choice corrects, comprehension based, matrix match based & numerical based questions. However, the pattern of the paper is unpredictable as it is the most prestigious exam in the country.

After qualifying the JEE advanced exam, a student has the choice of his form filling through online format provided by JoSAA.  The Joint Seat Allocation Authority (JoSAA) 2020 has been set up by the Ministry of Education [erstwhile Ministry of Human Resources Development (MHRD)] to manage and regulate the joint seat allocation for admissions to 110 institutes for the academic year 2020-21. This includes 23 IITs, 31 NITs, IIEST Shibpur, 26 IIITs and 29 Other-Government Funded Technical Institutes (Other-GFTIs). Admission to all the academic programs offered by these Institutes will be made through a single platform.

For filling the choices in JoSAA, one has to see previous year’s opening and closing ranks which give a fair idea of choosing branch and college. However, the choice of the student may or may not fit in the slot as his rank in JEE Advanced. Some people feel that older IITs for eg, Delhi, Mumbai, Kanpur, Kharagpur, Guwahati, Roorkee IIT BHU & ISM Dhanbad are good and to get admission in these IITs, you should have a rank under 5000 in JEE advanced. However, to get computer science in Delhi & Bombay which are the most wanted, you need a rank in top hundreds.

On the other hand, new IITs are also doing well specifically IIT Bhubaneswar & IIT Gandhinagar. At the end of the day, if you take admission in any of the IIT, you will be labelled as an IITian which will help you to flourish in your career and in getting a good job offer or doing MBA from top B School or raising funds for your own start-up or even for GATE and pursuing your dreams higher!

The cut off for JEE Main is as follows

In addition to these, students can look at various exams whose advertisements are being published from time to time. Students have to note that the preparation is the same for all these exams so they should ideally prepare for JEE which is a superset of all exams.

VMC Family wishes you all the best for becoming an engineer.

Play is Universal, Long Live Play
The Quality of Teachers Does Affect Students!
The Path to Being a Doctor in the USA (and/or Canada)
The Discovery Approach to Learning
Being the Torchbearer of Progressive Change in Teaching Pedagogy and Adoption of Technology
An International Internship is Gateway for Abroad Jobs Post-COVID-19
CONTACT US