Dilemma of a Class 12 CBSE Student 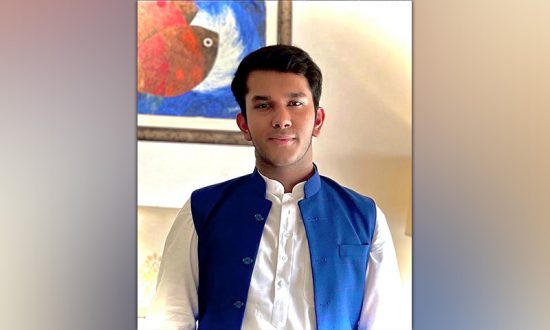 We live in unprecedented times, at least in the memories of those alive today. We are unsure of the present and the future. Death lurks at every turn, every corner, and we try our best to avoid it. This pandemic has affected all of us, for the worse in some shape or form, but most importantly, it has adversely impacted young minds: the future. Our already digital world has been embraced, cutting down on physical interaction: a catalyst for growth.

March 16th, 2020, there were less than a hundred active covid cases. Despite the meagerness of the issue, schools were closed down. CBSE announced that exams for the subjects yet to be conducted would be postponed. Shortly after, on March 24th, the entire nation was under lockdown. There was mass hysteria surrounding this new disease. Even with astoundingly low cases, it was dubbed Armageddon, the end times.

Technology played an important role in adjusting to “The New Normal”. Classes were hosted online via various platforms such as Google Meet, Zoom, or Microsoft Teams. Internal examinations, such as Unit Tests, Half-yearly exams, and projects were conducted online. As the curve began to flatten, we began hearing rumors of schools opening in July. Then it was September. Then it was January. Ultimately, CBSE made a crucial decision: reducing the syllabus for the batch of 2021 by 30%.

On December 31st, CBSE decided to postpone these exams and permitted schools to take optional offline revision classes and offline tests. It was a short-lived relief. that later turned out to be a manifestation of misery. Board exam practicals were to be postponed from January to March, and the Board Exams that take place in March and end by mid-April were postponed from May 4th to June 14th.

It seemed like a relief until the second wave hit. Healthcare facilities in the country collapsed. With that, so did the spirit of the people. Lakhs of people struggled both, inside and outside of hospitals. Tens of thousands of people were dying. Ongoing practical examinations were canceled. Given the sudden health crisis in the country, CBSE decided to cancel examinations for Class 10 students too, deciding to evaluate them based on internal assessments. CBSE took a seemingly harsh decision of postponing the exams of Class 12 students even more. CBSE will announce on June 1st whether these exams will be conducted as proposed.

This decision has left students in a dilemma. Even today, lakhs of students are waiting for the board to make a decision. They have no official decision by the board. In the last two months, almost everyone has had to deal with death, the loss of a loved one. Some have even lost their parents. Mental health is at an all-time low. Anxiousness and uncertainty have had adverse effects on the masses. Pen and the paper exams after a year of online examinations are too hasty and too sudden a shift. Furthermore, there have been reports that hosting these exams could even create a third wave. Have we not suffered enough already? There are no vaccination policies or safeguards for students between the ages of 17 and 18.

Is the board willing to take responsibility for the deaths of students, and the deaths of those they come in contact with, in light of this pandemic, with reports of new strains flowing in regularly? Or will the board declare moral bankruptcy and not address that issue? The family members, the grandparents, the parents, the siblings, the uncles, and aunts? Will the board take responsibility for even one casualty? The lives of lakhs of students and families are at stake.

Most schools have not conducted even a single test or revision class since mid-March. It has been over two months, it would be a critical mistake assuming that students are well prepared to sit in for these exams. With every passing day, anxiousness, frustration, uncertainty, and even a sense of betrayal grows amongst students, parents, and even teachers. There is no clarity. We are in the dark, blindfolded. I believe that these exams are crucial but are they worth the probable loss of life that comes with it? What future are we trying to build by conducting these exams, if there is no one to live for that future?

Another aspect is college entrances that can only take place after these board exams. CBSE proposes to conduct these exams from the 1st week of July, supposedly till mid-August, which means Board results won’t be out till mid-September. When will the colleges begin, November? What about the student who is to submit their board results for conditional admission offers from foreign universities, which start in September? Will worthy students face rejections from prestigious universities because of poor management by the board?

A firm belief of every Class 12 student, every parent, and most teachers is that these exams question the health crisis, it also jeopardizes their future. With three hundred petitions to the CJI, thousands of online petitions and over one lakh Twitter tweets, support from all major political leaders of the country, we urge CBSE to not play with our lives, and to reconsider their current position on this matter. Why are you trying to build a future that we most likely won’t live to see?

How I Scored 99.31 Percentile in CAT: Give it your best shot and relax!
My Experience with the Schwarzman Scholarship
Studying Global Hospitality in a Post-Pandemic World: My 5 Takeaways
How is 17-years-old Nysa Yadav Helping Senior Citizens in Mental Health through ‘Project Inaayat’
Learning Spiral Successfully Managed to Conduct BHU’s Online Admission and Regular Examinations During the Covid-19 Pandemic
Vedantu introduces ‘Help India Learn’ initiative; pledges 15 cr fund to assist impacted children
CONTACT US