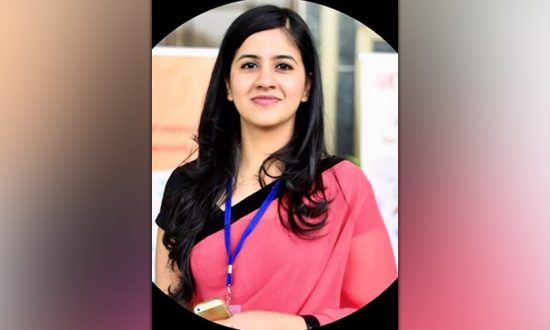 Sanjhee Gianchandani has a Masters’ degree in English from Lady Shri Ram College for Women and a CELTA from the University of Cambridge. She works as an ELT editor in the K-8 space.

The process of English language learning has evolved over the years and adapted itself to the changing educational and cultural contexts and the transformative dynamics of contemporary classrooms. In contemporary times, learners are exposed to a variety of approaches to learning the language such as the use of ICT, realia, game-based learning, project-based learning, and the inclusion of 21st-century skills in language learning.

A relatively new and underutilised pedagogical approach to language learning is CLIL or Content and Language Integrated Learning. The term was coined by David Marsh in 1994.

CLIL is a generic term referring to the teaching of a curricular subject through a foreign language or English in the context of the Indian English-medium education system. The basis of CLIL is that the teaching-learning is carried out in a language that is not the mother tongue of the students. The end objective remains to learn the second language while the content is extracted through other subjects which the students already study as part of their curriculum. It is a dual-focused approach in which both the content and the language are learnt simultaneously. CLIL classrooms are not typical language classrooms due to the fact that language is just the medium through which content is “transported” so therefore this approach produces a lot more immediate results and it appeals to self-motivated adult learners who possess basic knowledge and understanding of the target language and are inclined more towards learning it via vocational streams.

The framework of CLIL is based on the 4Cs i.e. Content (or the subject matter), Cognition (the process of learning and thinking), Communication (the process of interacting and using the language), and Culture (developing an understanding of the language). So, CLIL teaching is not only a matter of learning how to teach both content and language but also how to integrate them. In this aspect, it is very different from immersion or content-based instruction techniques of language acquisition as it emphasises the need to harmonise language and content-based learning rather than prioritising one over the other.

According to Marsh et al. (2001), students cannot improve their content knowledge and skills without learning the language because the subjects are discussed, constructed, evaluated and embedded in language. And the basic aspect of learning any language or developing fluency in it is to acquire as much vocabulary as you can. Vocabulary can be divided into three parts: Basic vocabulary, academic vocabulary, and discipline-specific vocabulary. CLIL involves learning to use language appropriately while using language to learn the subject adequately.

In every CLIL lesson plan given by the University of Cambridge, ESOL examinations, it is repeatedly insisted that “Every subject has its own content obligatory language which means a subject-specific vocabulary, grammatical structures, and functional expressions”. For instance, a chapter on ‘Plants’ in Grade 3 Science would have vocabulary such as ‘photosynthesis’, ‘stomata’, ‘sunlight’, etc which are domain-specific for science for that level, and these words would not be generally found in any other subject. Similarly, “Two plus two equals four” is a grammatical structure that is typical to Maths of grade 2 and the English stories read being the students would not typically be written using such structures.

Therefore, each chunk of content associated with CLIL has a specific vocabulary and the teacher has to relate his/her teaching with the newly learnt vocabulary with the old one, which is also the preliminary step in CLIL approach. CLIL materials can be adapted as per the needs and the language level of the students. This is a more powerful approach to learning a new language as it focusses on the authentic use of language rather than learning it through decontextualised content fragments, memorising grammar rules, or through the cramming of curricular subjects.

The objectives of CLIL are varied, but among the most relevant ones are to improve the educational system, to establish the necessary conditions that will allow students to achieve the appropriate level of academic performance in curricular subjects, to develop intercultural understanding and to hone their social and thinking skills. Moreover, CLIL prepares students for the globalised world by increasing their motivation to learn foreign languages and cementing their intercultural competence.

As an approach, CLIL has been very successful in countries such as China, Malaysia and Thailand in promoting content learning and language acquisition. In India too, CLIL is gaining currency slowly and steadily but needs some more research, the willingness of adoption, and flexible implementation. Some initiatives have been taken in this direction. For instance, CLIL@India, a 3-year project co-funded by the European Union under the Erasmus+ Programme began in 2016 and was successfully completed in 2019. It was basically a consortium of 7 Universities from India and Europe dedicated to developing a new model of bilingual education by introducing Content and Language Integrated Learning (CLIL) as an innovative pedagogical practice in the Indian education system to preserve the nation’s multilingualism.

Evolving from Teacher Training to Continuous Professional Development for Teachers
SRL Diagnostics and DSEU collaborate for education in Medical Laboratory Technology
Tracing the Why and How of International Student Mobility
Re-calibrating Digital Learning Approaches in the Era of New-age Pedagogy
Overseas education platform Leap raises $17 million in round led by Jungle Ventures
Blockchain Tech: Path Towards Scalable Businesses
CONTACT US