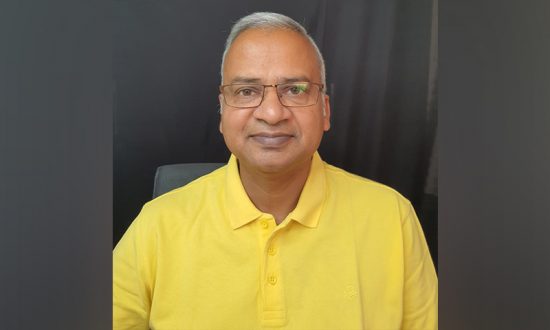 Sunil has spent twenty years in three integrated areas of teaching, research and startup ecosystem. He is one of the pioneers of Blockchain Executive Education in India. He started the first credit course on Bitcoin & Blockchain Technology Applications in an Indian university. His professional interest zones are Blockchain Technology startups, online learning and digital business models.

Any cursory glance at the history of the Indian IT sector creates a very reassuring impression. Something that looked like a minor sector of the economy a couple of decades ago, has become a nearly $200 billion industry and growing at a double-digit rate. What began as a slow movement became an elephantine stride for India, both a global brand and as a great talent story. Today, this story is not just confined to the enterprise solutions’ market; rather it has created multiple unicorns in e-commerce, Software-as-a-service (SaaS), ed-tech, mobility, payments and other realms of the financial sector.

If the past of the Indian IT sector is a great story of resilience and growth, the future cannot be less bright though the sectors of growth would have to be identified, capacity-building will have to be sustained and regulatory framework would have to be supportive. That is where blockchain tech becomes a great unfolding story for India. A country that became the back-office of global IT giants has a new tale to unwind. Millions of quality but affordable software developers would need a nudge to churn out new solutions using shared ledger architecture.

Before we jump into this new wealth era, a quick introduction to the blockchain is important. In a simple sense, blockchains are ledgers but with key properties of decentralization, programmability and antifragility. That transforms ledger databases into protocols of new scalable business models. That is why blockchain is called institutional technology that can redesign a set of fragmented stakeholders to unified business partners. This new model can be merged with AI (artificial intelligence) and IoT (internet of things) to create mind-blowing businesses. India stands at the edge of this era ideally prepared to embrace it.

In a personal anecdote when I was visiting Zug Valley in the outskirts of Zurich in 2019, a VC joked around the huge cost of hiring talent in Switzerland while praising the fact that he can hire ten better talented people in India at the same cost in India. It was a testimony of the fact that the world believes in us far more than we do on our own. Blockchain tech is such a massive set of paradoxes where we are so close to hitting it big yet we are far.  A person who knows JAVA can upskill into Kotlin, the language of Corda, a DLT (distributed ledger technology) platform in a few hours while somebody who knows python can do the same will smart contracts platforms like Ethereum and TEZOS. The jump that may look difficult for many developed countries is just a couple of steps for Indian IT players. Whether it happens through open blockchains like Bitcoin and Ethereum or it happens through permissioned chains like Corda or Hyperledger, the possibilities are huge.

If one thinks of the sectors that can immensely benefit from blockchain tech, the list is just endless. Trade finance, supply chain, payments and remittances, vehicle lifecycle management, custody of assets like equities, derivatives, land records and many more can be counted. The experts have identified more than 80 use cases where shared ledgers can work wonders. Since Blockchain has been gaining popularity across the globe whether it is central banks like the Monetary Authority of Singapore and that of Canada, stock exchanges like Australian Securities Exchange (ASX) or banks like JP Morgan, the number of examples are only shooting up. With every passing day, this technology has been making its presence felt in different ways. If the world moves towards blockchain, India cannot remain behind. The institutions like International Institute of Information Technology (IIIT), Hyderabad and Indian Institute of Management, Calcutta (IIM-C) are already training hundreds of professionals in blockchain and distributed ledger technology and the trend is only gathering momentum.

As the country embraces digitization in various aspects of life, the future of blockchain is promising. The recent spurt of online payment solutions like GPay, Paytm and UPI is evident with massive 1.3 billion transactions a month. This is only going to grow. NPCI is gearing up to ensure real time clearing and settlement of all these payment players with VAJRA, a blockchain-based solution. TRAI has already implemented DND (Do-not-disturb) registry on blockchain. There is a big potential of India’s Big Bad Bank being built using blockchain for sharing NPAs across the stakeholders. If this can be the scale of this tech, the future would be pretty surprising in India.

While most people know blockchain as the backbone of the cryptocurrency Bitcoin, it has evolved into far deeper zones. If Bitcoin is called Blockchain 1.0, we have already moved into Blockchain 2.0 via smart contracts’ platforms like Ethereum and now to 3.0 era via interoperability platforms like Cosmos, Polkadot and Avalanche. So, this technology has the potential to radically transform business processes making them more transparent, secure, and efficient. While many industries are excited at the prospect of blockchain, it will be interesting to see how the Indian industries absorb this technology.

The Govt of Telangana has already launched interesting projects using blockchain. The entire chit fund industry has not only been appified but also blockchainified with one single step. Tamilnadu has launched all academic certificates to be issued on blockchain. Many more projects are in the pipeline at various levels right now. Some other sectors that have experimented with blockchain are public administration, healthcare, and logistics. The telecom, travel, and energy sectors are also expected to join the list soon. While the early adopters have experienced the possible benefits of blockchain, they have also faced some challenges.

According to the NASSCOM Avasant India Blockchain Report 2019, around 50% of the States in India are involved in various initiatives and are driving the adoption of blockchain in the country.  This demand for jobs in blockchain technology is higher in areas such as Bengaluru, Mumbai, Pune, Hyderabad, and Chennai, according to data from Indeed, a leading global job site. Blockchain-related jobs such as blockchain developer, manager, software engineer, to mention a few, have seen the most increases in job openings. Also, while the BFSI sector is leading the growth, there are several opportunities in the retail, healthcare, manufacturing, and logistics sectors. Here are some important observations:

According to the Indian Staffing Federation,  blockchain created more than 30,000 jobs in 2020 alone. With merely 6500 qualified blockchain developers, these professionals are going to be in high demand in the near future. This has encouraged blockchain companies and ed-tech players to educate the youth on the uses of blockchain technology and on how to start a career in this domain. Blockchain in India today is like what the internet was in the 1990s. While the internet brought information to our fingertips, blockchain technology has the potential to take it a step forward and induce ‘Value’ and ‘Trust’ on the internet. As the country absorbs the new technology, early adopters are bound to gain – be it businesses or professionals. India is one of the world’s youngest economies, and there are several challenges across sectors. However, going by the possibilities offered by blockchain, we expect a surge in its adoption soon. With banking regulators like the Reserve Bank of India (RBI) creating a division to explore the applicability of blockchain to the Indian banking and financial system through the regulatory sandbox, the future seems promising. If the size of the opportunities is big, the preparation would also require great inputs. If the public, corporations and the government, all synchronize their efforts, we shall see India not just increasing the size of the IT industry but also transforming itself digitally for a social and economically prosperous nation.

The Pivotal Role of Technology in the Education Sector
A Career as a Product Engineer, We Can’t Imagine our Life Without Them
Even in the Digital Era, the Pen is Mightier Than the Keyboard – Here’s Why
Student-Related Policies One Should be Aware of When Planning Overseas Education
CLIL – An Underutilised Pedagogical Framework
Whistling Woods International – A Stepping Stone to A Bright Career in Fashion Design
CONTACT US