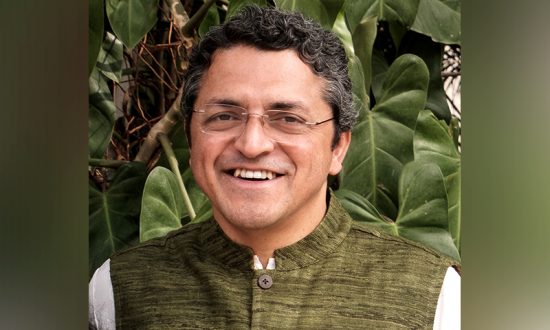 “It is not brilliant students that we want, it is living souls.”

I have been contemplating the difference between brilliant minds and living, conscious souls. As an Educator, undergraduate and postgraduate students often speak to me about their career choices. I present in this article two real-life case studies that I came across in my life as an Educator. I often think about what I would have done if I had faced the same dilemma as the characters in the case studies and readers could also introspect and jot down their thoughts and comments.

Rishi (name changed) had scored a high rank in the IIT-JEE exam. He could have done Engineering but he loved Mathematics and chose to do an integrated MSc in Mathematics at IIT-Bombay. Post MSc, he got admission to the Mathematics Department at the University of California (UC) at Berkeley, rated by many as the best Mathematics department in the World, and completed his Ph.D. in Mathematics in 3 years, – before his 25th birthday. During his Ph.D., he took advanced courses in Mathematical Finance in the Business School at UC Berkeley. His stellar performance in those courses and his charming personality won him job offers at McKinsey Consulting and at Goldman Sachs with six-figure salaries. These were considered dream jobs by his IIT peer group and his parents were proud, as the society he grew up in, valued these jobs as stepping stones to becoming a CEO in an MNC sometime in the future.

However, Rishi’s Ph.D. advisor and guide offered him tenure track Assistant Professor positions in Mathematics but with a third of the salary offered by McKinsey. Rishi was advised to take up a career in Academic Research and Teaching as he had the talent to make great contributions to the field of Mathematics. He was also told that he had a good shot at winning the prestigious Fields Medal, which is the Nobel Prize equivalent in Mathematics. His Ph.D. advisor also told him that if he went to the corporate sector even for one year, he could forget about the Fields Medal and if he spent 2-3 years in corporate consulting, he could forget about an academic career. His advisor also introduced him to John (name changed), an Assistant Professor in the Economics Department, who had joined UC Berkeley after 3 years at McKinsey Consulting. John told Rishi that the Economics Department at UC Berkeley was known to have the highest number of Nobel laureates and he was struggling to fit-in although he felt fortunate to be there. John said that he had joined McKinsey after his Ph.D. only to pay-off his Educational loans and also to earn some money and see the world through global assignments. In hindsight, he regretted that decision since he did not have many academic publications and he had lost valuable time and lost the ‘edge’ in his academic career. Rishi was from a well-to-do family from Bombay and both his parents were global business executives. He had no educational loans since he got scholarships throughout his academic career. Rishi had to choose between a career in academic research/teaching and corporate consulting. What career would you choose if you were Rishi?

Case Study 2: The Armed forces versus a Corporate Job

Rana (name changed) came from a martial Rajput family. His father was an officer in the Indian Army and his grandfather had served the British Army in WW2. His ancestors were all warriors who fought for great Rajput kings against multiple invaders. He was brought up on stories of their glories on the battlefield and how they all chose to give up their lives for the nation. To die for one’s nation on the battlefield was considered the ultimate honor in his family. Rana was influenced by all these stories and wanted to become an officer in the Army.

However, Rana’s parents encouraged him to do a BBA and explore other career opportunities in Business as well. Rana did well in the BBA course and showed his natural Leadership skills in extra-curricular activities on campus. He made many friends on campus. Almost all of his friends were focussed on either a corporate job or an entrepreneurial venture. Although he did well in the courses, he could not think and plan as his friends did. Rana was friendly but he was always a bit aloof and sat on the backbenches of the class. Somewhere in his final year, in answer to a question from their Teacher, most of his friends stated that they wanted to settle down, have a family, grow in a corporate career or do business, make money and travel the world. Rana said that he wanted to join the Indian Army but he had to convince himself, his friends, and his parents. He was the only one who thought in this way. His aspirations were different and few could understand him. Rana had to choose between a career in the Armed forces and a corporate job for which he had been trained in the course. What career would you choose if you were Rana?

Every individual is unique and our role here is not to judge either Rishi (in case study 1) or Rana (in case study 2) or their decisions. In my opinion, Rishi had a brilliant mind and followed his heart when he chose to do Mathematics instead of Engineering when he was 17 years old. His passion for Mathematics saw him complete a rigorous Ph.D. program in record time. But the external peer group pressures and societal expectations seemed to distract him from his passion and he joined McKinsey. Often people wonder why Indian Universities have failed to produce any Nobel laureates and out of the many possible answers to this question, one could be that in addition to brilliant minds, India needs living conscious souls. Being a conscious soul does not mean an ascetic renunciation of life. Being conscious of the inner soul requires one to introspect, go within, and understand why the soul was born in Time. Such an internal self-inquiry gives greater meaning to one’s life and one does not stray away from one’s passion and purpose in life. While external economic comforts and social acceptance need not be renounced by a conscious soul, they do not become its sole preoccupation either. Rana may not have been a brilliant mind but he was a conscious soul, – he chose to join the Army.

Blood Cancer Awareness Month: Facts, Types, Symptoms, and Treatment Options of Blood Cancer
Education Sector’s Role in the Road to Net Zero
Prepare The Next Phase of Your Career in Emerging Digital Enterprises – A Lesson from IIM Udaipur
Play is Universal, Long Live Play
19-Year-Old Student from K J Somaiya College of Engineering Creates a Web App During Lockdown
8 Buzz Words Among Educators in 2020
CONTACT US