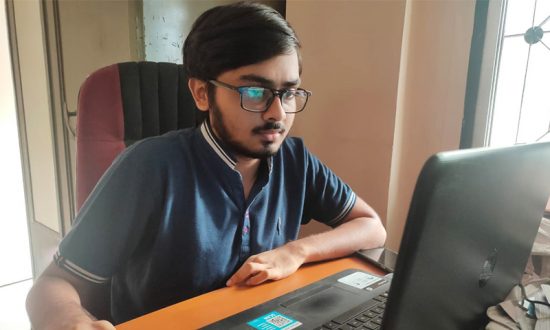 This lockdown when people were restricted to the house, and missing the sounds of the bustling city, 19-year-old Khushil Shah, student of K J Somaiya  College of Engineering, creates ‘Musical Drive’, a web app that simulates the first-person view of a driver in a car. The app recreates the bustle of the city street sounds and radio stations on your phone. The web app features 22 Indian cities, from the wide streets of Dehli to an evening on the Mumbai Sealink, passing by familiar landmarks of each city.

Khushil had enough time when his exams were cancelled due to the lockdown, and that prompted him to work on an app. However, it was his father who came up with the idea. Just within a week he and his brother Hitansh built the app.

Musical Drive opens on a web browser, uses drive-around YouTube videos, and enlarges them to fit the screen. The video source link for each city is embedded at the bottom of the screen. The app already received a positive response reaching over 700k views within the first week of being launched.

Journey From An Associate To An AVP
The Ultimate Student Guide 2022 to Studying Hospitality Management
The Long and Winding Road to Embarking on A Career in Semiconductors
Kasol to 'Kasole'
UVA Darden Introduces Test Flexibility, Launches Application for Admission to the Full-Time MBA Class of 2023
Brilliant Minds and Conscious Souls
CONTACT US