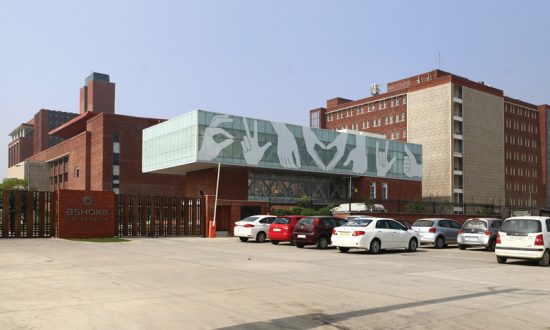 Located in Sonipat, Haryana, Ashoka University is a private, non-profit university focusing on multidisciplinary liberal education, which is usually defined as one that transcends the boundaries between the arts and sciences. Ashoka University has more than 1400 students on campus, drawn from over 28 states and 98 cities in India as well as 17 other countries, enjoying a world-class interdisciplinary education through undergraduate and post-graduate programmes led by internationally renowned faculty members.

“Never again,” said Sandeep Sen after completing his Bachelor’s in Humanities from a prestigious private university in Bangalore. Sandeep had decided that he will not sit in a classroom again to acquire the so-called skills that require to survive in this dynamic world. He says, “College life was fun, but the experience of education was not. I never thought that I would ever become a part of education system again.” An alumnus of Ashoka University’s Young India Fellowship 2017 – 18, Sandeep now works as a Writing Mentor for MBA students at The Vedica Scholars Programme for Women, New Delhi. On weekends, he travels to Noida for teaching school kids the nuance of storytelling and English grammar.

“I did not know that I will become a teacher and I really enjoy this profession now. This is what makes Ashoka University’s Young India Fellowship (YIF) a unique programme. It will teach you a few things that you do not know about yourself,” shares Sandeep. Interestingly, the education system has somehow followed Sandeep throughout his life, despite his dislikes to it. Immediately after his undergraduate studies, Sandeep started working for a media organization in Bangalore, where he became the Managing Editor of a magazine that focused on the higher education sector. Sandeep recounts, “I wanted to be a writer. But I did not know what to write. In a broader sense, after working in the media industry for a couple of years, I became clueless about what to do with my life. Deciding to join YIF was literally an experiment.”

Started in a rented building in Delhi and later moved to Ashoka University’s own campus in Sonipat district of Haryana, YIF has been a life changing experience for many. A one-year multidisciplinary postgraduate diploma programme in Liberal Studies, the Fellowship brings together a group of 300 bright young individuals who show exceptional intellectual ability and leadership potential from across the country, and trains them to become socially committed agents of change. “YIF will make you more empathetic over time. One of my take away from the YIF is the ability to employ different lenses to view a problem. Before joining YIF, I had a very myopic view of the society,” says Sandeep.

Diversity has perhaps been one of the biggest selling points of the Ashoka University’s YIF programme. From engineering to fashion design, film to agriculture, medicine to art, and law to journalism, this cross flow of ideas and learning from others is as invaluable as the more formal education they have received thus far. As a result, the number of applicants for the Fellowship has been increasing consistently every year and the candidates must undergo a rigorous and nationwide selection process. “YIF will not change an individual’s aspirations. If you have come from a corporate environment and you want to go back there after finishing YIF, you can still do that. But, at the end of the course, you may also think about making your skills useful to the society,” explains Sandeep.

Where Freedom is not Just a Word

The purpose of a liberal education is to induct a student, however partially and briefly, into the world of the intellectual. Ashoka University, a dedicated liberal arts institution that aims to reach the standards of rigorous, original research and intellectual liberty of the American Ivy League universities, understands the value of freedom better than any other academic institutions in the country. For instance, unlike most colleges in India, Ashoka University, in sync with providing liberal arts education, does not impose any curfews regarding movement in and out of campus for both male and female students.

“Ashoka treats students the way they should be, as adults,” says Sandeep. At Ashoka, students do not worry about judgmental stares and comments if they attend classes in their night dresses and half-sleepy eyes. While most universities have a rigid attendance policy, apart from foundation courses that allow a few free absences in a semester, almost no other course of Ashoka has any attendance requirement. Also, not all courses have final examinations – some may just require students to write a paper, or the evaluation may be based on class participation. “Academic freedom is one of the best aspects of Ashoka University. If you aren’t satisfied with your major, you also have the provision to make a switch,” adds Sandeep.

To graduate with a bachelor’s degree from Ashoka University, students must pass courses that are broadly divided into three categories – Foundation Courses, Major Courses (including Interdisciplinary Majors) and Co-Curricular Courses. Each course carries credit points, and in order to earn their degree at the end of three years, students need to have accumulated a minimum of 100 credit points. At present, the University offers Majors in 11 subjects and Interdisciplinary Majors in a further 9 subjects, thereby offering students a total of 20 options to major in. They can also pick Minors from among 18 programmes on offer. Interestingly, students are not expected to declare their Major until the middle of the second year. This is to ensure that they get plenty of time to try out various possibilities, to pursue extra-curricular and co-curricular interests, to discover new passions, and perhaps to change the trajectory of their lives.

Established with an objective to become the global face of Indian liberal arts education, Ashoka University has partnered with several well-known universities from across the world. King’s College, University of California, Berkeley, Carleton College, Sciences Po, Trinity College, Yale University and the University of Michigan are few to name among them. Apart from the service of visiting faculty from these universities who come to teach at Ashoka University for one to two semesters, the tie-up also gives students at Ashoka the opportunity of spending a summer or a semester abroad at these institutions.

Ashoka has various centers, which ensure holistic development and concentrate on non-academic areas. For instance, the Centre for Well-Being aims to ensure the mental wellness of students by conducting workshops about mental health and offers counselling. The Centre for Sexuality and Gender Studies organizes regular events about gender and sexuality. The Genpact Centre for Women’s Leadership (GCWL) is a first-of-its-kind industry academia partnership between Genpact and Ashoka. GCWL combines the power of academic research with best practices from industry, to empower women through research and advocacy, training programmes and supportive infrastructure to become leaders who drive gender inclusive growth. Similarly, the Ashoka Trivedi Centre for Political Data aims at promoting data-driven research, policy work and journalism by providing open access to scientifically collected and treated political data and offers data services to non-profit organizations.

Recently, the Centre for Entrepreneurship hosted the inaugural edition of the Ashoka Pillar Award, to select and award young talent for their innovative solutions to tackle the worsening air quality. The six finalists made presentations on ideas that included ways to reduce the concentration of a particular matter and other pollutants, provide affordable, eco-friendly alternative to expensive traditional harvesters, prevent stubble burning and more. Be it in Entrepreneurship, Higher Education, Employability or Sports, students of Ashoka University have enjoyed success in all areas of their interest.

“Many alumni have gone on for further studies to premier global research universities like University of Oxford, University of Cambridge, Harvard University, Princeton University, Stanford University and Yale University, and been awarded prestigious scholarships, such as the Chevening, Commonwealth,” claims Priyank. The University has also given equal thrust to sports activities inside the campus. Priyank proudly adds, “Our first year UG student, Trisha Mukherjee won the gold medal for the 10-meter Air Rifle at the World University Championship held in Malaysia.”

In both their second and third semester, every student of Ashoka University takes a Critical Thinking Seminar. These elective seminars, which are offered in a range of disciplines and fields of scholarly inquiry, build on the skills that students have acquired in Introduction to Critical Thinking. Students opt for seminars that best suit their academic interests and needs; the seminars offer students an opportunity either to trial a discipline that they may major or minor in, or simply to study a subject that fascinates them. “We need space for young people to have an opinion. We encourage students to think out of the box by giving them opportunities which are outside of the academic structure and allow them to express freely,” pinpoints Priyank.

At Ashoka University, students are not just trained for a career, but are enabled to become better professionals. “At the university level, we encourage to ask questions. Asking the right question is an important element of being successful in the workplace,” opines Priyank. In fact, the industry is also shifting dramatically. The recruiters are looking for creative hires. Priyank adds, “We offer opportunities for students across the board from multinational consulting to development organizations, depending on the skills and interests of our students. As the jobs churn, new elements come into focus. Every semester, we have more than 100 guest speakers who share their own growth and experiences with our students.”

Today, all the graduates of Ashoka University start their careers in a wide variety of organizations, ranging from non-profits to for-profits and from start-ups to established corporates. The Ashoka alumni can be found at leading multinationals such as BCG, The Gates Foundation, McKinsey, Microsoft, STAR TV, TIME Magazine, and the World Bank. In India, acclaimed organizations like Avenues Capital, Cipla, Genpact, Goonj and Teach for India count Ashoka alumni among their ranks. Talking about the immediate plans for the University, Priyank says, “We are expanding the current campus by another 25 acres. We have also started UG Programmes in Sciences, Masters and PhD Programmes. We are also focusing on enhancing research which is of global standard and peer reviewed at the highest level.”

Undoubtedly, Ashoka University happened at a time when India was in dire need of a well-structured liberal arts education. In fact, many reputed institutions in India, which were started with an objective of providing liberal-arts-focused-professional-degrees in engineering and management, had almost given up the liberal art subjects from its curriculum.  Along with that, the country was witnessing a boom in the number of professional colleges offering run-of-the-mill engineering and management degrees to narrow the gap between the supply and demand. In this competition of making employable graduates, it is true that we as a nation forgot to build a generation of liberal thinkers and changemakers for the society we live in.

“Ashoka is India’s largest collective philanthropy institution and our founders hail from some of the most successful enterprises. We gain from their knowledge and insight. They contribute intellectually to the idea of Ashoka University,” pinpoints Priyank. The founders of Ashoka University have managed to find a brilliant solution by introducing an effective liberal education in subjects that broaden one’s cultural and historical sensibilities and strengthen one’s critical faculties. However, the success of Ashoka University is not something that cannot be replicated. With a clear vision and a strong governance, the country’s educationalists can follow the suit and make more such universities, which will stimulate a liberal impulse in our society. 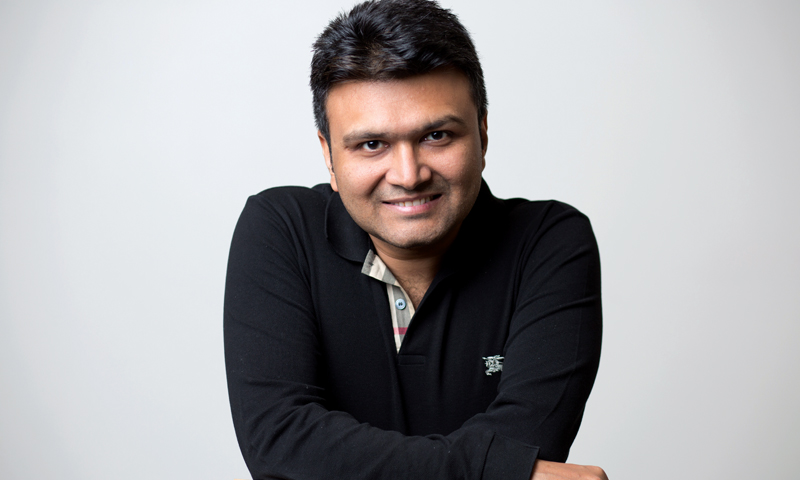 Priyank is a seasoned entrepreneur and an educationist who brings with him rich experience in organization building. He is the Founder of IndiaPreneurship, an organization focused on showcasing entrepreneurial opportunities in India to the world. He also mentors several startups based in India and abroad. Priyank is a visiting faculty at IIT Delhi, Department of Management Studies. An alumnus of AIM, Manila and IIM Ahmedabad, Priyank is an avid golfer and a licensed scuba diver. He is also trained in Indian classical music.