A Sneak Peek into the History of Open Access Publishing 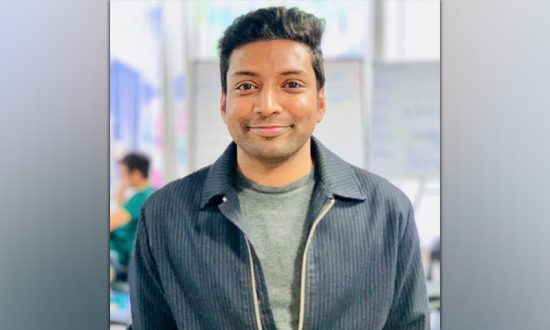 Saikiran Chandha, Co-Founder & CEO of Typeset (Based in San Francisco, California) Saikiran is a self-driven entrepreneur who has aggressively worked on transforming the way research is written. He started Typeset out of his own experience when he was publishing a paper during his graduation days and came across the problems involved in getting a paper published. He believes that researchers spend a lot of time in understanding and developing their research but when it comes to communication and dissemination, the tools used are out-dated. Saikiran along with his Co-Founder – Shanu Kumar started Typeset to disrupt the scholarly communication segment. Due to their strategic thinking skills, the company has already become one of the largest platforms where researchers create 15,000+ new unique research papers in a month. It is growing steadily and aims to be the world’s largest destination for research publishing and discovery in the next five years.

The restricted access and the high subscription costs were the primary reason scientists started looking for alternative ways to disseminate the research paper. The advent of the internet or the World Wide Web helped scientists and researchers comprehend its feasibilities of processing and distributing information digitally. So, researchers made the best use of the internet to share knowledge and curtail publication costs. That’s when the term “open access” was coined to provide free access to scholarly communication or research articles through the internet.

The initial spark of open access came into the picture in the mid-1940s when Robert King Morton, the American Sociologist, said that every researcher’s work should be contributed to a single place to make it accessible for the public. A few computer researchers used to self-archive their research work in FTP (File Transfer Protocol) archives in the late 1970s. Likewise, arXiV came into existence in 1991 for Physicists to archive their research papers for free. Officially it was the first-ever initiation to provide free access to the readers by posting the pre-publication articles. It was followed by a series of repositories, online distribution journals, and open access publishing initiatives like BioMed Central, PubMed Central, PLoS, cOAlition, and Plan S.

So, the onset of the internet in the late 1960s has given rise to myriad interests in archiving and disseminating research work. In addition, it acted as the catalyst to accelerate the growth of open access and helped the scientists free themselves from restricted access and subscription costs.

Though arXiV was the first free scientific digital archive made available, the first global open-access initiative was the (BOAI) Budapest Open Access Initiative (2002) which arose from a conference held in Budapest to promote open access. It witnessed a small gathering of individuals who played a predominant role in the evolution of open access. Ideally, the term open access was coined a decade later the self-archiving concept as arXiV has evolved.

The concept of “open access” evolved when the journal subscription costs surged, and the libraries could not purchase the journals due to budget constraints. As a result, the accessibility to the scholarly work was reduced, leading to a serial crisis that defined the deterioration of the literature supply. The researchers opted for the internet to overcome this crisis, and the digital era took over to disseminate the research work for free. And that’s how SPARC (Scholarly Publishing and Academic Resources Coalition) came into existence, developed by the Association of Research Libraries in 1997, an international alliance of research and academic libraries, and other research organizations to address the crisis developing or promoting an alternative like open access. As a result, open-access journals started appearing in the early 1990s—the origin of open access. Also, the open-access movement has now become successful with the help of many supporters.

Paul Ginsparg: In 1991, Paul Ginsparg was the first-ever person to initiate the open access movement by establishing the arXiV repository for physics research work dissemination.

Stevan Harnad: The leading advocate of the open access movement and Professor at the psychology and Cognitive science center department, Stevan Harnad actively promotes open access publishing. In 1994, he published “Subversive proposal,” stating that every researcher should self-archive their research works to make them accessible for everyone free of cost.

Vitek Tracz: A UK-based publishing entrepreneur and the Chairman of Sciencenow Group, founded BioMed Central, the first open-access publisher, in 2000.

Peter Suber: The director of Harvard office for Scholarly communication. In 2002, he created the timeline of the open access movement as a hand-coded HTML page; as the progress increased, it was crowd-sourced into a wiki version of the open-access directory in 2009. This open-access directory contains the factual list and milestones of open access movement in detail.

The invention of open access has been on the rise since its encounter with academic publishing. The number of OA journals increased by 500% in the early 2000s. Also, there was an increase in the number of articles in the same period. BioMed Central, the first-ever open access publisher, was started in 2000, and by 2013 it managed to publish over 250 journals.

Inexorably, the step towards the open access movement to make the research work accessible free of cost is gaining momentum every year. As a result, many funders and mandates are fostering initiatives to develop the policies and strategies of open access to ensure that scholarly publishing is made affordable and easily accessible.