A Global Thought Leader, Redefining the Future of the Public Research University 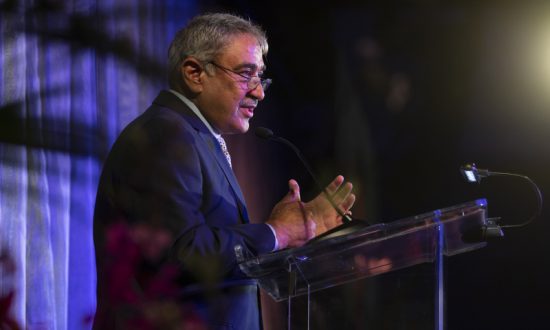 Pradeep K. Khosla, Ph.D., is an award-winning and internationally recognized higher education leader, strategist, researcher, consultant, and a member on the technology advisory boards of many start-ups. With a career spanning over 36 years, Chancellor Khosla has donned multiple hats and excelled in all of them. His business acumen, strategic foresight for innovation and growth, and multi-disciplinary talents contribute to his uniqueness. Khosla is truly the epitome of hard work with a passion for making a difference in society.

Khosla received his B.Tech. Degree (honors) from the Indian Institute of Technology, Kharagpur, India, and M.S. and Ph.D. degrees from Carnegie Mellon University, Pittsburgh, PA, in 1984 and 1986, respectively. He began his career in 1986 as Assistant Professor of Electrical and Computer Engineering and Robotics and rose through the ranks to the position of Philip and Marsha Dowd University Professor. In 1994, he joined DARPA as a Program Manager in the Software and Intelligent Systems Technology Office (SISTO), Defense Sciences Office (DSO), and Tactical Technology Office (TTO).

Later, Khosla served in several administrative and leadership roles, including the founding director of two world-class institutes—Institute for Complex Engineered Systems (ICES) and CyLab. He then served as the department head of Electrical and Computer Engineering, Director of the Information Networking Institute, and Dean of the College of Engineering at Carnegie Mellon University. During his tenure as department head, the Computer Engineering program ranked #1, and as Dean, he led the college of engineering, which improved its national rankings from #11 (in 2004) to #4 (in 2012). 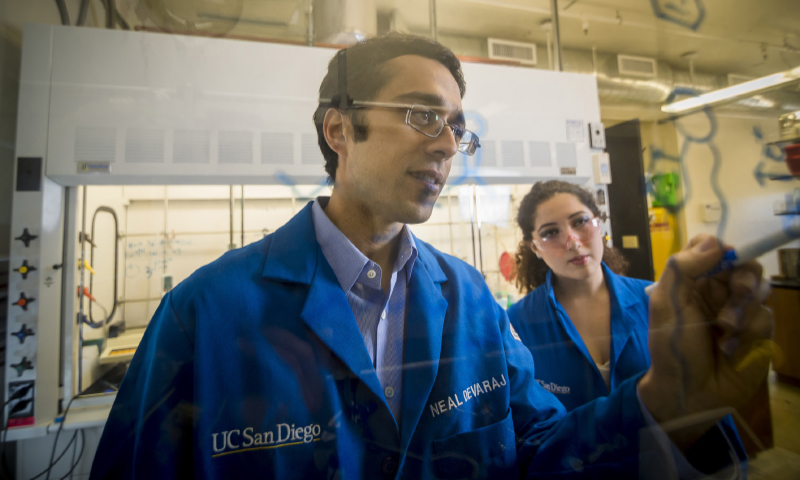 Khosla has received several distinguished and coveted awards over the years. He received the Inlaks Fellowship, UK, the Carnegie Institute of Technology Ladd award for excellence in research in 1989, ASEE 1999 George Westinghouse Award for Education and Silicon India Leadership Award for Excellence in Academics and Technology in 2000. The following year, Khosla was honored with the W. Wallace McDowell Award from the IEEE Computer Society in 2001 for his significant contributions to the design of reconfigurable real-time software systems and to undergraduate and graduate education in electrical and computer engineering and robotics.

In 2007, he won the Cyber Education Award from the Business Software Alliance. Khosla received the Light of India Award in the Excellence in Technology category in 2012, and in 2022 he was named to Apolitical’s 100 Most Influential Academics in Government. He has also been elected as a Fellow of the American Association of Artificial Intelligence (AAAI) in 2003, a Fellow of the American Association for Advancement of Science (AAAS) in 2004, and a member of the National Academy of Engineering (NAE) in 2006. Moreover, Khosla’s research has resulted in two books, more than 200 articles in high-impact factor journals, and numerous conference papers and book contributions.

Leading from the Front

In May 2012, Khosla was confirmed as the eighth Chancellor of the University of California San Diego (UC San Diego) and began his tenure in August 2012. As Chancellor, he serves as the CEO of the campus of 42,000 undergraduate and graduate students and 34,000 faculty and staff members. UC San Diego is also home to the prestigious Scripps Institution of Oceanography and UC San Diego Health, comprised of two hospitals and several clinical facilities that serve the greater San Diego region. Soon after he arrived, Chancellor Khosla positioned UC San Diego to redefine the future of the public research university by activating the institution’s first-ever Strategic Plan to transform the university physically, culturally, and intellectually. 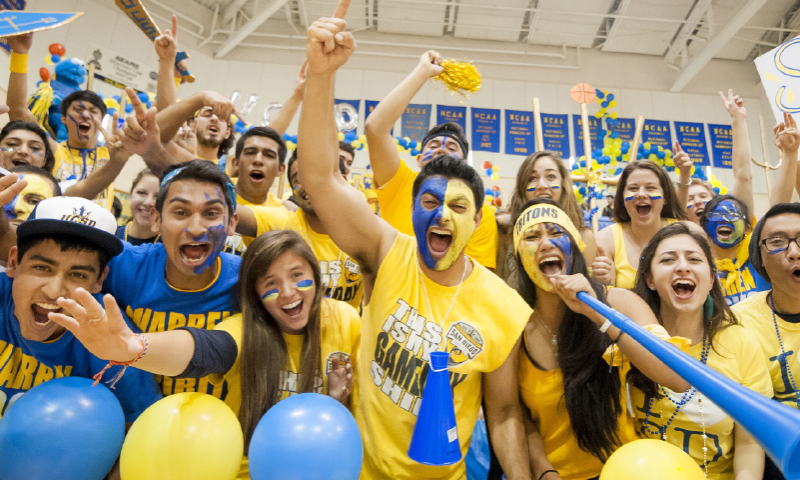 “When I arrived, I could see we needed to create a space for people to talk about their aspirations for the university,” said Khosla. “At the end of those 18 months of discussion, I knew there would have to be growth to support our ambition and vision of UC San Diego.” In 2014, his vision was summarized in eight words—the university would align efforts to be a “student-centered, research-focused, service-oriented public university.” An ambitious 10-year, multi-billion-dollar Campaign for UC San Diego was already underway to help bring the vision to life.

UC San Diego’s research strengths were evaluated and areas of growth and emerging specialties that fit well with existing strengths were identified. From this, four grand interdisciplinary research themes were set and an environment for collaborative, interdisciplinary research was championed with the goal to increase innovation and global impact. Sponsored research at UC San Diego grew from USD 943 million in 2012 to USD 1.62 billion in 2022. Now ranked sixth in the U.S. for research expenditures, the university’s research growth alone is more than the total research at 65 percent of the R1 universities across the country.

The COVID-19 pandemic provided an opportunity to expand research impact. Chancellor Khosla worked with UC San Diego’s physician-scientists, epidemiologist, public health experts, disease modelers, and researchers from across the campus to create Return to Learn, a comprehensive ACE award-winning strategy to monitor, forecast and mitigate the presence of the SARS-CoV-2 virus on campus and eventually more broadly throughout the greater metropolitan area. UC San Diego researchers were the first to use large-scale wastewater testing and sequencing to successfully track regional infection dynamics. Central to their efforts was SEARCH (San Diego Epidemiology and Research for COVID Health), which brought together scientists from UC San Diego, Scripps Research and Rady Children’s Hospital-San Diego to develop methods for viral tracking, including improved concentration of viral RNA in wastewater and an algorithm called “Freyja.” With Freyja, one wastewater sample can basically profile an entire city, providing an efficient, timely and cost-effective way to accurately monitor the viral load of both large and small areas of population. Freyja is free and already widely used by public health agencies across the globe for wastewater surveillance.

Increased access, and a forward-looking focus on the intrinsic value of diversity, equity and inclusion also became important parts of the university’s Strategic Plan. For example, Chancellor Khosla significantly expanded college access and affordability for students by initiating the Chancellor’s Associates Scholars Program (CASP) in 2013. In addition to providing full tuition, fees and housing for high-achieving students from underrepresented communities, the program supports students with a wide range of services and opportunities to ensure that they thrive on campus and are fully engaged in academics, student life and university experiences. To date, CASP has served more than 2,000 students from underrepresented groups and has 1,191 currently registered CASP Scholars. 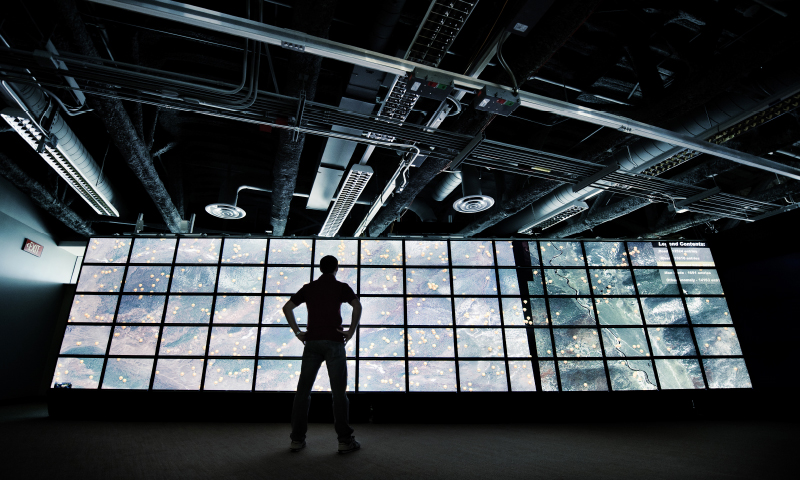 UC San Diego will open Franklin Antonio Hall, named after the late UC San Diego alumnus and co-founder of Qualcomm. This major new engineering building is designed to facilitate multi-disciplinary interactions between Jacobs School of Engineering and the entire campus community, with research spaces organized into ‘collaboratories’ that house multiple teams. It will allow students to interact with complementary teams, professors from across campus, and collaborators from industry. It joins the recently opened Design and Innovation Building, where disruptive ideas come together to spark learning, technology, collaboration and new ventures.

The Epstein Family Amphitheater, a new state-of-the-art performance venue, will also open on campus this fall. The 2,850-seat open-air venue is steps from the Central Campus station of the city’s light rail line and will showcase everything from large-scale rock concerts to classical quartets and theatrical dance.

On the health side, after opening the new Jacobs Medical Center on its La Jolla campus in 2014, the university has shifted its focus to its Hillcrest health campus, about 12 miles from its main campus near San Diego’s city center. The first phase of redevelopment includes a 250,000-square-foot outpatient pavilion anticipated to open in 2025, which will house specialty clinical programs. The redevelopment also includes a major new hospital, a wellness center and 1,000 units of workforce housing, with nearly 40 existing buildings replaced over approximately 15 years at a cost between USD 2.5 and 3 billion.

UC San Diego is also set to launch the Triton Center in 2025, designed to provide expanded student support services at the heart of the campus. This project will include instructional support, student health and wellness services, and other student academic services and resources, along with an alumni and welcome center, a 500-person event space, and a flexible use gallery for various campus programs, public realm improvements, and accessible parking. 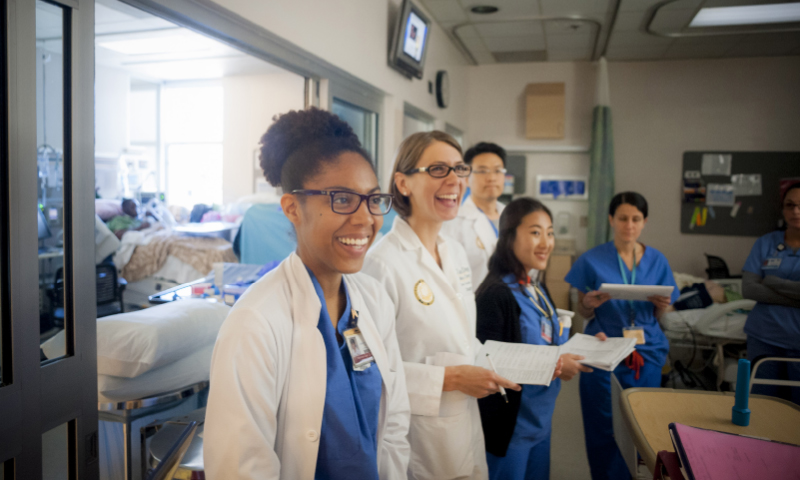 At the close of its Campaign for UC San Diego, the university has raised USD 3.04 billion in 10 years, surpassing its original goal by more than USD 1 billion. UC San Diego is the youngest university in the country to reach a multibillion-dollar campaign goal. The transformation of the campus has been staggering with construction of five new living-learning neighborhoods (10,000+ beds); 12 research, academic and community buildings (including a new hospital); and more than USD 50 million in campus infrastructure projects. Owing to the efforts and vision of Chancellor Khosla, UC San Diego has now emerged as a global research and academic medical powerhouse. Undergraduate applications have doubled, becoming the second-most applied-to institution for undergraduates in the country. The undergraduate student population grew by 41% and the graduate student population grew by 41 percent. And today, UC San Diego enjoys top-10 national and top-20 global rankings in a wide array of disciplines across campus.