A Complete Guide to Pursuing a Career in the Creative Industry 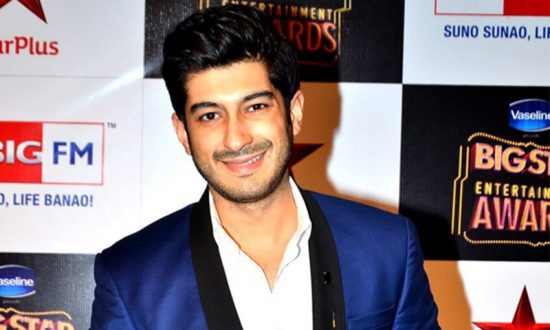 Mohit Marwah has been dedicatedly adding a novel and multidimensional approach to foster the group’s vision with his creative and managerial abilities. He is also a renowned actor who has worked for films like Fugly and Raagdesh, along with many short films under the banner of Yash Raj Films and Dharma Productions. He feels that media and arts represent as well as influence our society in a strong manner. He is, thus, a strong believer in harnessing the true power of creativity. He believes that eLearning has the power to change the landscape of education in India and is incessantly engaged in ensuring an enriched learning experience at AAFT Online to make the students industry-ready.

The creative economy is expanding with society’s demand for entertainment, providing more chances for content creators. Films and movies no longer are dependent on a cinematic release as these could be showcased on various OTT platforms. The OTT industry is expected to grow at 30% per annum until 2026, thereby signifying the number of opportunities for new creators.

After graduating from a creative school, you can pursue various job options or side hustles to supplement your income. You can generate money in the cinema industry or as a filmmaker in several ways, including traditional industry roles, freelance filmmaking, and several more.

Although bachelor’s degree in filmmaking is quite popular, students interested in pursuing a career in the creative realm of filmmaking can pick from a range of available courses. While specialised courses in filmmaking are readily available, such as Film Production, TV Production, Screenwriting, Post Production, to name a few, other programs emphasise films’ aesthetic and creative components. Film studies are analogous to different artistic and fine arts, including literature, music, dance, sculpture, painting, etc.

For over a decade, film studies have been one of the quickest growing disciplines in Indian colleges and universities. Here, students learn how to think of movies as an aesthetic medium, a cultural expression, a persuasive tactic, a technological production, and a business. Their critical, research, and written skills and their artistic and innovative abilities are enhanced. A degree in film studies or cinema studies equips students with a mix of academic and technical skills that can be applied to various creative industry jobs. The entire process of making a film from the ground up necessitates a great deal of passion and creative clarity on the filmmaker’s side.

In this digital world, businesses are continuously on the hunt for video editors, content creators, and other film-related professionalsto assist them in engaging clients. The content could range from social media posts to commercial videos, articles, blogs and more. Knowledge and experience behind the camera are beneficial for crafting interesting visual material.

Cinema has become a fashionable topic of study in recent years, with those working in the sector who do not have a film degree also doing well. Students with a bachelor’s degree in film studies gain a broader understanding of the world of cinema and films as a kind of modern art in today’s society. After graduation from a creative school, one can pursue a fulfilling job. For instance, the movie industry is famously cutthroat, and to win, one will need persistence and perseverance.

Job experience will equip you in selecting which path to take after your degree, as some film studies degrees integrate technical and theoretical expertise. Students must seize the opportunity to showcase their work, including festivals and contests, and attend guest speakers and events by industry professionals during their studies.

The most prevalent industries to engage in are media, creative, cultural, and heritage. In addition to typical destinations in the film and TV industries, other media areas such as publishing and research may excite your interest.

If you have a similar desire to interact with viewers via your artistic expression of narrative, you should consider pursuing a career in filmmaking. After graduating from a film school, one can follow a film director, Art Director, Screenwriter, Producer, among other alternatives. Businesses have asked filmmakers to develop visual representations of their products and communicate them to their customers. An interesting example would be short films/corporate films that are a solid tool to reach out to the masses in various industries, from education to clothing retail.

All elements of life and business have changed dramatically due to technological advancements. No field has remained unaffected by technological disruption, so is the media and film industries, whichare an essential part of creative industries. Now everything is present in larger digital format on handheld devices, from print and celluloid to radio and television. We must adjust to shifting market demands to remain competitive. Positions in research, writing, and script editing are available. A bachelor’s degree also provides a basis for post-graduate education, leading to jobs in the academic arena. A bachelor’s degree in cinema and media studies can pave the way to a lucrative and innovative career in the creative industry.

How to Reinvent Your Career Through a Degree in Gemmology
Preparing for Admissions to Ivy Leagues and Top US Universities
Adding a Refreshingly New Perspective to Finance
A Window into the Understanding of Youth Today
Digital Education – Why Today’s Teachers are Inclined Towards It
How the Convergence of Technology, Education, and Skilling Can Build a Future-Ready India
CONTACT US