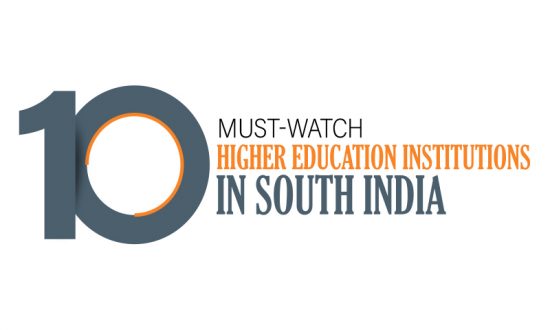 Higher education in India has expanded rapidly over the past two decades. This growth has been mainly driven by private sector initiatives. There are genuine concerns about many of them being substandard and exploitative. Due to the government’s ambivalence on the private sector’s role in higher education, the growth has been chaotic and unplanned. Despite, its impressive growth, higher education in India could maintain only a minimal base of quality institutions at the top. Standards of the majority of the institutions are low and declining. Entry to the small number of quality institutions is very competitive, giving rise to high stake entrance tests and a flourishing private tuition industry.

With the highest literacy rates, South India has been churning out some of the sharpest minds year after year.  The Higher Education scenario in South India has scaled new heights. In all spheres of education, the knowledge par excellence being imparted has encompassed generic degrees and vocational and technical education. Several government initiatives, public-private partnerships, and industry-institution collaborations have proved to be the icing on the cake.

The Southern part of India has been the educational hub for students for quite some time. Keeping in perspective the rapid changes taking place in the society, higher education institutes have started inculcating various qualities like confidence and the ability to take responsibility and prepare students to be effective within the circumstances of their lives and work and promote the pursuit of excellence in development and application of knowledge and skills. With the escalation in educational achievements, Higher Education Digest brings to you “10 Must-Watch Higher Education Institutes in South India” to showcase the initiatives they have taken, achievements, and contributions to elevating the standards of the higher education sector in India.