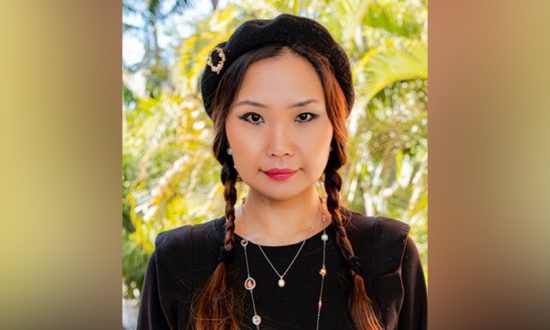 Associate Professor Sender Dovchin is a Principal Research Fellow and Director of Research at the School of Education, Curtin University, Australia. She is also a Discovery Early Career Research Fellow of the Australian Research Council. Previously, she was an Associate Professor at the University of Aizu, Japan. She has also been awarded Young Scientist (Kakenhi) by the Japan Society for the Promotion of Science. A/Prof Dovchin is an Editor-in-Chief of the Australian Review of Applied Linguistics. She was identified as “Top Researcher in the field of Language & Linguistics” under The Humanities, Arts & Literature of The Australian’s 2021 Research Magazine and Top 250 Researchers in Australia in 2021. She has authored numerous articles in international peer-reviewed journals and authored six books with international publishers such as Cambridge University Press, Routledge, Springer, Palgrave Macmillan and Multilingual Matters. In a conversation with Higher Education Digest, Sender Dovchin talks about linguistic racism, its impact on our community and many more.

What exactly is linguistic racism? Why it needs global attention?

Linguistic racism refers to the ideologies, structures, and practices that are used to legitimate, effectuate, and reproduce an unequal division of power and resources between groups defined on the basis of language. Lingusitic racism needs global attention as it rises in parallel with other more established – isms, such as sexism, classism, ethnicism, and ageism, highlighting the need to equally address the clear discrimination occurring on the basis of which language/s people spoke or signed and how they spoke it, as in discrimination involving the social constructs of race, gender, and class. Linguistic racism applies to (a) which language(s) one uses; (b) how one uses them; and (c) which language(s) one does NOT use/know or one is not competent in, all according to the norms of those who (arrogate to themselves the power to) judge others by their languages.

Can you share some day-to-day examples of linguistic racism we have neglected so far?

Some female students from eastern Europe in Australia have reported that their accents are constantly pathologised through sexist rhetoric such as being described as “sexy” or having a “hot accent” but also xenophobic rhetoric such as “Russian bride”. To avoid foreign-name microaggressions, many international students have reported that they adopt renaming practices to suit English speakers’ mouths in terms of pronunciation and their ears in terms of hearing. Many Chinese students in Australia offer alternative, Anglo-sounding names to their lecturers and peers – “just call me John” or “you can call me Sarah” – because many people cannot pronounce their names correctly. It is embarrassing to hear their names mispronounced, and they seek to avoid correcting their teachers or peers and appearing rude when it happens.

Compared to other forms of racism, what impact linguistic racism has on people? Who is most vulnerable to it?

Linguistic racism often results in a “linguistic inferiority complex”, with negative mental health stressors resulting from the language based discrimination. Linguistic inferiority complex is an exaggeration of normal feelings of inferiority, which may further instil self-marginalisation, self-vindication, loss of belonging and self-shaming. For many non-English speaking background migrants, Aboriginal Australians and international students in Australia, learning, using and speaking English means becoming the victim of the imagined ideal of “perfect” homogeneous English, which lead them to live a life that parallels other adolescents who are at risk of severe depressive symptoms and mental health issues such as contemplating suicide or engaging in risky behaviours such as eating disorders and substance abuse.

How can someone identify whether or not they are committing acts of linguistic racism?

Have you personally experienced linguistic racism in your career? How did you react to it?

Linguistic racism often marginalizes the knowledge produced by scholars in the Global South,

women scholars of color, and other minoritized groups. Women scholars of color are compelled to become complicit with Eurocentric hegemonic knowledge and Standard English language, further perpetuating the hegemony of Western knowledge, which further risks essentialism and male hegemony. This is why, my research seeks to respond to and combat linguistic racism.

What is the impact of linguistic racism on international students? Can you explain the terms ‘ethnic accent bullying’ and ‘linguistic stereotyping’ that you have studied in detail?

Ethnic accent bullying’ refers to bullying towards English as second/foreign language speakers based on their biographical English accent – the accent connected with one’s sociolinguistic histories and biographies. It is a form of ethnic – direct and indirect forms of bullying such as racial taunts and slurs, derogatory references to culturally – specific customs, foods, and costumes, mockery or making of fun of one’s heritage languages or accents as well as indirect or passive forms of aggression, such as exclusion from a mainstream group of peers. The linguistic stereotyping refers to language users who are not expected to speak a particular language (well) may be heard not to speak that language (well) irrespective of their actual proficiency. Language is never judged in separation from the speakers, as they face pre-fixed assumptions about his/her linguistic fluency because of how they racially and ethnically look.

How can teachers at international universities like Curtin University work toward overcoming the aftereffects of linguistic racism? Is there a ‘Curtin-way’ that other universities around the world can follow?

To ensure that we, as educators and teachers, to overcome linguistic racism, we must acknowledge the linguistic diversity in the classroom. That is, accept that our students are all linguistically different, with diverse socio-linguistic backgrounds and histories. Each person’s linguistic difference is unique and one way should not be used against another. A good starting point, for example, is to call our students by their birth names when we find international students who offer us alternative English names. Explain to students that we hope to learn to pronounce their names correctly and get to know them as we work together. Apologise in advance if you are unsure how to pronounce names and make a real effort to learn birth names. Creating an inclusive classroom is also vital. We need to provide students with opportunities to express themselves in their heritage languages, dialects and varieties in the classroom. Starting a dialogue about our students’ home languages and expressing a desire to learn about their modes of expression creates a safe environment that could help prevent linguistic racism.

What is your advice to the student community on linguistic racism?

Out-of-Class Students’ Assignments: Does it Really Work in the Era of the Digital Age?
The Importance of Liberal Arts Education – Today and in the Future
Face-to-face EduVersity: the New Blended Campus
The Importance of Sports Management
A Way Forward for Small Businesses
Why College is not the Only Avenue Worth Pursuing?
CONTACT US