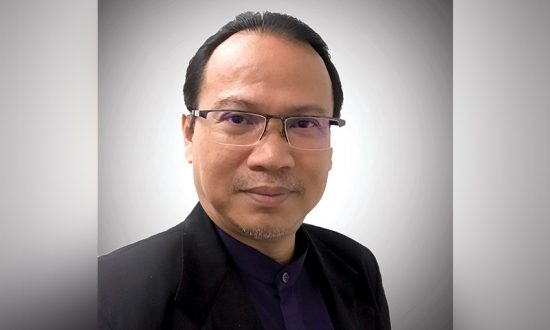 Co-founder and CEO of Favoriot Sdn Bhd, Dr. Mazlan is currently one of Global Vision Board Member. Before Favoriot, he spent 2.5 years as CEO of REDtone IOT and 8 years in MIMOS Berhad as Senior Director Wireless Communications Cluster. He also spent 13 years in CELCOM (mobile operator), handling many senior management positions. Prior to Celcom, he spent 10 years as an Associate Professor at Universiti Teknologi Malaysia. He is currently the Adjunct Professor for Universiti Malaysia (UniMY) and Universiti Teknologi Petronas (UTP). Dr. Mazlan is a frequent speaker in many major & established IOT, Smart Cities and telco conferences locally and globally. He sits in Industry Advisory Panel (IAP) for several local universities

IoT has hit the Malaysian scene in a big way 3 or 4 years ago (since 2014). All of a sudden there’s a huge surge of seminars, conferences, and exhibitions related to Smart Cities and IoT topics. Bear in mind that the word “Internet of Things (IoT)” has been coined by Kevin Ashton since 1999 and it took more than a decade to really take off! It seems that he public and the industry are trying to grasp the concept, benefits and the impact of IoT. However, the topics of IoT in the early days are very general and people are getting restless and want to know more how it will impact their individual business or industry vertical with real success stories.

For the last 2 years, we received a lot of inquiries regarding how to start their IoT journey, how to start developing their business case, developing IoT solutions and selling IoT products. The interest in IoT courses increased multi-fold when the government is currently pushing the agenda of Industry 4.0. That’s when we realized we have not been nurturing enough “IoT talents”. Many of the local Universities are planning to revise their syllabus contents and some even wish to introduce “IoT” courses or programmes (Diploma, Degree or Masters).

Our recommendation for any University who wishes to join the Industry 4.0 or IoT wave, they must nurture the next generation talents in preparation for Jobs of the Future with the following framework:

Why Many IoT Final Year Projects Are Below Expectations?
Even though many universities have started to offer IoT as their Final Year Projects, there’s still one important element missing in their syllabus i.e. IoT Middleware. This piece of technology is one of the most important parts of the IoT value chain. In fact, it’s the one that creates an IoT ecosystem that brings multiple stakeholders together – the chipset, device, connectivity, cloud, big data analytics, applications, etc.

Below are some of the current pain-points faced by the Students, Lecturers, and Universities:

How IoT Ecosystem Can Solve the Issues?

The University needs to find ways to manage and control the project in a more systematic manner. In the industry, we normally managed via an IoT platform that connects the ecosystem of players such as developers, applications and stakeholders. Universities should do the same which can bring many benefits such as:

Only with the understanding that the knowledge gained from the previous batch of students and staff, the University can increase its value for the upcoming Digital Era.

The Pivotal Role of Technology in the Education Sector
A Career as a Product Engineer, We Can’t Imagine our Life Without Them
Even in the Digital Era, the Pen is Mightier Than the Keyboard – Here’s Why
Student-Related Policies One Should be Aware of When Planning Overseas Education
Importance of Teaching Life Skills in Classrooms
GL Bajaj Institute Of Management And Research- Crafting Tomorrow’s Managers Today
CONTACT US