The Quality of Teachers Does Affect Students! 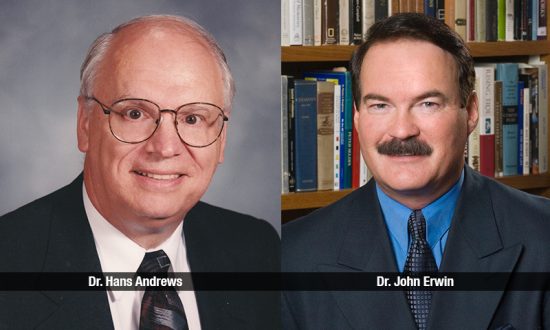 Dr. Hans A. Andrews is the Distinguished Fellow in Community College Leadership at Olney Central College in Illinois, U.S.  He is the former President of the college.

Dr. John Erwin is former President of Illinois Central College.  He is also the former Vice President of Instruction for Cincinnati State Technical and Community College.

Some years ago, Dr. Hans A. Andrews and Dr. John Erwin conducted a survey of student leaders from Illinois, U.S., community colleges. The student leaders had been invited to attend a statewide workshop.  The Illinois Community College Board had helped us by identifying the students who were a large part of their student advisory board that year.

The first question we asked was how they felt about the quality of teachers they had been experiencing in their colleges.  These student leaders, knowing that their names would not be made public, were very honest as well as blunt in their responses to the questions that we posed to them:

Students reported the following as ‘best’ (not in any specific order):

Question on what they considered the ‘worst’ teaching methods:

Question on how to improve on the poor teaching

Students expressed concerns that the hiring of quality teachers should be taken very seriously.  They also suggested having tenure (long term hiring) reevaluated.  They felt those teachers appeared to be locked into their schools long-term.

The need for meaningful teacher evaluation was mentioned several times.  The evaluators, they felt, needed to confront teachers with the problems when they are identified in their evaluations.  Follow-up on these evaluations was identified as being necessary to check on whether there had been any progress on the previously identified concerns.

These student leaders were next asked to express their feelings on how they felt when they learned they had a poor teacher for one or more of their classes.  They continued to respond openly and honestly:

“I feel outraged and upset since me, or my family is paying for the class and the school fails to provide a qualified instructor!”

“Worse than losing the money is when you learn that you have to have the same poor instructor for another class.”

“I am disgusted that I wasted my time and money on this class.”

“Mad as hell!  Not only was it a waste of time and money, it is a rip-off of students and families who do not have the money to lose.”

This is a sampling of the responses received.  There was, indeed, a great deal of frustration in having a poor instructor assigned to one or more of their courses.

Question:  Have you discussed your concern with a school administrator?

This was an important question for us to learn what happens when students try to get school leadership involved in improving the teaching they have been experiencing.  The following are direct quotes that helped highlight the frustration these students often had felt.

“Yes!  The supervising administrator cordially took notes and indicated the instructor would be talked to.  Then nothing happened!”

One student reported that it did lead to one of the instructors being dismissed from the school and the contract was not renewed.

“Our administrator indicated that he could not write the teacher up on the same charge twice.  That seems quite stupid when you consider he had a class of 25 students who were dissatisfied.”

An unusual opportunity with student leaders

This opportunity to survey the experiences of our community college student leaders was rare.  They identified that almost all of them had experienced both high quality and some low quality teachers in their colleges.

One of the reasons this was successful and provided honest response was our guarantee of confidentiality at the time of the survey.  This was very important because these student leaders may have additional classes with these same instructors they were discussing.

The ages of the student leaders we learned from the survey forms ranged between 18 and 50.  This survey, unlike most previous, was not limited to a single course of each student.

This survey did show that there were many excellent teachers in the community colleges throughout the state.  It also brought attention to the need to improve evaluations of the teachers.  If those teachers being evaluated as doing a poor job persisted it was brought out that the students felt they should be removed.

These survey results were shared with the leadership in each of the 50 state community colleges.  What was learned, and reinforced, was the fact that the quality of teachers did, indeed, affect the students.

Out-of-Class Students’ Assignments: Does it Really Work in the Era of the Digital Age?
The Importance of Liberal Arts Education – Today and in the Future
Face-to-face EduVersity: the New Blended Campus
The Importance of Sports Management
International Education: The Highway to a Bright Future
Play is Universal, Long Live Play
CONTACT US