The need for strong and clear Board policies for Evaluation 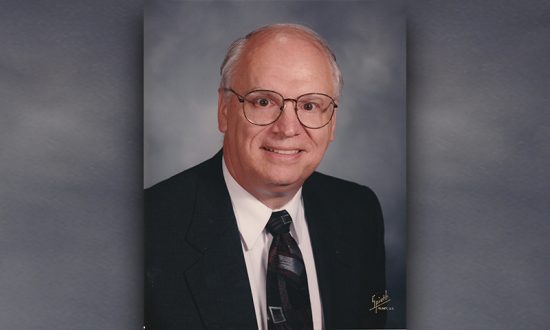 Imagine two young persons, Bushra and Maya, attending the same school from kindergarten through grade 12. Assuming these students had similar abilities, grew up as neighbors, and their socioeconomic background and ethnicity are very similar. Given these similarities, you might naturally assume that they would achieve almost equivalent results going through school. The difference with Maya’s progress appears to have been thwarted by having poor instruction from some ineffective teachers along the way!

Incompetent teachers should not remain in a classroom! The damage done to students by one teacher can have lasting effects and thwart student growth for two or three years or longer after one year of such poor teaching. Why do these teachers who are well known to be incompetent continue to be allowed to teach?

Public outcry!
A Chicago Tribune article suggested that the system of how mediocrity in teaching was protected is so calcified and thick, that it is no longer possible to see through it. A class of journalism students had visited the news room of the paper, and their teacher, responding to a student question about why the school would not get rid of their poor teachers was told, “There’s nothing we can do about so-and-so.” The editorial went on to state that the student’s look, after hearing that response, is one that no educator or policy maker should ever forget!

The news room people noticed that these students were all aware who the poor or lousy teachers were in their school. One student asked the principal, who was also in the news room, ‘What about the mediocre teachers?’ The response was that it is far too complicated to do anything about removing them so she does not even try to remove them.

Teachers who were surveyed in Australia about the teaching climate responded that 90% of their best teachers were not receiving the most recognition and/or innovative teaching was not being rewarded. These same teachers also stated that principals in their schools did very little in addressing the problem of the poor or under-performing teachers.

The public has also become cognizant of the fact that a process now titled, The Dance of the Lemons, is widespread. It is a process whereby those non-performing teachers are moved from school to school within a school district or sent on with ‘positive evaluations’ to other school districts in the state or country.

A Canadian teacher union leader stated, “I want to make clear that it was not the fault of the unions that those inadequate
teachers remain in our schools. School boards and principals need to step up to the plate”.

He made clear that school boards and administrators were abrogating their jobs by blaming the unions. He suggested they look in the mirror!

A former United States American Federation of Teachers leader, Al Shanker, also pointed to the lack of action by administrators as the reason incompetent teachers were still in the classrooms. He stated, “The machinery for dealing with incompetent teachers is in place in every community and has not been compromised by any negotiated settlement with the teacher unions. The truth is that most teachers are as troubled by the situation as are supervisors. Incompetent teachers reflect badly on the profession and their fecklessness usually ends on the back of their colleagues”.

Mary Futrell, former National Education Association director, professed similar feelings. She supported teacher evaluation processes by administrative or supervisory personnel if, and when, they are done in professional ways. She stated that most teachers were not against evaluation but did not want it done by someone listening in their class through the public address system or by standing in the hallway.

Whose responsibility is evaluation?

It is generally known that governing boards are the ones responsible for the hiring, promotion, and termination of teachers. There is a need for both strong and clear board policies in the arena of teacher evaluation.

In several editions of The Yearbook of School Law it is clearly stated that development of evaluation systems belongs to the governing boards. These laws, in most states, grant the boards the authority and powers through legislation and make it clear that the board’s authority cannot be delegated. Many times board members are not aware of the law and court decisions that have been made on personnel matters.

Governing boards also need to delegate the task of carrying out their evaluation policies to the administrators they have hired in their school system. Evaluation by supervisors, principals, department or division heads and others need to diligently follow board policies and know they will be supported by the principal, superintendent, college deans, and president and governing board in order to provide recognition programs, support and awarding of tenure, and have policies outlining remediation and/or dismissal of the teachers.

Testimonial by author
When being hired for a Dean of Instruction position in an Illinois Community College I found out that I was the only one of 17 finalists to have had any teacher evaluation experience.

In a faculty of over 90 full-time instructors, 14 tenured faculty members were removed for incompetence over an 18 year period. These decisions were made as a last resort after remediation efforts failed.

Over a period of seven years the college administration followed up on their graduates who had transferred to a senior institution in the state. Over 325 former students a year were enrolled at Illinois State University. These transfer students achieved the top grade point averages in twelve of these fourteen semesters out of the 50 Illinois community colleges that sent graduates to that university. The other two semesters they scored in second place.

The faculty members at our college were given copies of these results each semester. They came to understand the importance the honest and fair evaluation system at the college was having for the students in their continuing education and/or job placement opportunities. The governing board, whose policies were followed by the administrators, gave their support to these dismissals when they were presented with the evaluation history and due process procedures followed.

Careers and Universities
Learner ‘Hacks’ for Higher Education
Out-of-Class Students’ Assignments: Does it Really Work in the Era of the Digital Age?
The Importance of Liberal Arts Education – Today and in the Future
Dr Mohammad Tarikul Islam: A Young Scholar of Bangladesh Who Reached New Heights in 2020
Times of Change
CONTACT US