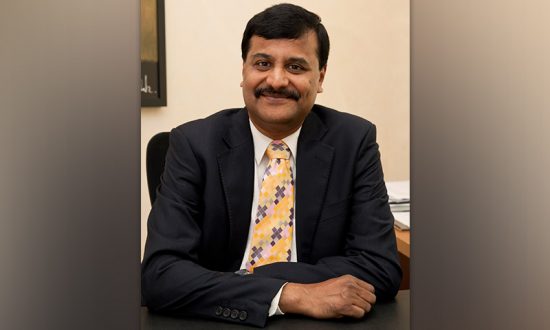 Dr Senthil Nathan co-founded and heads Edu Alliance Ltd, a boutique management consultancy specializing in education in the UAE and the USA. In the past 6 years, he has consulted for over 25 universities and investors and helped establish new universities. He is a professional engineer and an experienced academic leader with over 30 years of experience in university academic and administrative leadership, engineering and planning.  He has been working in the UAE for three decades, prior to that for 7 years in the USA. In the USA, he designed the 3rd tallest concrete building in the USA as a structural design engineer for Walter P. Moore & Associates, Houston.

There has been a small silver lining in these dark clouds of pandemic across the world.  Most of the 2 billion+ students, faculty and administrators – in the developed world, emerging economies and even poor nations – have gone thru the first-hand experience of online education.

Many educators would readily admit that these unexpectedly and abruptly imposed virtual teaching-learning experiences do not constitute authentic online education.  However, in one stroke in March – April 2020, this experience has helped eradicate a general ignorance of technology-enabled learning from many regions and countries.  This experience has also helped allay many concerns, fears and scepticism that many educators held for decades about the efficacy, relevance and usefulness of online learning.  Higher Education Institutions (HEIs) in the GCC region adapted very quickly to the fast-evolving situation in March – April 2020.

The Middle East region has had an interesting relationship with technology-enabled education. In particular, the GCC region has developed very strong technology networks, Internet penetration exceeding 90% and wide use of the Internet of Things in personal and commercial fronts. Countries such as the UAE are in the top echelons of the world in terms of Internet usage and technology adaptation.  Despite such fast and dynamic evolution, the adaptation of online learning has been slow thus far in the Middle East.  A primary constraint has been the challenge of accreditation agencies in the region that had taken with regard to approving degrees earned online.

For example, Saudi Arabia’s Ministry of Education “Certificates of Equivalency” process clearly excludes any credential obtained thru distance education; the UAE Ministry of Education equivalency requirements of distance – learning education includes a limited number of approved universities and programs and excludes any scientific programs that require labs and practical applications or other equipment.  The main concerns behind such restrictions against online credentials are the authenticity of students doing the work, the quality of instruction, and rigour of assessments of online degree programs.  These concerns are understandable given the hundreds of fake online universities that managed to sell hundreds of thousands of fake degrees in the Gulf countries.

However, there are many compelling reasons why the Middle East must not throw the proverbial “throw the baby out with the bathwater”.

At the beginning of the last century, university education was meant for a privileged few.  Mass access to higher education became a global trend – with a four-fold increase in tertiary gross enrollment in the world between 1970 and 2020, as seen from UNESCO data.  During the last fifty years, in addition to increase in participation, increasing population in many regions and countries – such as China, India, the Middle East and Africa – with MENA region experiencing the highest rate of population growth of any region in the world over the past century.  Considering the world’s fastest-growing populations between 2000-2015 in terms of percentage growth, the top five countries are in the Middle East (Qatar, Oman, Lebanon, Kuwait and Jordan).

In the area of MEA (the Middle East and Africa), spanning Africa’s Atlantic Coast in the west to Central Asia in the current population of 2.2 billion people is already double its population forty years ago.  But by 2050, this region will be home to 3.4 billion people, more than China and India put together at that time.  With such a young population, there are many imperatives for the policymakers and the governments to consider and plan for.  Increasing access to tertiary education is one major aspect to meet this challenge. Expanding existing HEIs and building new brick and mortar HEIs would not be sufficient to meet these demands.  Besides, many ongoing conflicts in the region adversely impact youth in these zones from accessing higher education, thus accentuating an already tragic situation.

It is worthwhile for the policymakers in the Middle East to consider the recent trends in countries that have faced similar access problems.

India is a very young country – with the average age of the population is at 29 – with associated challenges in access to higher education and youth employment.  It is no coincidence that the world’s largest university is based in India, and it is also no coincidence that it is an open / primarily online or distance education HEI.  Indira Gandhi National Open University (IGNOU) has an enrollment of over 3.5 million students.  Over 20% of students enrolled in higher education in India are enrolled with IGNOU.  It has 21 schools, a network of 2667 study centres, 67 regional centres, and 29 overseas centres in 15 countries.  IGNOU offers 226 academic programs at the certificate, diploma, and degree levels.  Aside from its enormous size and access, the policymakers in the Middle East may also note two other important aspects: it is fully government-owned – with no profit motive.  In spite of open access, its modest pass percentage shows that IGNOU does not compromise on quality.

In other countries with similar tertiary education access challenges similar mega universities, with a distance education focus, have been established: the Open University of China – established recently in 2012 – enrols over 2.7 million students.  Anadolu University in Turkey enrols over 2.9 million students, of which less than 1% (about 22,000 students) are on campus.  Allama Iqbal Open University enrols 1.4 million students in 2000+ programs, 9 regional campuses, 33 regional centres, 41 approved study centres (for face-to-face programs) and 138 part-time regional coordinating offices and 1172 Study Centers established throughout Pakistan. An incredible 38% of Iran’s 3.4 million university students study in one open university “Islamic Azad University”- the unique aspect of this university is that it is not government-owned – but a private, not-for-profit university with a large endowment.  20% of Nigeria’s 2m tertiary students are enrolled at the National Open University of Nigeria (NOUN).

What would a Middle East Open University look like:

Where should it be located? Considering all the advantages and market-access issues, Dubai may be one ideal location for this university to be headquartered in, though the regional centres may be established in every population centre in the Gulf countries.  This could be set up with multi-government collaboration.

How about the infrastructure?  This university could start with countries where technology infrastructure is already present to offer such programs and then gradually (or quickly) expand to regions where such infrastructure may need to be developed.  Study Centers in such regions could help provide local students with reliable Internet access.

Building bridges: Higher education has been proved to be a long-term bridge-builder between nations, regions and cultures.  Any forward-looking nation in this region could see this more of an opportunity to help build nations and youth, thus establishing a long term investment for regional collaboration and peaceful co-existence.

Adapting Best Practices: Every country and region need to develop an open university model that best fits their specific requirements and constraints.  However, the author believes that there are already a wide variety of open university models from which lessons could be learnt and quickly adapted to the Middle East context.

Even a five-year projection could show that the tertiary enrollment in a country like UAE could easily be doubled with an effective establishment of such an open university. 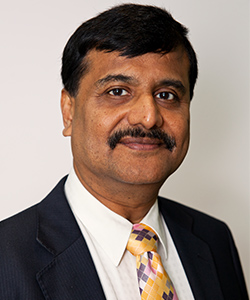 Dr Senthi has a PhD in Civil Engineering from Rice University-Houston; Leadership development from Harvard and MIT; teacher certification from Cambridge University, UK; Masters from India’s #1 university Indian Institute of Science, Bangalore and BE (Honors) from NIT – Trichy.  He was inducted into Rice Civil Engineering Honor Society; was awarded the Tata Gold Medal for the best graduate in I.I.Sc. and received Distinguished Alumni Award of NIT-Trichy from former President of India, Dr Abdul Kalam in 2014.

Summer Vacation Time is Much More than Hobby Classes
How To Make A Child Feel Less Anxious About Their First Day Of School
India’s Higher Education Turns Digital
The Future of Marketing: How Digital Marketing is Becoming a Lucrative Career Option
Creating Everlasting Societal and Economic Impact: HCT Today’s Distinctions and Strategic Foresight for Tomorrow
Middle East: An Emerging Global Hub of Higher Education and Research
CONTACT US