Home /STUDENT, STUDENT STORIES/The Long and Winding Road to Embarking on A Career in Semiconductors 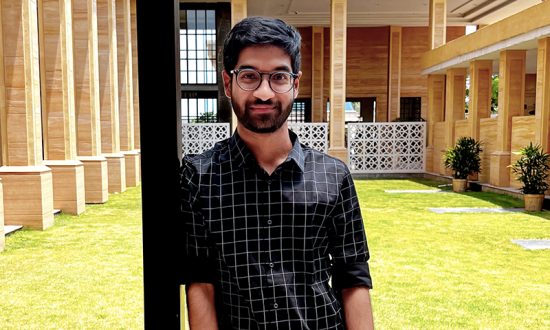 Ganesh Reddy is an Associate SSD Validation Engineer with Micron Technology, India. He started his journey in the semiconductor industry by doing a two-month firmware engineering summer internship at Micron Technology. Ganesh completed his graduation in Electronics and Communications Engineering from BITS Pilani Hyderabad Campus.

Popular opinion and my own propensities had me gunning for a course in computer science at the Birla Institute of Technology and Science (BITS), Pilani. However, I found myself assigned to the Electronics and Communications Engineering department in BITS Pilani Hyderabad Campus after my initial preferences were rejected. Looking back, it was probably the best thing that happened to me. The journey into the silicon nanosphere has been as fascinating as it has been rewarding.

In November 2020, still a year and half away from graduating, I came upon the call for a two-month firmware engineering summer internship at Micron Technology. The role spoke to me because it included firmware for development for Micron’s advanced Enterprise SSDs, based on their industry leading 176-layer NAND technology. Furthermore, the role was a happy marriage between my background and education in electronics and my passion for coding and scripting. I prepped hard, immersed myself into the often-overlooked world of memory and storage and discovered a fascinating company that was quietly laying the hardware foundations of the digital age. Little did I know then that my successful application would change the course of my life.

After braving the first wave of COVID, and staying home with my parents, I was looking forward to travelling to Hyderabad in May and July of 2021. COVID had other plans, as the second wave took a hold of the country, and we went back into lockdown. I confined myself to my room and resigned myself to a virtual internship. Things continued to go awry as the mentor who was assigned to me transitioned to another role and I was left to my own devices for the first few days. However, after learning of the situation, the team lead Aditya Shreyas himself, set up time with me and took an active role in ensuring that I had an immersive and valuable experience.

Micron’s operation in India is just over three years old, so the team has pretty flat, open, and fun culture. I began to interact with multiple colleagues across the organisation and they almost always responded to me when I reached out. I began to understand the role and contribute to the best of my abilities, while my mother supplied me with a constant stream of food.

I then went back to finish my 7th semester and was again offered a six-month semester internship working in the SSD validation team in the beginning of 2022. Still virtual, and with the background and relationships built in my previous two-month stint, I threw myself into all 176 layers of the world’s most advanced NAND technology.

I easily integrated this time and began to build on my existing knowledge base and got a comprehensive view into Micron’s processes and roadmaps and the Indian team’s growing role in these, thanks to the team director Sriram Akella. Again, Micron had been operating only for a little more than three years, so the rate of growth and the opportunities were phenomenal. Access to tools, knowledge and active/daily touchpoints with senior team members defined my six months.

Two months later, it was finally time to head into office. I was glad to leave the confines of my home and made my way to Micron’s plush Skyview office in Hyderabad. It was still early days of return to office, and I initially had to face a lot of hurdles in the office to adjust, but the small group of people from different teams working in my wing took initiatives and helped me in overcoming those hurdles. This made me feel comfortable and gave me the feeling of working in a start-up with a small group of people who were truly passionate about what they were doing.

I began contributing to the work more meaningfully and the continuous guidance from my mentor, buddy and manager ensured that I was productive and engaged. Days started to get busier as I ramped on different projects and interacted with colleagues from Singapore and Taiwan to collaborate on projects. These sessions helped me realise the global scale of things happening in Micron across various teams around the globe and the impact and importance of my contribution here in India.

Four months later, I was holding an official letter stating that I was being offered a full-time engineering position. I accepted the role of a full-time Associate SSD Validation Engineer Role and have not missed a beat since. The work is engaging, and I am lucky to be surrounded by kind and brilliant people. We are after all building the foundations of the emerging digital age and I take pride in that.

Journey From An Associate To An AVP
The Ultimate Student Guide 2022 to Studying Hospitality Management
Kasol to 'Kasole'
While You Await the Text Message, Pick Up a Book
How Advanced Education Technology Aids the Future of Education
How Online Career Skilling Helped People Bridge Skill Gaps During the Pandemic
CONTACT US