Home /ACADEMIC/The Art of Humour – and why it’s needed in Education?

The Art of Humour – and why it’s needed in Education?

Pratish Nair, Founder and Director, School of Branding and Advertising 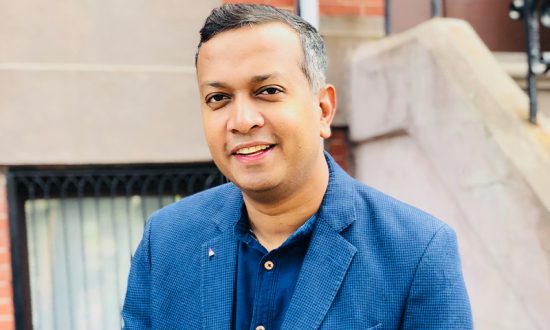 Mr. Pratish Nair is the Founder and Director of the School of Branding and Advertising associated with NMIMS, serving as a key player in the long-term vision and strategy of the institute. Mr. Nair completed his MBA in Marketing from the Chartered Institute of Marketing, United Kingdom. Upon graduating, he spent a brief stint working with Dolce and Gabbana in London before returning to India to begin his entrepreneurial journey. A lifelong fan of Indian cinema, Pratish entered the industry in 2009 by founding Kashi Films, a production house specializing in Malayali movies. He has also written and directed several stage plays and short movies. An avid story-teller, Pratish aims to build a world-class institution that helps nurtures both the professional and personal development of aspiring entrepreneurs.

John F. Kennedy had once said, “There are three things which are real: God, human folly and laughter. The first two are beyond our comprehension. So, we must do what we can with the third.” Nearly sixty years on his words still ring true, and nowhere more so than in the field of education. Humour has the potential to be a powerful instructional resource that helps teachers in a number of ways, including attracting attention, improving communication, soothing difficult moments, and reinforcing desired behaviours. The appropriate use of humour is a powerful tool that can help educators positively affect changes in a student’s knowledge, attitudes, skills, and aspirations.

At first glance, the casual observer might assume that humour should be the easiest skill area for an educationist to address. After all, how hard can it be? It certainly can’t compare to the trials involved with gaining the other skills necessary to impart knowledge. And besides, more books have probably been written on the art of humour than any other topic imaginable.

On the other hand, humour is often seen as the most threatening of the skill areas. For teachers, humour may be even more threatening in that, for them, humour must serve a subject-related purpose, not simply entertain. Furthermore, humour that ‘bombs’ for a comedian one night with one audience can be forgotten—a new audience will be in the theatre tomorrow. For teachers, humour that ‘bombs’ is remembered, not only by their students audience but also by the teacher themselves.

In spite of the anxiety, sometimes terror, that beginning users of humour might experience, it is worth the effort. Humour holds great potential for positively impacting an audience in the classroom. Who can argue with the fact that learning is most effective when it’s fun? People who possess a real sense of humour can take it as well as hand it out. Teachers shouldn’t be afraid to use humour – it’s one of the most powerful tools in their arsenal.

As any teacher who has ever attempted to insert humour into their classroom will know, the art of being funny comes in all sorts of shapes and sizes. The most obvious categories include the timeless joke, which is a relatively short prose build-up followed by a punchline; riddles, perhaps most famously used by Gollum in Tolkien’s classic ‘The Hobbit’; puns, which are often derided as the lowest form of humour but also have the potential to be the punniest; funny stories or anecdotes, generally drawn from personal experience; and observational humour or commentary, a well that is unlikely to run dry in today’s world. The more daring among us can also incorporate oxymorons, which are combinations of seemingly opposing words; Murphy’s Law, which aptly states that anything that can go wrong will go wrong; parody, on which army of Trump imitators have built their fortunes; limericks, especially those hailing from the Nantucket region; irony; and slapstick, so beloved of legends such as Chaplin and the Three Stooges.

Ultimately, humour is one of the best way teachers can develop a solid positive relationship with students. Humour helps teachers and students establish a rapport with one another—the ability to see the frailties of human nature, to be able to laugh at oneself and not take oneself too seriously. Sitting before a computer screen during this pandemic is really tough, mundane and boring for students. It’s perfectly okay if you believe you are not funny. We have all thought the same at some point. Let’s engage, educate and entertain them. Humour is not just about cracking a joke or laughing together – it’s an attitude. You don’t have to be funny to be humorous.

Play is Universal, Long Live Play
The Quality of Teachers Does Affect Students!
The Path to Being a Doctor in the USA (and/or Canada)
The Discovery Approach to Learning
An Entrepreneur’s Passion of Accelerating a Social Change Through Technology
Global pandemic COVID-19: Influence and planning for Indian Education System
CONTACT US