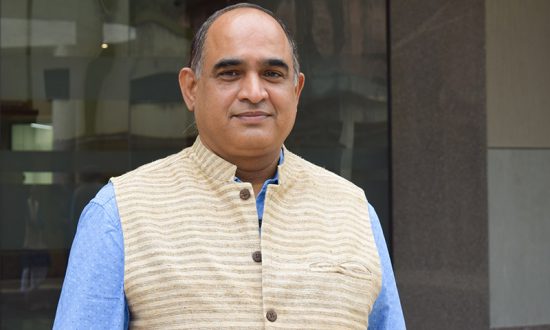 Prof. (Dr.) Y.S.R. Murthy assumed charge as the First Vice Chancellor of RV University, Bangalore recently. As a former civil servant from the 1985 batch of IAS and Allied Services, he held many responsible and sensitive assignments including in the National Human Rights Commission, Prime Minister’s Office, President’s Secretariat and Cabinet Secretariat. Between 2009 and 2020, Dr. Murthy steered the O.P. Jindal Global University during its rapid expansion phase as a part of its top leadership team as the Registrar. He contributed to its rise in international rankings and becoming an Institution of Eminence (IOE). Prof. Y.S.R. Murthy has published several books, book chapters and journal articles. He holds a Bachelors and Master’s Degree in Statistics from the University of Madras, M.A. degree in Human Rights from the University of London and Ph.D. degree from the Tamil Nadu Dr. Ambedkar Law University, Chennai. He secured University First Rank in M.Sc. and also the prestigious British Chevening Fellowship.

The liberal education is not new to India. Ancient Indian universities like Nalanda and Takshasila followed liberal education model more than two thousand years back. In the 20th Century, other streams overtook it but in the last ten years or so, there is a renewed interest in the study of liberal arts in India.

Some of these universities consciously embraced a purely western model for the study of liberal arts while some have included some India-centric elements. For instance, RV University is offering Indology as a minor and also as a part of it, a course on the study of Sanskrit language.

The National Education Policy 2020 recognised the importance of Liberal Arts Education and in fact came up with a four-year B.L.A degree. The new policy seeks to break the rigid disciplinary boundaries between Arts, humanities, sciences, technical and vocational education. It has encouraged the students in technical institutions also to pursue some liberal arts courses. Our sister institution, RV College of Engineering with which we share a campus is already looking up to RV University for the teaching of optional liberal arts course to its engineering students.

While discussing the Indian model for liberal arts education, the National Education Policy, 2020 offers some guidance. It says, “A broad-based liberal arts education at the undergraduate level for integrated, rigorous exposure to science, arts, humanities, mathematics and professional fields will be put in place. This would have imaginative and flexible curricular structures, creative combinations of study, integration of vocational education and multiple entry/exit points.”

Stressing the need to study Sanskrit, National Education Policy (NEP) 2021 asserts that ‘Sanskrit possesses a classical literature that is greater in volume than that of Latin and Greek put together, containing vast treasures of mathematics, philosophy, grammar, music, politics, medicine, architecture, metallurgy, drama, poetry, storytelling, and more, written by people of various religions as well as non-religious people, and by people from all walks of life and a wide range of socio-economic backgrounds over thousands of years’. Sadly, it is not taught at many universities that are offering liberal arts courses.

The fundamental tenets of liberal arts education are the same. For instance, if philosophy, ethics and religion or music were to be taught, while the names of the papers remain same between the western and an Indian model, the content of what is taught can have a unique Indian flavour in the indigenous mode. Such instances can indeed be multiplied.

Be it East or West, the broad structure for liberal education remains much the same with students having options to specialise in a diversity of academic disciplines ranging from humanities to sciences and performing arts. Inter-disciplinary studies will, of course, be a major constituent. The first differentiator can be that curriculum can be Indianised while the broad framework remains the same.

Some scholars are increasingly realising the colonisation of education and are agonised about it. It true that a Confusius or a Kautilya are often dwarfed by other dominant frameworks of thought, though they are no less significant. They argue that there is a pressing need for decolonisation of minds before the decolonisation of our curriculum. Hitherto, Indology was the preserve of some universities in the First World. RV University seeks to alter the paradigm by offering it from an Indian university setting. Students will also have an opportunity to engage in experiential learning and test their knowledge and beliefs at the field level.

When we talk about the liberal arts in the 21st Century, we need to factor the COVID-19 pandemic and how it drastically altered our social, educational, economic scenario. We need to prepare our students for multiple and emerging careers.

A totally western model is not desirable just as an entirely indigenous one. What we require is a mixed model drawing on the best elements of US or European model for liberal arts education while combining it with unique Indian elements.

When we refer to collaborations, the international ones at once spring to our mind. They are no doubt important. RV University has also gone in for international collaborations. With the same fervour, it has tied up with Indian Universities as well. We are in the process of forging more substantive partnerships with Universities, institutions and organisations within India, in addition to international collaborations. We want to partner with institutions in India that work at a grassroots level on various issues (rights of tribals, mental health, etc). As a part of India immersion programme, we want our students to spend their summer break in remote and rural areas to get a feel of the real India and its problems.

The RV University has tied up with Mysuru-based Grassroots Research and Advocacy Movement which is a policy research-based organisation, Swami Vivekanada Youth Movement, Nagaland-based Himalayan Institute, Manipur-based Human Rights Alert, Sochara, a community health rights ngo and many others. Such an element is an important constituent of an indigenous model for liberal arts education.

While three possible constituent elements of an Indian model of liberal arts education have been outlined, there can indeed be more elements.

The apostle of peace and father of our Nation, Mahatma Gandhi’s observations made many decades back are relevant in the current context. He said, “I do not want my house to be walled in on all sides and my windows to be stuffed. I want the cultures of all lands to be blown about my house as freely as possible. But I refuse to be blown off my feet by any”.

Time to be “Agile” and not “Fragile” – A reframed perspective on Career Development
Educational Technology Trends in the 21st century
Reconstructing Narratives: A Bridge for the Next Generations
What Makes Public Relations a Fascinating Career Choice
Future of Work Post COVID-19
Top 6 Trends in Education to Watch Out for in 2022
CONTACT US