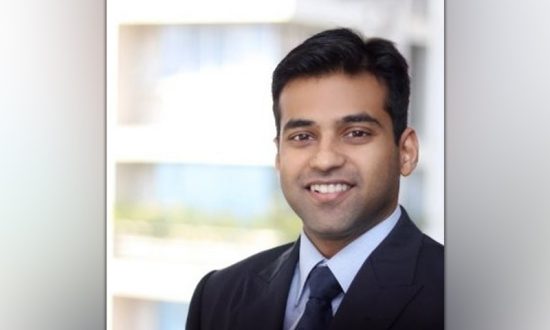 Abhinav is passionate about the confluence of technology and services in education and firmly believes that both are critical to delivering results. He is furthering that passion at The WorldGrad and LINC Education by pushing the online learning agenda. Abhinav comes with nearly 15 years of experience in the education sector and was a founding member and former Partner of Parthenon-EY’s international education practice. He has worked with a number of global higher education institutions on growth strategy, international expansion and improving student experience as well as advised PE investors, publishers, education companies and edu-tech ventures. He currently serves on the operations advisory board of The Education Fund, Australia. Prior to this, Abhinav setup a textile business through a combination of a greenfield production facility and downstream acquisitions.

Education as an institute of learning has been deeply impacted by the COVID-19. Amidst this, higher education and particularly study abroad plans of the students has received a huge setback. Although there have been massive changes to the way education is now imparted, one major factor that remains the same is the will for the educationalists and the students to go on. However, students willing to study abroad must keep in mind that the international study experience has changed due to Covid-19 and there are new trends in the market that they need to familiarize themselves with and prepare accordingly. Let’s learn about them.

No Change in study abroad aspirations:

Undeniable as it was, as of 2019, the IBEF reported more than 8 lakh Indian students had enrolled in universities across the world, but the number saw a significant contraction in 2020. The Times of India, in their article, stated that there was a 55% dip in the number of people who decided to study abroad with just 2,61,406 students flying as compared to the 8 lakhs in 2019. However, they say that 2021 observes a higher number of applications all over. As per Ministry of External Affairs, India, 71,000 students have already departed for their education in foreign countries. Applications by Indian students are also encouraged by the introduction of various schemes for international students, for example, the two-year post-study visa by the UK government, allowing overseas graduates a longer period to look for employment after their studies. According to Higher Education Statistics Agency (HESA), 13,435 Indian students are enrolled at London universities, an increase of 87 per cent on the previous year’s 7,185 students.

Reliance on EdTech platforms that tie up with universities:

It is well established that despite COVID-19, students still wish to pursue their studies abroad. With all the chaos around, students have grown to develop that they are to spend one semester or year abroad and then go over on campus. While opting for this, students have myriads of EdTech facilitators to choose from. In a survey by University Hub, it was made clear that students wanted blended learning – a mix of online and offline approach, so various Universities across UK, Australia, Canada, US, Dubai and similar preferred destinations abroad have tied up with EdTech platforms to implement this approach.

As reported in India Today students earlier shortlisted their universities based on factors such as the school’s reputation, ranking, faculty, student body, job prospects, and clubs & activities. According to a survey by HSBC on overseas education trends in India, around 44 percent of the Indian parents would prefer a ‘foreign’ education for their children. Healthcare infrastructure was not considered back then. With the pandemic expected to last for some more time, the presence of a certified health care practitioner in/near the university is expected to be a matter of concern for the students.

Choice of country is still an important decision maker:

As per user behaviors and traffic analysis on The WorldGrad- (a Study Abroad enabler), 55.1% of students are interested in Australia as their study destination and followed by the UK at 33.8%. It should be noted that the UK and Australia are among the top 10 countries that have managed to minimize infection and death rates better than others. Australian visa application process for many Asian students is relaxed in terms of financial requirements. International students in Australia can work up to 20 hours a week and after graduation, benefit from a post-study work visa. The Australian government has also initiated a Professional Year Program dedicated to all graduates of accounting, information technology and engineering programs, allowing them to work in a local company. HSBC survey reported that countries like the US, Australia, the UK, New Zealand, Canada, etc. are some of the most preferred destinations for the students as per the Indian parents.

We observed the breakup of traffic from various cities across India and found that while Delhi continues to show a significant interest of students for study abroad, it is outranked by Hyderabad, Telangana and Ludhiana, Punjab, followed by Gujarat, Ahmedabad, and the southern states.

Courses that appeal students the most:

Science based courses, which are traditionally thought to be professionally viable and income-earning potential, are on the top preferences of parents for their child as observed in the HSBC study abroad survey. Nearly 18%, that is one in five see computer science as a preferred choice for their child. Globally, medicine is the most favored occupation, with around 19% of parents preferring it, followed by Engineering at 11% computer science at 8%. A similar trend was observed on our platform too, while there are more than 100 qualifications to choose from, it is noticed that people who decide to study abroad for their undergraduate choose Business Management, Computer Science & Information Technology the most.

Emerging Trends in Skill Development
The Safety Net for India’s EdTech Revolution: Smart Regulations
Educating Children in Their Mother Tongue
Master's vs MBA - Which is the Right One for You?
IIIT-Delhi opens admission to its part time PG DIPLOMA IN DATA SCIENCE & ARTIFICIAL INTELLIGENCE in collaboration with IBM
The College of Business and Economics at the ‎United Arab Emirates University inaugurates the ‎‎”Executive Education Program” 2021‎
CONTACT US