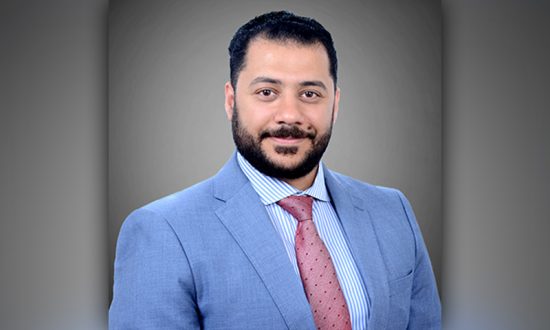 Shady Elkassas is a multiple award-winning and passionate Egyptian educator working in the United Arab Emirates. Since his childhood, he looked forward to a career in teaching, and become a committed educator providing high standards and practices in the education of young people. Shady is a popular STEM advocate and speaker in the Middle East region. He has taken initiatives to adopt project-based learning (PBL) and inquiry-based learning (IBL) methodologies to create a new foundation of STEM learning in school.

A few decades ago, if you were planning to travel to a new destination or another country, it is pertinent to visit the nearest library to do some research on your preferred destination, buy the language book of the country you are planning to visit and go to the travel agent that will help with the logistics of booking the flight and a hotel. But in recent years, you can perform all these actions from the comfort of your room with your personal computer or smartphone. Humans have used a small amount of time to achieve a high level of technological development. In present-day, it is near impossible to think of what life we be like without the internet, smartphones, e-commerce, applications, and other new inventions created via science, technology, engineering, and mathematics (STEM) occupations.

Demographics indicate that there is a shortage of capable hands in STEM careers. This is major because baby boomers (the generation that gave birth to most millennials) are fast approaching their retirement age in large numbers and this will hurt the workforce across the globe, and the fields under STEM are not left of this imminent changes in administration. In the United States, for instance, STEM occupations are number four on the ranking of the 10 major career choices for its share of baby boomers with at least a college education or more. 10 per cent of baby boomers that have a minimum of a college education—close to five million employees—are employed in STEM fields. The occupation genre that has the highest number of baby boomers—Managerial and Professional— will lose over thirteen million employees as more baby boomers move out of the labour market, and more than four million healthcare professionals are expected to retire.

Other occupations that are expected to have a considerable number of retiring people include Sales, Office Support and Education when combined, these three sectors will lose a projected 16 million employees with a minimum of a college degree in these fields. It is imperative to train more personnel that are competent in STEM fields due to the need for more workers that are STEM literate in jobs looking for STEM talent, especially, Professional and Managerial jobs. Adding to this issue is the perception that human capital and years of experience built up over time will be lost when these sets of employees retire. People taking the place of these experienced sets of employees are fresh graduates, and these new sets of workers cannot make up for the accumulated experience possessed by these retiring workers. Thus, educators need to place more emphasis on the production of more STEM talent not only for when the baby boomers retire, but also, to ensure that there is enough time for the new employees to gather enough workplace knowledge before the baby boomers move out of the labour market.

Employment in the STEM fields is responsible for 6.2 per cent of the general employment percentage in the United States (the major proponents of STEM education). In STEM-related fields, more than 66 per cent of jobs were in the design of computer systems and other related services industry. Jobs in the STEM field also accounted for more than 60 per cent of job openings in engineering, architectural, engineering, software publisher, and other related services. The peripheral and computer equipment producing companies have close to 60 per cent of their employees in STEM-related fields. Manufacturing industries – semiconductors, communications equipment production, and other related electronic producing companies, had close to 40 per cent of workers in STEM employment.

Many of the biggest jobs in STEM are associated with information systems and computers. Software developers take up the highest number of employees in STEM occupations with close to 750,000 workers. Both support specialist for computer users and analysts for computer system accounted for over 500,000 jobs each. Manufacturing sales representatives and wholesales of scientific and technical accessories (334,010) represents the largest STEM employment not associated with computers. Also, civil and mechanical engineering are STEM occupations that are not related to computers, and each was responsible for over 250,000 jobs. However, not every occupation in STEM was large. Some jobs under STEM accounted for the smallest employments in the United States – there were only 820 job openings for mathematical technicians. Post-secondary teachers for conservation and forestry science, astronomers, and mathematical science had job openings that were less than 2,000 each. For these reasons, the emergence of STEM Education within the confines of a classroom is to educate and train individuals with the latest information in the related disciplines to meet the present demand of the society, and to unlock the limit of human reasoning and problem-solving capability which in turn will promote meaningful development and improved standard of living. 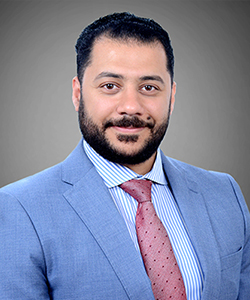 Shady believes that the capstone of education is to give every student equal opportunities to learn and for this reason, a true educator according to his is the one who acknowledges, respects, and appreciates students’ diverse backgrounds, learning styles, intelligence, and abilities. Following this perspective, he has centred his teaching repertoire around the concept of searching for the best way to meeting students’ individual needs. As a school leader, he communicated the same message to his team members.

He firmly believes that leadership has a strong influence on education reform, and he takes initiatives to communicate is a vision not only inside his school but also outside. Shady had been selected to be a speaker in three international education conferences in the region – GESS-Dubai 2016, 2017, and Fatih Educational Summit in Turkey 2016.

He was awarded the prestigious Khalifa Presidency Award for Education (2017) and Middle East Education influencer Award (2018). He was also a GESS education award finalist for two years (2016 & 17). For the past few years, Shady has been associated with Sharjah American International School.

With Robotics being of particular interest to him, Shady led the School Robotics team and helped them win many awards at international events. He has also been invited to speak at events like TEDx and GESS (Global Educational Supplies and Solutions Exhibition).

He is Microsoft Innovative Educator and Google Certified Educator and Apple Teacher. Shady qualifications include Masters of Science in Education, Executive Management Diploma and Bachelor of Science.

Time to be “Agile” and not “Fragile” – A reframed perspective on Career Development
Educational Technology Trends in the 21st century
Reconstructing Narratives: A Bridge for the Next Generations
What Makes Public Relations a Fascinating Career Choice
Consistent Mentoring is the Key to Mental Health
Careers in the New Space Sector
CONTACT US