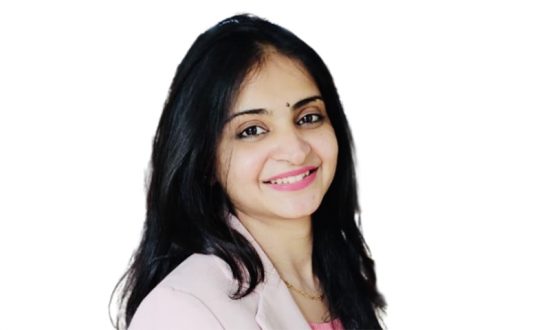 Dr. Srishti Sharma is an Assistant Professor and Lead of Artificial Intelligence and Machine Learning specialization at Department of Computer Science and Engineering, The NorthCap University (NCU), Gurugram. Prior to joining NCU, she was a Teaching Research Fellow in Netaji Subhas Institute of Technology (NSIT), Delhi. She has over seven years of teaching experience in esteemed institutions. She has done B.E. in Computer Science and Engineering from MDU, Rohtak and M.Tech in Information Systems from Delhi Technological University, Delhi. She has completed her Ph.D. from University of Delhi in the area of Natural Language Processing.

Artificial intelligence (AI) is no longer some futuristic omnipotent concept relegated to the realm of sci-fi movies; it has crept into our daily lives so inconspicuously that many of us haven’t yet realized that it’s almost everywhere — at our workplace, in our homes, cars, in our phones, laptops, and businesses across the globe.

After exhilarating fortnight-long performances, the Olympic flame, igniting nearly eight billion spirits, was finally extinguished and the Tokyo Olympics 2020 came to an end on 8th August 2021. During the quadrennial mega-event, Japan, the pioneer in technology, took the center stage and showcased exigent futuristic innovations right through the entire timeline of the Olympic Games.  From extensive use of recyclable materials in the podiums & medals to employing AI across Olympics village and arena, the Japanese, yet again, asserted their mettle with trademark efficiency and quiet fervor.

Any ardent follower of the pinnacle sports event wouldn’t have missed the remarkable functioning of Omega Timers or their rich AI capabilities shimmering with motion technology sensors and the ability to detect player movements like smashes, blocks, and spikes. The Land of the Rising Sun aptly demonstrated the prowess of technologies emerging on the horizon.  While on the plane the phy-digital adoption of Artificial Intelligence in board games like chess was observed; on yet another plane, the technology was seen penetrating the provinces of physical games, competing with us one-on-one in the sporting fields. The sensational CUE robot developed by Toyota stole the show by moves that stunned both basketball professionals and spectators alike. Not only did CUE manage to practice complex throws 200,000 times but it also eventually ended up emulating throws of the highest order of complexity with immaculate ease.  The unsung gold medalist of the Tokyo Olympics was none other than AI that donned many hats including but not limited to cutting edge facial recognition systems for authentication and security, AI-powered vehicles to deliver equipment to athletes, and AI-enabled robots for carrying luggage at airports and tracking suspicious activities.

However, despite this grandiose display and Japan shelling out a mega 15-billion-dollar bill, bitter experiences of some prominent participants hint at a failure in meeting standards of fair and accurate judgment. Discrepancies and controversies surrounded games like boxing owing to “poor judgment” and “judgment based on opinion”. Even after having 5 judges on board, ambiguity in results paved the way for diminishing hope in the Olympic halo. With no real-time insight whatsoever, umpires and viewers alike were unable to pinpoint accurately the outcome of these matches, akin to previous Olympic games. This followed the suspension of AIBA (International Boxing Association) which didn’t work, and the newly recruited Task Force for Tokyo Olympics 2020 also showed no improvement.

Six times world champion M.C. Mary Kom alleged, “I don’t know what happened, I thought in the first round, we were both trying to figure out our strategies and I won the next two”. After this soul-numbing defeat, the distressed player was shocked as she lost to Ingrit Valencia, whom she had defeated in two out of the total three rounds. Such an outbreak of controversies surrounding fair judgment provokes one to think about how technology can be used to aid judgment. A solution where outcomes are assessed by AI is far better than the apathy of indecision that comes with heuristic judgment. AI can cater to the requirements of umpires, players, and viewers worldwide, by ensuring real-time, crystal clear outcomes and unbiased decisions.

In Hockey, incidents of no result or “benefit of the doubt” to one team during team/ umpire referrals are a surefire way to a despondent outcome. The result of years of hard work done by players simply cannot be outsourced to the “benefit of the doubt” in such crucial moments. It’s of utmost importance that such scenarios where entire countries and their reputations are at stake, should not be overlooked. Using enhanced AI-based judgment of team referrals and umpire referrals can help bridge the accuracy gap for complex decisions involving intricate subtleties which go unnoticed even by the eyes of umpires.

The preparations for Olympics 2024 to be held in Paris have already begun, the quest to learn from the splinters shall ascertain victory of the worthy, for they have been plagued by inaccurate results and errors of judgment. The permutations of technological integrations through AI can pave the way for accurate decisions. One can only fathom its possibilities!

Communication Skills - The Ladder to a Successful Journey
Keys to Business (and Education) Success from Design Thinking
Future of Employment and the Role of Higher Education in the Post-Covid World
How to Boost Patent Filings in Academia?
IBM motivates students to develop PICO Satellites and Drones
These startups can help you make right career choice
CONTACT US