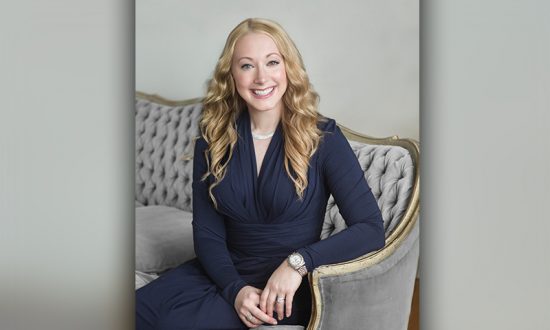 A couple of years ago, I happened to be in the same city where the annual conference for my fellow organizational psychology nerds was taking place. So, I took the opportunity to drop by and catch up with several colleagues I hadn’t seen in a decade.

One had just snagged a big promotion; one had landed a massive research grant; another had recently published a brilliant book. But during our conversations, each one of these unquestionably successful people said something to the effect of “it’s only a matter of time before everyone realizes I don’t know what I’m doing.”

I was totally floored, and not just because I have similar thoughts on an almost daily basis.

In my team’s research on how we see ourselves, we’ve uncovered two general types of self-awareness deficiencies. The first is to overestimate our abilities and contributions, which, for obvious reasons, hurts our performance and strains our relationships.

The second, which can be far more insidious, happens when we underestimate ourselves by downplaying our contributions, overlooking objective evidence of our effectiveness, or feeling undeserving of the rewards or accolades we’ve rightly earned.

The phenomenon where successful people don’t internalize their own success has been dubbed “Imposter Syndrome.”

In the 1970s, Oberlin psychology professor Pauline Clance was the first to publish her observations of imposter syndrome in action. Even though her students had attended the best schools, excelled in standardized testing, and earned exceptional grades, many didn’t feel like they deserved to be attending the prestigious university, reporting, “somehow the admissions committee made an error.”

People with imposter syndrome usually work harder than they objectively need to. They often recognize this pattern but struggle to break it—If I pull back even a little, they worry, I’ll finally be found out. This cycle has real consequences: even though people experiencing imposter syndrome can achieve their goals in spite of their self-perceived inadequacies, they’re more likely to experience depression, psychological distress, and poor mental health.

So who is vulnerable to imposter syndrome? In short, literally everyone. Initially, it was thought to affect mostly women. Female leaders, for example, tend to under-predict their boss’s ratings of them even though they are seen as slightly more effective (on average) compared to their male counterparts. But imposter syndrome has since been demonstrated in both men and women across a variety of professions and cultures.

And despite evidence that 70% of people will experience at least one episode of imposter syndrome in their lifetime, most suffer in silence.

An important first step, then, is to name and normalize the experience of imposter syndrome. But here’s what I think is the more fundamental problem. Whatever it is we are trying to achieve, when we look at those who are outpacing us, we inevitably have a biased perception of their journey.

It’s rarely evident to us, nor do they typically advertise, how much fighting, flailing, and failing they had to do to get where they are. To us, they look like elegant swans gliding across the water, when in reality, and out of our view, they are furiously paddling beneath the surface.

As writer Iyanla Vanzant so eloquently put it, “Comparison is an act of violence against the self.” The root of imposter syndrome may, therefore, be comparing ourselves to others without a full picture of what they had to do to get there.

The next time you see someone who appears to be effortlessly succeeding while you’re fighting to keep your head above water, remember that even those who are miles ahead of us face their own stressors, struggles, and self-doubts.

Success is not easy for anyone, and it is almost always hard-earned. The more we remember that, and the less we compare ourselves to others we feel are outpacing us, the more we can celebrate and appreciate just how far we’ve come, and how far we have yet to travel.

Role of Financial Literacy in Empowering Youth
How to Test and Trust Your Intuition
Is Virtual Reality the Future of Education?
How to Connect the World’s Most Promising Talents to the Best-in-Class Education and Opportunities
Fashion and Sustainability: Circular Fashion and Conscious Consumerism as Positive Move Towards Sustainable Future
Indian Hospitality Industry Needs Quality Workforce
CONTACT US