Pros & Cons of Education Reforms in Higher Education: Fact or a Mere Perception 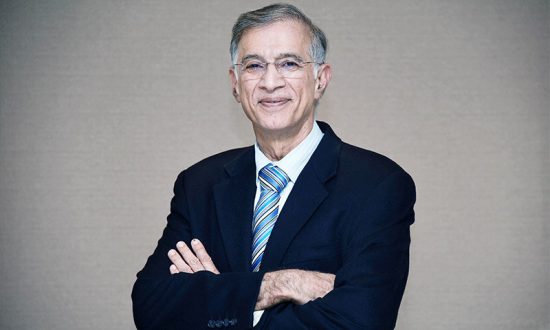 The importance of academic excellence in the making of a highly successful first-generation business entrepreneur is perhaps best personified by Dr Niranjan Hiranandani. As a student, he had the distinction of standing second during his graduation from Mumbai University in his Bachelor of Commerce Degree Hons. This was followed by completing F C A from the Institute of Chartered Accountants of India. Adding a new dimension to his versatile personality, it truly befits the new role of academician for one who started his career as a teacher to the students learning Chartered Accountancy. Over the years, he has set up the Hiranandani Foundation School, successfully run the academic institutions of the HSNC Board – it is only in the fitness of things that his wish to go further and become an educationist comes true as Provost of the newly set up HSNC University in Mumbai. Excellence was not confined just to his studies as the ‘Developer extraordinaire’ as also ‘the one who redefined the skyline of Mumbai’, he has evolved into not only an industry leader but also an Industry Knowledge Guru.

“The value of a college education is not the learning of many facts but the training of the mind to think,” said Albert Einstein. While we progress in terms of imparting knowledge, it is important to keep these golden words of Einstein before executing the best ideas and introducing reforms.

India’s newly introduced National Education Policy (NEP) 2020 is one such major reform that sculpts ways of excelling for beneficiaries of the education industry ranging from early age education to higher and technical education. The restructuring is mainly in terms of pattern and curriculum to make the source, intake and implication of knowledge in real life more valuable. Having been introduced as a policy after 34 years, it indicates the dire need to upgrade systems to meet the needs of today’s generation and the developments they envisage.

Just like the year 1991 when economic policy reformed and a window for liberalization, privatization and globalization opened, the present gen looks to expand their foot globally and India is ready for it. To incorporate the international standpoint, reforms that make India as a global hub are crucial. And just like our education minister rightly points out, India is on the journey of regaining its title of ‘Vishwa Guru’. With appropriate attention towards effective implementation of NEP 2020, the purposes and impact of higher education on the economy and the broader society have been transformed through time in the conceptual framework.

In spite of the unprecedented times the pandemic brought for the world, technological disruption turned education into an easy to access mode across the globe. It is a fact that these reforms in the midst of a pandemic have their set of pros and cons but the pros outweigh the cons. Education has now become an instrument for economic progress along with playing its original role to provide context for human development. With an increased inclination towards economic development, the education industry needs timely reskilling and upskilling to not be obsolete. Thus a progressive shift towards a hybrid model where the fundamental motive of higher education remains equally acknowledged along with its instrumental purpose, making it an embracing approach for the overall development of human capital as well as the economy.

”Investment in education pays the best interest.” As I recollect these words of Benjamin Franklin, it reflects in mind how the growth fluctuates proportionally to the education a country provides, especially higher education. A step of India towards liberal education is an opportunity to shape the future. To make which happen, the linear process like an assembly line of production in the factory needs to transform to a much-customized approach in every institution. The paradigm shift from standardized pedagogy to personalization as per the needs and talents of students makes a mark on the global map for more and more students to pursue higher education and from the respective country and organization which acknowledges their requirements.

The modern techniques uplift the demand for skills such as technical competence and complex problem-solving by critical thinking and multitasking, which increases competition and in turn, accelerates the pace of the working populace. The modus operandi for which should be blended, that equally highlights the essence of recreational values in the community alongside the basics one has been learning over the years. This, in turn, will also need a renovated attitude of teachers, which will now measure their competency on new scales; especially with the format of the multilingual curriculum where students find difficult to adapt English or a currently used language in the early stages.

As an evolving world of education, it is the duty of the regulating authorities to not let the reforms create a negative stir in the industry and among the stakeholders. A process to synthesize is the key to align the prospective developments with the plan of action in every possible arena. It is furthermore crucial to be backed with research in fields that identify India with a distinct and eminent status for higher and technical education. This is possible when an integrated approach of including emotional competencies, life and info-savvy skills along with the core area of study is adapted by universities and education institutions. Often these institutes lack accentuating on even speaking about delicate topics. It is high time for autonomies and authorities to pronounce a code for students and teachers to be comfortable bringing up fragile and intricate topics at the place of study.

All these points stated in course of action which is a fact yet considered perception by people who contemplate the new ball game promise development provided improvised steps are taken to succeed as a nation and in the race of humanity while booming the economy. 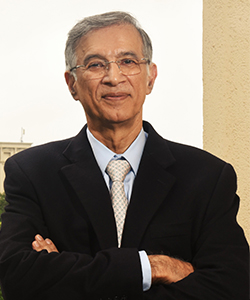 Even as a top real estate developer of a global repute to being the true ‘Real Estate Moghul’ of Indian Real Estate industry, Dr Niranjan Hiranandani always had an affinity towards providing quality education to society at large. The journey towards becoming an educationist started right with setting up the Hiranandani Foundation International Schools and Hiranandani Institute of Learning in his mixed-use integrated townships. He has the privilege of being on the boards of multiple educational institutions then chaired the HSNC Board where he looked after 17 colleges and 8 schools. Adding a new feather in the cap as an educationist, he also runs vocational skill training centres and institutions for interdisciplinary learning.

His ‘dream objective’ to enable an academic curriculum which would shape the young minds and transform them into an Industry Ready Profile has crystallized in the form of the HSNC University, Maharashtra’s newly set up Cluster University. As Provost of HSNC University, the journey is just a beginning.

Out-of-Class Students’ Assignments: Does it Really Work in the Era of the Digital Age?
The Importance of Liberal Arts Education – Today and in the Future
Face-to-face EduVersity: the New Blended Campus
The Importance of Sports Management
How to Make a Career in Architecture
Reset, Reboot and Reimagine for the Future of Higher Education
CONTACT US