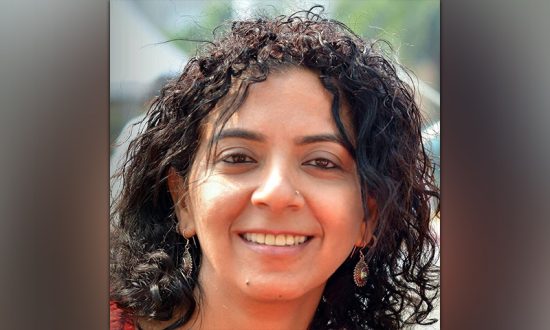 Sujatha Kshirsagar, the banker turned Ed-tech Chief Sales Officer at Career Launcher, reckons that her attraction and affinity towards education has existed since childhood.  It has shaped her life’s professional choices and path. Hailing from a middle-class Mumbai home, for Sujatha, education was the only escape to success. Her opting to tutor throughout her teens right upto her post grad days at IIM-B is a testimony to that claim. Quite excited about EdTech, Sujatha aims to lead leadership of CL as an EdTech player in the digital era post covid19.   On the policy side, as a member of the Delhi Dialogue Commission, she contributed to the transformational Education Policy for the NCT of Delhi implemented since 2014.

The Indian Education industry has a few things going in its favour. In India, education is culturally valued and is the No. 1 discretionary spend. The education industry is growing and is getting organized at a robust 10% growth rate. The test preparation market in India is at the forefront and is expected to grow by USD 7.22 billion, at a CAGR of almost 14% during 2021-2025 as per the Technavio report and the online test prep segment is estimated to grow at a CAGR of 39-43% during the same period. It is no surprise that getting good test scores enables one to get into better colleges and universities. The reach of quality education is going beyond the urban areas with the help of advanced technologies.  This, coupled with the various initiatives taken by the government in recent years, puts the Indian test-prep segment in a sweet spot.

Favourable Demographics: If you look at the age curve of the 1.6 bn population, with almost 55% of the population in the 0-29 age group and 26% of the population in the 15-26 age group, continuous education becomes an important part. India will have the highest and continuously growing learner population for the next 30 years. Also, education is culturally valued by Indian families. The propensity to put education spend as #1 in the family discretionary spends is only going to go up as Indian economy gathers greater mass and moves from USD 3 trillion to USD 6 trillion.

Policy Tailwinds: Over the past five years, the policy reforms, investments to create greater capacities, budget allocations, have shown tremendous forward movement. The Gross Enrolment Ratio (GER) outlook to reach 50% in the next 7-10 years or the creation of the National Testing Agency’s and more such are acting as strong and natural demand creators as well as for awareness creation at the grassroot levels. Policy makers have also been talking about making India a global education hub.  A hundred mega campuses in India across technology, law, management, design, fashion and so on will soon be hosting over 400,000 foreign students from across the globe.  This will naturally take the Indian entrance exams, boards, services to diverse geographies just as it happened with GRE, GMAT and SAT over the past four decades.  Many of these invisible movements will be seen as tectonic shifts a decade from now. EdTech companies will be able to leverage these for their businesses with lower customer acquisition costs.

Delivering Outcomes:  Education is the most hard-measured B2C service if you come to think of it. The student results outcome is critical. It is a must!

No parent will condone poor customer service by the EdTech company for losing a year or a seat at a premier college.  This premium on time and career translates into premium pricing that is inelastic too. At the same time, the ability of the EdTech to deliver results is paramount.  The acquisition of Aakash by Byju’s (say) was more for the results legacy that is claim-able than for the topline that can be added.

The other powerful outcome, from a business perspective, is that of a profit and cash-generating unit that understands unit economics and delivering high-touch services in different geographies.

Team and Technology: Top draw leadership team that inspires teams and leads from the front by doing hands-on innovation and role modelling is more important today than ever before.  Many a time, these are considered as a given and hirable from the market place.  That may not be true at all. Tech-skills is now as much needed as the skills of driving or doing excel sheets for an adult. The lines between functions have blurred.  Imagining technology to disrupt ones own function and work is not the job of a technologist as that of the business/functional leader.

Growth-Margin-Returns: G-M-R is crucial for winners. Eventually, this will turn out to be the key success factor that will separate the boys from men.  Growth, Margins and Return on capital are the real sustainable performance indicators that have to be mastered by any EdTech venture to be standing at the end of this period of excitement and discovery.  The incumbents who adapt themselves and re-invent themselves do have a great chance of standing there.  Unit economics, free cash generation, healthy return on equity or capital employed will occupy as much a centre stage in EdTech board rooms as that of a listed entity. Of course, some elbow room and a long runway are currently the norms.   This, in my view, will get tighter as greater disciplined execution will be sought by the investors once the froth settles down.

Accessible Education for all: Why it Matters
Role of Financial Literacy in Empowering Youth
How to Test and Trust Your Intuition
Is Virtual Reality the Future of Education?
25 Must-Watch B-Schools of the Year – 2021
Generating Enthusiasm and Curiosity in Children Using Game-Based and Experiential Learning Methods
CONTACT US