Shivanand Pandit, Author of the Book ‘Begin to Win’ and Autonomous Finance and Tax Adviser 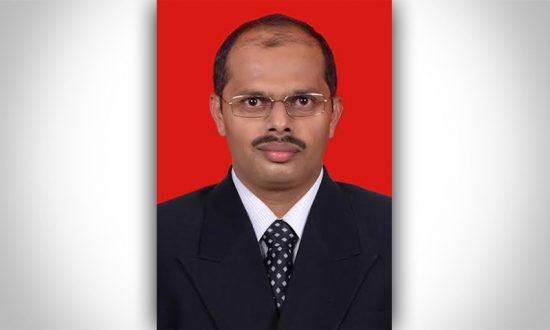 Shivanand Pandit is an autonomous Finance and Tax Adviser, a writer by zeal and a reader by passion. He has 24 years of experience in the field of Finance, Taxation, Cost management, Audit, Business management and Corporate laws. He has authored the book BEGIN TO WIN (a comprehensive guide for personality development) which has secured the First rank twice in a National level sales contest and topped the Notion Press publication’s Top-selling books. Pandit runs two institutes, namely Apex Financial Advisory Services and Winners Coaching Point in the State of Goa.

Indian education sector gets a new shade. The new National Education Policy receives the green signal from the government of India. The Union Cabinet has also favoured a proposition to retitle the Ministry of Human Resource Development as the Ministry of Education. While the policy stipulates plentiful transformations and structural modifications in the education segment, these restructurings have kindled countrywide discussions and debates.

A National Education Policy is a comprehensive scaffold to steer the progress of education in the country. It refers to the guidelines and ideologies that regulate the operating system of education. To formulate power-packed educational policies, many imperative aspects have to be taken into contemplation. These are mainly pedagogical methodologies, resource mobilization, curriculum content and the possible impact of the policy on different groups.

Education is a tool which places an ill-bred person on the track of an intellectual, progressive, moral and virtuous course of life. Education is the power that directs a person to the veracious direction. Fortunately, major prominence has been given by the governments throughout the world on education. There is a universal weight on increasing care on the aftermaths of educational policies and their influence on social and fiscal progress.

In India, progressively, people have started to understand and appreciate the importance of education, and this has elevated the country’s literacy rate in the past years. The Indian education system is famous in the world for its extensive and best academic knowledge. It has gained more recognition ever since the government of India permitted 100% Foreign Direct Investment on the education sector in 2002. However, in India, there is a wide gap between policy proposals and enactment due to social and political compressions and administrative lapses. Policies have also often been prejudiced by contemporary political agendas, and as a result, many lacunae in our educational system have still endured.

Even though education policy has played an infinitely imperative role in the development of education since pre-independence days, a brand new chapter in educational policy began with India becoming independent. Since 1947, the Indian government has introduced a variety of measures to quicken the growth of education in both rural and urban India. After India adopted the Constitution, education became the accountability of both state and central governments.

Considering commendations of the Kothari Commission, Prime Minister Indira Gandhi announced the first National Policy on Education in 1968. The policy upheld the need for a radical restructuring of the education sector for the superior cultural and economic progress. The government, led by Rajiv Gandhi, introduced a new National Policy on Education in 1986. The policy highlighted the equalizing of educational opportunity for all the citizens of India by eliminating inequalities present in the education segment. In 1992, the government of P.V.Narasimha Rao modified this policy. In 2005 the government of Manmohan Singh adopted a new policy centred on the ‘Common Minimum Programme’ of United Progressive Alliance.

Thirty-four-year-old National Education Policy has been replaced by the Modi government in the year 2020. The new policy has stipulated plentiful amendments and reforms in the education world. Two committees, namely the TSR Subramanian Committee and the K Kasturirangan Committee, have informed the final draft after taking nearly five years. Let us make a sincere effort to know about the important recommendations of the new policy.

Extensive examination of the policy reveals that the policy only offers a widespread direction and is not compulsory to follow. It is only a policy, not a law. Education is a concurrent subject, and various reforms propositioned can only be executed conjointly by the both Central and State governments. Presence of huge disarray between these two governments does not allow a smooth implementation of the policy.

The new policy has not been presented in Parliament. For any policy to be a national vision, it should be discussed and adopted by the Parliament. Otherwise, the policy runs the risk of being upended by a forthcoming government. Very importantly, the new policy is completely silent on students of parents with transferable jobs.

By promoting regional and local languages, the policy keeps English on a back seat. This is not a welcome move because English does give us a great proportional global advantage. After all, it is the language that the world speaks in. This also directly means a waste of the books available in English.

The policy document is keen on the greeting of leading foreign educational organizations and allowing them to operate in India. However, the mechanism of defining or selecting the best institutions is absent in the policy. Furthermore, whether global universities show interest to enter India is a big question. In 2013 approximately twenty foreign universities including Yale, Cambridge, Bristol, Stanford had shown no interest in operating in the Indian market. Moreover, the participation of international universities in India is restricted.

Even though the government has fixed a deadline of 2040 to execute the complete policy, the requirement of funds is very crucial. Sizeable investments will be required in infrastructure, technology and teachers’ training to fulfil the policy suggestions. Ministry of Education is of the opinion that an increase in government funding of education to 6% of GDP will be sufficient to wrap the financial needs of the policy. However, history shows that no government managed to spend so much on education. Public spending on education in India has not exceeded 3.1% of the GDP in the last six years and was the lowest at 2.4% of the GDP in 2015-16.

To conclude, any policy, particularly in the Indian scenery, is as good as ink spilt on paper. Things begin to collapse at the enactment stage. Nevertheless, the national education policy lays down a radical dream for education in the country and ticks all the right boxes, its real influence will be assessed from the execution. The real test of a policy is on the ground, not on the paper. Proper implementation of the policy will fabricate the student brigade with the aptitude to take on what the 21st century has to tender them. Hope our education policy can be transmuted into a treat, not another trick in a long line of infidelities or fake promises. 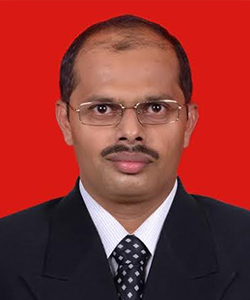 Shivanand Pandit is a winner of National Merit Scholarship and many other prizes in various quiz, essay and elocution competitions. He has authored one Kannada book which talks about virtues of an ideal life. Pandit has contributed articles to numerous national and international periodicals such as Industrial Economist, India Business Journal, Business Goa, Business and Economics, Lawz, India Legal, Indian Economy and Market, Corporate Tycoons, Businessworld, Goa Chamber of Commerce journal and Legal Era. He has co-authored four books, namely Flying High, Beyond 2020, Nine Trends in Higher Education and A Few Good Women. Pandit is a public speaker and conducts corporate training programs, motivational seminars, financial, taxation and investment planning seminars all over India. He is a guest faculty for few commerce colleges of Goa.

The Pivotal Role of Technology in the Education Sector
A Career as a Product Engineer, We Can’t Imagine our Life Without Them
Even in the Digital Era, the Pen is Mightier Than the Keyboard – Here’s Why
Student-Related Policies One Should be Aware of When Planning Overseas Education
Greenwood High students perform virtual concert to raise funds for food supply to disability school
How EdTech Platforms Are Helping Schools Navigate an Uncertain Year
CONTACT US