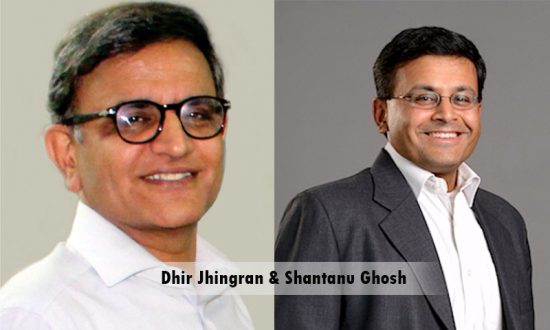 The 60-page New Education Policy (NEP) unveiled by the Union Ministry of Human Resource Development is one of the most important, clear-eyed and succinct policy documents in recent times. Correct diagnosis of an ailment is fundamental to the course of its treatment. While the framing of rules, on-ground execution and ability to fund the proposed ideas will determine NEP’s success, its diagnosis seems spot on.

The golden thread that runs through the NEP is the emphasis on measurable outcomes rather than mere access to education. There is also a welcome thrust towards experiential learning, engaging pedagogy and holistic development of learners. The NEP gets to the heart of India’s education crisis at the very outset. It accords the highest priority to achieve universal foundational literacy and numeracy in primary school and beyond by 2025. Poor foundational learning at the primary school level, especially between ages 3 to 8, wreaks almost irreversible damage on students and the entire education system. The severity of our crisis is such that an overwhelming majority of the 12 crore children in primary schools cannot read and comprehend the simple text or carry out simple addition and subtraction. If unaddressed, India risks driving nearly 10 crore children, or an entire generation into the spiral of illiteracy. No amount of remediation at the middle school level can wipe off the accumulated foundational learning deficit of the primary school years.

“The rest of this Policy will be largely irrelevant for such a large portion of our students if this most basic learning requirement (i.e., reading, writing, and arithmetic at the foundational level) is not first achieved,” the NEP states perceptively.

The debate currently raging on about NEP’s recommendation on using mother tongue and local languages as the medium of instruction in primary schools, too, is inextricably linked to foundational learning. It would be amiss to see this through the lens of language politics or frame it in terms of aspirational English-medium education versus local-language instruction. The foundational learning crisis gets exacerbated when children just entering the system suddenly find themselves in an environment where learning happens in a language that has no similarity with what they use at home. There is now enormous evidence that instruction in a familiar language works much better in the early years of education than an unfamiliar language, especially English.

For instance, with Language and Learning Foundation’s ongoing project work in the field of foundational literacy in tandem with the Haryana School Shiksha Pariyojana Parishad (HSSPP) we have seen that when children’s local languages are used, they speak more, ask questions without reservations, are more actively engaged in the teaching-learning process and can be engaged in higher-order thinking and reasoning tasks.

Typically, in a rote learning classroom environment, the conversation ratio between teacher and students could be as unhealthy as 95:5. In schools where we can make foundational learning interventions, the ratio is almost 50:50. As the saying goes, up to grade 4, you learn to read, and after that, you read to learn.

Putting foundational learning front and centre and making outcomes the cornerstone, the NEP opens the doors for genuine private philanthropic participation in a big way. “The focus will be to have less emphasis on input and greater emphasis on output potential concerning desired learning outcomes. Regulations on inputs will be limited to ensuring the safety of children (both physical and psychological), access and inclusion, the nonprofit nature of schools, and minimum standards for learning outcomes,” the NEP says.

The focus on outcomes opens the door for results-based financing of learning improvement initiatives through philanthropic capital or corporate social responsibility (CSR) spends. This could be the catalyst for a large chunk of the $2.5 billion annual CSR spending coming into early education initiatives. That would, in turn, unleash the potential of blended financial instruments and development impact bonds (DIB) that channel philanthropic capital into outcome-based social sector interventions. The cooperation between governments, civil society organisations, and the private sector through CSR funds can achieve the NEP’s ambitious target of universal foundational literacy and numeracy by 2025.

The NEP could be a watershed moment in transforming India’s education. In failing to seize the moment, we might end up failing our children. 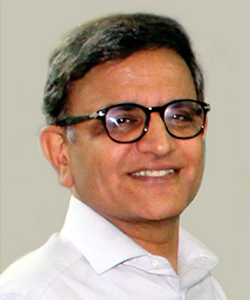 Dr Dhir Jhingran is the Founder Director of Language and Learning Foundation. He has worked in the primary education sector for over two decades, within and outside the government. As an officer of the Indian Administrative Service, he served as Principal Secretary, Education with the Government of Assam and as Director in the Ministry of Human Resource Development and Mission Director of Sarva Shiksha Abhiyan as well as the District Primary Education Programme. Besides, he has handled several other profiles, such as Senior Advisor to UNICEF India, Asia Regional Director and Chief Program Officer with Room to Read and Country Director, TESS India. He has made significant contributions to the development and implementation of early grade reading programs in several countries in Asia and Africa and several states in India. Dr Jhingran has authored two books based on empirical research in primary education that he conducted and has contributed to many books and journals. 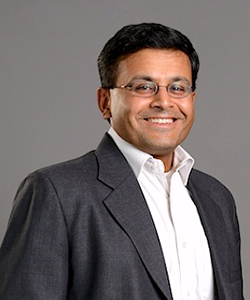 Shantanu spent three decades in business and finance leadership roles with Genpact, GE, Unilever and PricewaterhouseCoopers (in reverse chronological order). In the last decade and a half, he was part of the leadership team that made Genpact a global transformation services leader from a GE captive and co-led a portfolio of global businesses with revenues of more than USD 1.5 Bln. In the first half of his career, he was a finance specialist with the last stint as CFO for GE in India. In 2019, he decided to focus all his energies on the Indian social sector to give back to the community (as a culmination of a few years of self-discovery and belief in both the need and potential of India to move the needle in SDG goals) and began mentoring and advising diverse organisations in that sector. He is a believer in the thesis of organising risk capital in the development sector not just for the additional funding capacity but equally for the rigour it brings to focus and measurement of impact and creation of sustainable competences in the delivery organisation.

Gap Between Education and Ever-Evolving PR Industry Requirements
Role of Ed-tech Start-ups in Shaping the Indian Coding and STEM Education Industry
Narrative for Adaptive Learning in Test Prep Industry: How to Ensure Each Student Performance Improves?
Considering A Career In Cloud Computing? 8 Ways To Jump-Start Your Cloud Career!
Top Skills for a Successful Management Career
BYJU’S to Host World’s Biggest School Quiz Ever, Targets Over 1 Crore Participants
CONTACT US