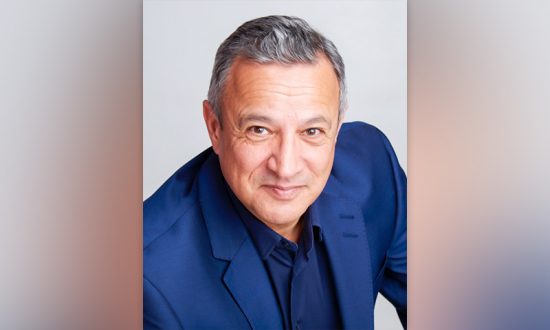 Chris Kinsville-Heyne is a Professor of Leadership & Strategy at Hult International Business School. As a British army officer, he commanded a NATO Mobile News Team at the end of the Civil War in the Former Yugoslavia (FY), returning shortly afterwards as a NATO Spokesman. As a Staff Officer, he designed the Crisis Communication plan for Media Operations in FY and was the focal point for all NATO communication prior to the Kosovo campaign. He has served in most NATO countries, training personnel to deliver strategic messages in challenging environments. Chris is also a Royal Engineers Intelligence Officer.

What does good leadership look like to you? Is it making sure you have all the latest information about the company or business? Maybe it’s making sure you get to attend those training courses you need to pass for that promotion? Perhaps it’s a private and kind word when things are tough at home? I only ask as it’s very different to each of us.

Whatever it is, there’s a fair chance that the leader or manager that has just displayed those characteristics has either picked them up on the job, or has worked for someone who has treated them that way or just simply feels that’s the way they should behave.

Let’s look at some of the biggest companies in the world and their leaders. How about Apple? Ok, Tim Cook runs it now but it was the brainchild of Steve Jobs. Was he a good leader? Well, again, that depends on your definition. Was he a genius that saw the future of computing? Yes, no question. Was he exact and demanding when it came to performance? Yes, definitely. But, if you read his biography you come away with a sense of a person whowas arrogant, talked harshly to people around him, cheated his business partners, fired people for little or no reason, was argumentative and lost control of his emotions. Who taught him to be like that? No one. He was his own man and he liked things his way.

How about Elon Musk? The guy who founded PayPal and Tesla must be a great leader with a terrific head for strategy, surely? It certainly seems to be the case, as people who know him describe him as having a nervous energy and a “let’s get stuff done” sort of attitude. However, if someone asks him a question which he considers stupid, well, that person needs to look out. Let’s say he doesn’t suffer fools gladly. A strategic thinker? Definitely. Inspirational? For sure. And this is another junction where things become difficult. Does that make him a good manager? The answer is, probably not.

In fact, to my way of understanding business, leadership and strategic thinking are a million miles away from management. How come? Well, I see it like this; A leader comes up with direction, the feel, the “what’s next?”. A manager interprets what that direction and feel needs. And makes “what’s next?” happen.

I’ve consulted at many companies around the world where this basic idea seems to have been lost, particularly where successful workers are promoted into management, where they suddenly become less successful. Ever wondered why? It’s not that they are less driven, less intelligent, less able. It’s because they are expected to lead a team, and they simply don’t have the skill set to do that effectively.

When I served in the British military I attended the Royal Military Academy, Sandhurst, which is, in my completely biased opinion, the finest leadership school in the world. The Academy moto tells you what you’ve getting into from the start, “Serve to Lead”. But it’s amazing how many people automatically assume, because I chose an army career, I spent all my time shouting at people to try to get them to do what I needed. They couldn’t be further from the truth. If you have to shout at people, you’re probably doing something wrong. After all, it was the great American leader, Dwight D. Eisenhower who said, “Leadership is the art of getting someone to do what you want because they want to do it.”

And here’s where I think higher education should play its part. Teaching business management and strategy does not prepare you to become an effective leader. You cannot control or force employees to do something they don’t want to do. So, while broad-based theories suffice in the classroom, the practicalities can quickly unwind in the office or on the workshop floor.

I believe universities should teach the art of effective delegation, of empowerment, of enabling individuals, of understanding how a team functions. I read something a while back which was about an oil company and how they were going to manage Millennials in their division. They gave them a complicated task to do with an undersea pipeline, a pumping station and dozens of other things, but complete freedom to do what they needed to in order to solve the problem; they didn’t have to be in the office every day, they only had to report in to their manager once a week, etc.

After three weeks, the team of Millennials turned up at the office and said they had something to show the senior management. Excited the bosses lined up and were shown a contraption which they couldn’t identify. When they were asked what it was, the Millennials explained they had built a remote submarine out of a beer barrel. There was an embarrassed silence before one of the bosses asked why they had done that. The answer was simple; they wanted to see who would manage the main project.

They chose the person who was best at handing a series of complex calculations, who communicated well with the rest of the team, and who understood how to keep to a budget and a timeline. That person let them get on with what they were good at, and they reciprocated. Neat, huh?

I also liked the story of how a cosmetic company reduced the number applicants for a handful of intern jobs by just asking a simple strategic question. “If we gave you $2,000 on Monday, what three things could you do for the company by the end of the week?” The traditional tens of thousands of replies for the intern job became a trickle of just a few hundred. It asked the potential interns to think strategically, and the majority just couldn’t.

In summary, get students into businesses to learn how things actually function. Let them talk to the workers on the ground but also let them talk to the board and the CEO. Get interactive with them. Who knows, you might even see them doing what you want them to do – because they want to do it!

Out-of-Class Students’ Assignments: Does it Really Work in the Era of the Digital Age?
The Importance of Liberal Arts Education – Today and in the Future
Face-to-face EduVersity: the New Blended Campus
The Importance of Sports Management
Career Opportunities for Students after K-12 graduation – Not all is lost if you do not pursue a degree program
Re-Imagining the Future of Higher Education Using the Three Horizon Model
CONTACT US