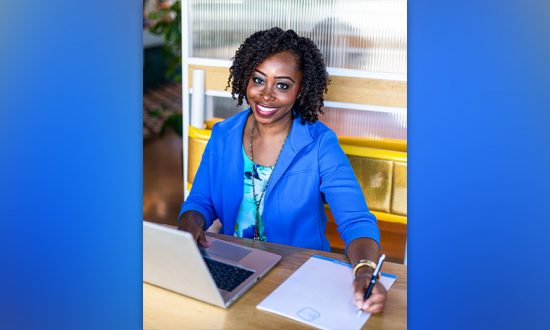 Dr. Mosadi Porter has been a contributor to the field of higher education for over 20 years.  She is currently serving at Lone Star College-University Park as the Associate Dean for Admissions and Outreach which encompasses Admissions, Outreach, 3 Campus Service Centers and Orientation.  Her journey started as a first-generation college student at Texas A&M University.   She earned her Bachelor’s degree in Speech Communication and Master’s in Educational Administration with an emphasis in Student Affairs Administration in Higher Education (SAAHE).   Her educational journey continued to the University of Houston where she earned her doctorate in Administration and Supervision with an emphasis in Higher Education.

There was so much excitement and anticipation at the thought of all that 2020 would bring.  Many colleges, churches and organizations touted 2020 as the year of new vision and new beginnings.  Little did everyone know that a few months into the year, the world would literally shut down.  The pandemic of 2020 had, and continues to have, many far-reaching implications for the world.  It invaded every unit of daily life.  The effects will be seen and felt for years to come. While the world was having widespread suffering due to the global COVID-19 pandemic, the United States was also battling several social pandemics.  The death of George Floyd burst wide open the ongoing assault on the African American community by the police sparking  protests, attacks on the Asian and Asian American populations, and a divisive presidential election tore apart already shaky relationships  among races, cultures and groups.

In March 2020 we witnessed a significant shift with the shut down of the education system in the United States which still has not fully recovered.  All educational institutions endured changes and losses.  Elinor Aspegren reported in USA Today that some colleges closed for good.  Schools, colleges and universities across the world had to make adjustments in the spur of the moment to accommodate the many unforeseen needs of its students.  Amid all of this, colleges were forced to examine a shift from students being college-ready to determining if the colleges were student-ready.

As someone who has served as a Higher Education professional for over 20 years and parent of 2 college-aged students, I experienced this from both sides.  It was a challenge to ensure that all was well at work, at home, and personally.  I am positive I am not the only one who experienced this.  Also, I am sure that I did not experience half of what some other colleagues experienced.  While trying to manage our personal lives, we had to think outside of ourselves and think about what our students needed.  The American Council on Education published a report in 2020 that was prepared by Active Minds, American College Health Association, American Council on Education, Healthy Minds Network, JED Foundation, Mary Christie Foundation, and The Steve Fund.  This report starts with the sentence “Higher education’s response to the COVID-19 pandemic rests largely on its executive leaders, whose varying responses to the crisis will make an imprint on their institutions for years to come”.  That was a lot of pressure to carry, but it was necessary.  They were expected to take care of work and students while facing their own personal issues, some pouring from the proverbial empty cup. “Eighty percent of surveyed faculty and staff believe that it is very or extremely important to model positive health and wellness behavior to students” (American College Health Association 2020).

In addition, many administrators had teams to lead and set an example for.  In my personal experience, I tried to continue to lead our weekly meetings virtually and keep up the morale of my team.  At one point, I had to be vulnerable and let my team know that I was not ok.  They did not see me as weak or incapable.  In actuality they appreciated the fact that I shared with them and felt that it allowed them to do the same.  That vulnerable moment released the pressure of them having to act like everything was perfect and that they had it all together.  There would be things that fell by the wayside and there would be some days that just were not good.

However, student services staff and administrators could could not afford to forsake the duties that were required.  Admissions, student activities, advising, orientation, and testing had to continue for those students who chose to go forward with attending college in spite of what was going on in the nation.  It was the job of the student services personnel to try to help students continue to feel connected to the college or university.  They attempted to anticipate the next wave of needs for the wide diversity of students, especially considering not all students had the same needs and issues.  Shifting ways of doing things while still maintaining the integrity of their institutional goals, strategies and policies became the daily way of life.  Many had to negate plans that had been worked on for months and justify things they never had to justify before in hiring, budgets and operations.

“Faculty and staff are on the front lines of serving and supporting students, leading the charge during these uncharted times. Supporting them is one of the most effective ways leaders can support students.” (American College Health Association 2020). In all of this, were the mental health needs of faculty, staff and administrators being attended to?  Student services personnel found themselves stressed, overworked, unable to separate work and home, experiencing loss of students from attrition, and not enough services available to them based on their insurance plans.  While there are Employee Assistance Programs, those typically have a limited number of visits included in the plan.  Staff and administrators must be considered when discussing the mental health of our academic communities.

An ‘Institution-Wide’ Approach to Improving Graduation Rates for Higher Education Institutions
Impact of Covid-19: Making Graduates Job Ready must be Top Priority
Academic Proficiency Alone is Not Enough, Life Skills are a Must
Do You Know Why Economics Is the Most Sought-after Domain After Technology and Medicine?
Courageous Conversations with Parents
How Pedagogical and Digital Transformation Can Increase Universities’ Bottom Lines
CONTACT US